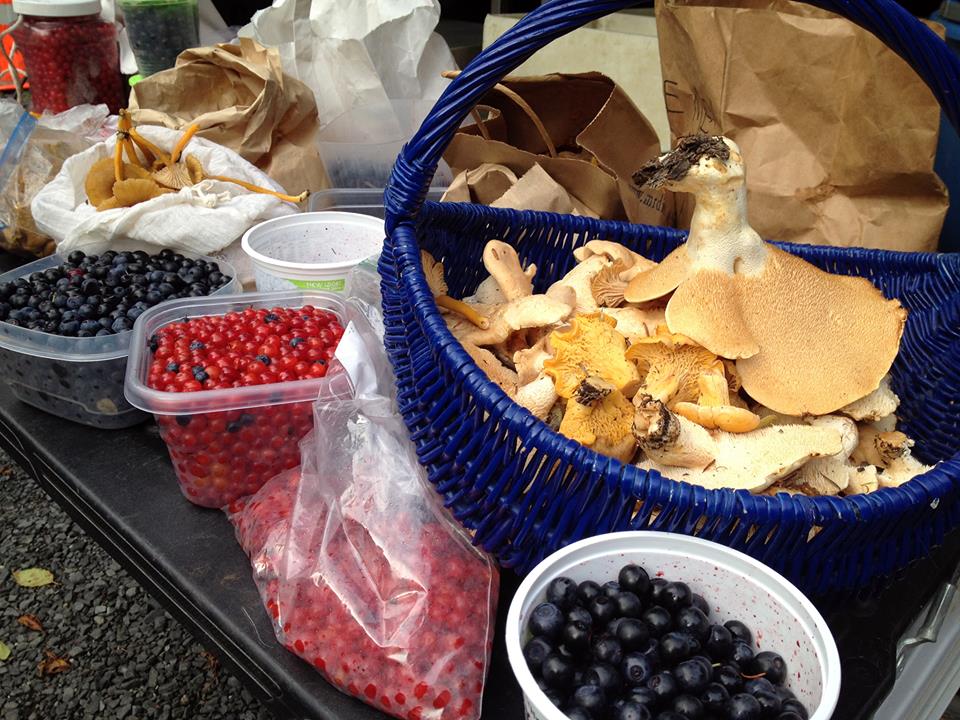 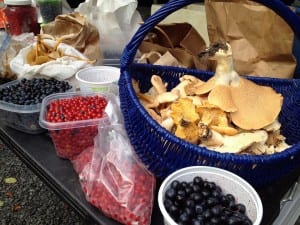 These blueberries, cranberries and mushrooms were gathered this month along the Stikine River. Photo/Orin Pierson

Wild food is one reason people choose to live in Southeast Alaska. Fish, deer, moose, mushrooms, berries are all part of the local pallet but there is a science to preserving it through the wintertime.


Sarah Lewis is an expert on preserving Alaska’s harvest whether it’s freezing, drying, or canning. She’s an agent with the University of Alaska Fairbanks Cooperative Extension Service’s office in Juneau. And her job is to share free research-based information with the public.

Lewis said freezing is considered the easiest but it takes up the most space and money.

“It’s actually the least cost effective because for the entire life of that frozen product you need to keep it frozen, which in Southeast, in many communities, can be relatively expensive to keep your freezers going,” Lewis said.

Freezing retains the highest nutrition in the food compared to drying and canning. The downside is you can lose it all if your power goes out.

“It can take hours and hours and hours,” Lewis said, “but it’s sort of number two when it comes to efficiency because once it’s dehydrated you’re not using any energy to keep it dehydrated. You know, you’re putting it on a shelf at that point.”

The downside of dried food is it has lower nutritional value than frozen or canned foods.

Lewis considers canning to be the food preservation method that falls in the middle of nutrition and difficulty.

“Once you learn how to do it, it actually is really is not hard at all, even if it’s pressure canning,” Lewis said. “Some people feel nervous about pressure canning, because it does require some specialized equipment but it’s really not complicated when you learn how to do it. So sort of intermediate when it comes to difficulty. It’s also intermediate when it comes to nutrition retention because you are cooking a lot of the foods and some foods when you cook them they do lose some nutrition. Some actually gain it but it’s kind of intermediate there. But it’s definitely the best for efficiency, cost efficiency, because once you’ve canned it, it can be on the shelf, best quality is one year but it will last safely for much longer than that.”

Canning fish and meats takes the most care. You have to make sure it gets hot enough and it’s sealed enough to store safely. The same goes for vegetables that you’re not turning into pickles.

“Those are all low acid foods and so what you’re worried about there when you can them and put them into an anaerobic condition in a jar is you are worried about botulism,” Lewis said.

Botulism is a rare poisoning that can be fatal. It’s a toxin produced by a bacteria in containers of food that aren’t stored properly. It can be killed by temperatures over 240 degrees and a pressure canner does just that.

But for pickles, berries, and other fruit the canning process is more relaxed.

“High acid foods you’re not worried about botulism when they’re in a jar,” Lewis said. “You’re just worried about yeast and molds. Yeast and molds can be killed with boiling water temperatures. So, that’s why we can can those in a water bath canner.”

Lewis says all methods of food preservation take time to learn. And processing the food also takes time. But the benefit of knowing where your food comes from and saving dollars at the grocery store is enough incentive for many people to go that extra mile.

You can find a lot more information on preserving food on the Cooperative Extension Service website.