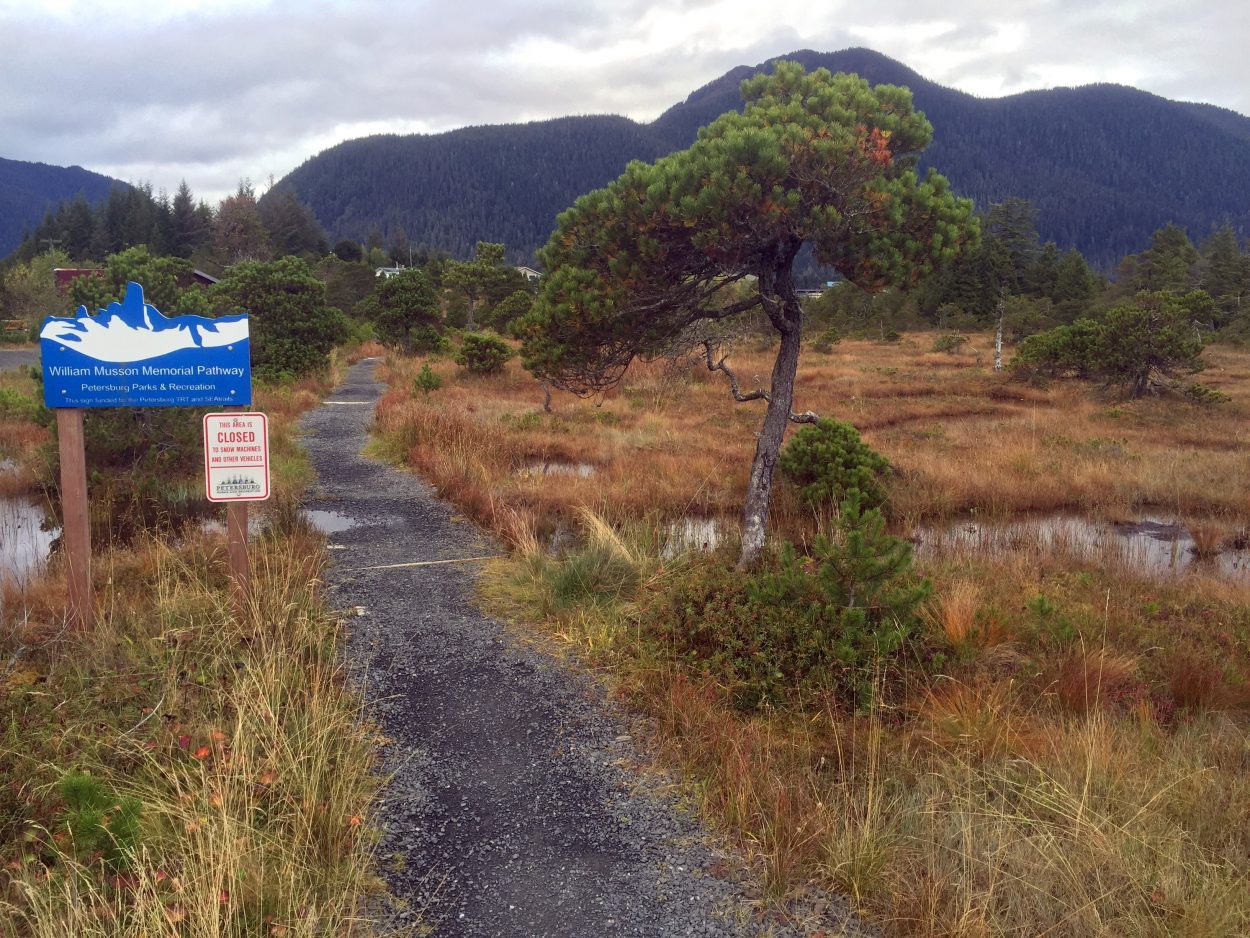 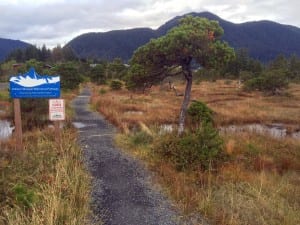 The William Musson Memorial Pathway runs from the Petersburg ball fields to the Tlingit and Haida Housing subdivision. Photo/Donnie Hayes

The Petersburg trails that connect the ball fields to Tlingit and Haida Housing and then from the Hammer and Wikan grocery store to the post office are getting upgrades this weekend.

Last year in September several volunteers got together and cleaned up Sandy Beach Park. Rock was put around the shelters, more sand was put on the beach and vegetation was removed.

Doc Lopez was one of those volunteers.

“It was a tremendous effort but it was all cut back and prepped and made just beautiful when we were done with it,” Lopez said.

Lopez is with Petersburg’s Church of Jesus Christ of Latter Day Saints. He said a handful of churches and other volunteers are trying to commemorate the 9-11 terrorists attacks in 2001 through annual service projects. He said it’s a way to recall how the nation came together after the attacks.

In a similar fall-time effort, local volunteers are gearing up to repair a trail near the ball fields this weekend. Part of the trail is the William Musson Memorial Pathway which runs from the ball fields to the Tlingit and Haida Housing subdivision. It’s maintained by the Petersburg Parks and Recreation Department.

Donnie Hayes is the director of the department.

“The actual muskeg is starting to take back the trail,” Hayes said. “And so you’ll have areas where water is rushing over the trail itself, pulling the rock off to the side or making a fairly large divot in the trail. There are sections of it where there are boards that are beginning to pop up or roots that are popping up and then it creates tripping hazards. Some areas are just so soggy that you might as well be walking in the muskeg.”

The department has only one full time worker taking care of over a dozen parks and trails, and the cemetery. And with budgets getting tighter, volunteers are even more important.

“It really puts us kind of under the gun and so this type of service really is extremely appreciated from Parks and Recreation,” Hayes said.

The Petersburg U.S. Forest Service office is offering up experienced workers to prep the trail on Friday so it’s easier on volunteers on Saturday to get the work done.

“So that way on Saturday really all we’ll have to do is bring in enough people to pull wheel barrows and dump rock and smooth and basically landscape the rock,” Hayes said. 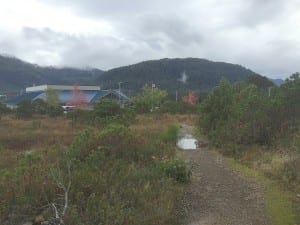 This trail leads from the Hammer and Wikan grocery store to the Post Office. Photo/Donnie Hayes

Besides the William Musson trail, the trail from the grocery store to the post office will also be getting an upgrade Saturday. This part of the trail has a mysterious history. No one seems to know who put it in. Last year the borough decided to take it over, in part, Hayes says, because he knew volunteers were going to work on it.

Lopez hopes that members of the community will step up to help with the project.

“We need all the help we can get,” he said. “The most valuable thing in our lives that we cannot purchase at any price is time. And we don’t get any extra of it. And so when we dedicate some of our time to service it’s a marvelous thing. In how much it is appreciated and how much we get to know one another.”

The Salvation Army and the Lighthouse Church are also involved in the trail project.

Volunteers will meet at 8 a.m. Saturday at the Hammer and Wikan grocery store.

The Petersburg Borough Parks and Recreation Department will be providing hot dogs and chips for lunch at 11 o’clock.