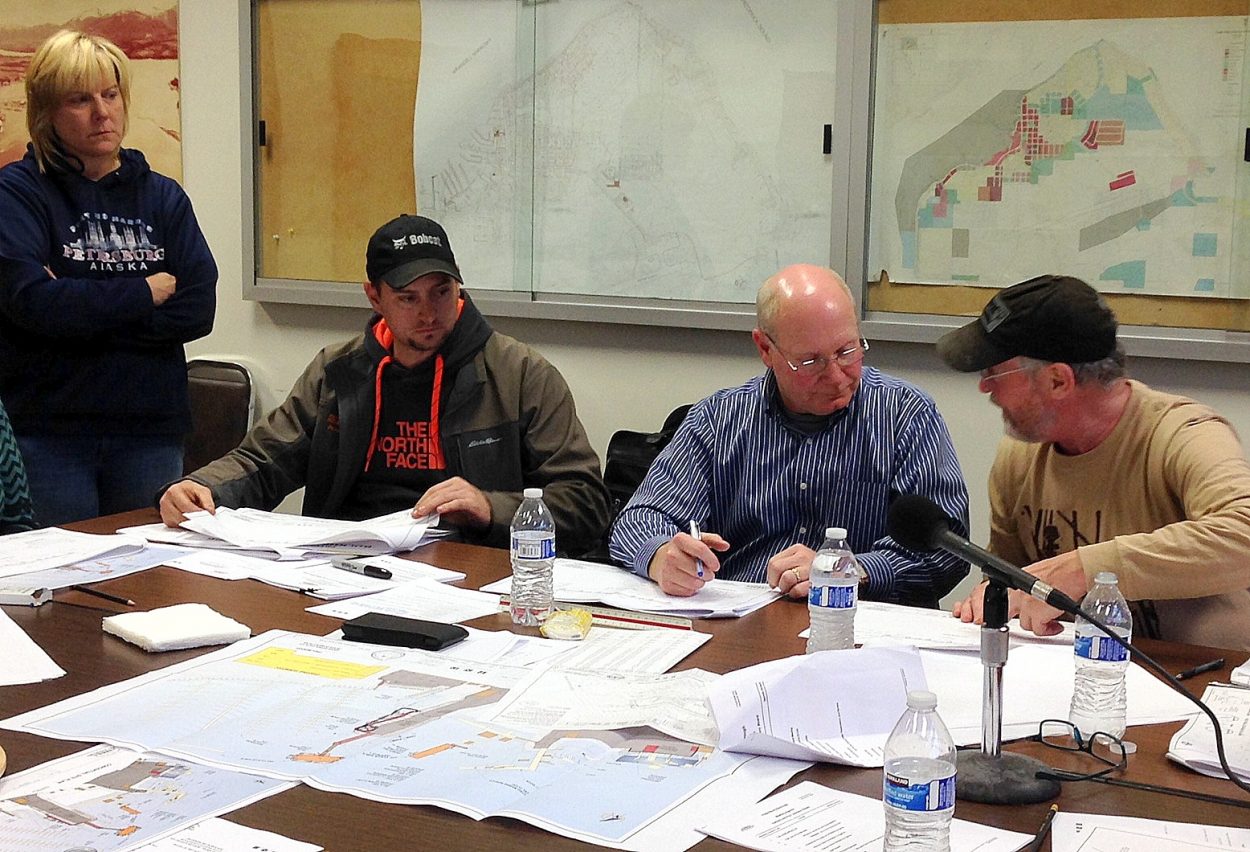 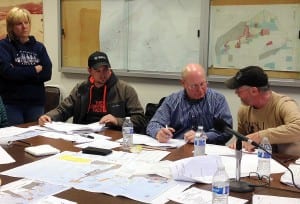 As a fishing town, Petersburg for years has relied on one crane dock for loading heavy equipment on and off of boats. This year the community got a new $9 million drive down dock. Now, with money left over from that project, the borough plans to build a third loading dock.


Papers, diagrams, and maps covered three tables that were pushed together in the borough’s assembly chambers. A dozen people sat around the outside: harbor board members, assembly members, the harbor master, one of the town’s heavy equipment haulers, and the engineer, Dick Somerville is with PND Engineers out of Juneau. He was presenting the 50 percent design plan of the Bulk Head Loading Dock. It would be another loading area for boaters, built onto the parking area of the new drive down dock.

The borough has $1.26 million dollars leftover from a state grant for the drive down dock project, funds that will expire at the end of June 2017. The harbor board considered two main options for spending the money: a pile supported loading dock at $3.1 million and a sheet pile bulkhead estimated at $1.7 million. The board decided to go with the bulkhead because it was cheaper and more stable. It would essentially be an extended area of the parking lot of the drive down dock. It would be made with fill material held together by sheet pile that would allow boats to pull right up to it.

But the engineers’ estimate of $1.7 million was still too steep and at the meeting, harbor board hashed out details looking for ways to save money. The harbor board is trying to keep the project within the range of what they already have-$1.26 million. 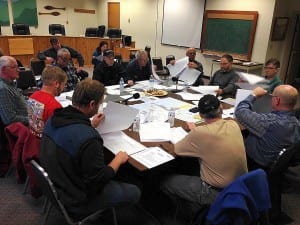 Petersburg’s Harbor Board met Oct. 21 to go over the 50 percent design plan for the Bulkhead Loading Dock. Photo/Angela Denning

The harbor board offered up some design tweaks and decided to hold off on dredging the area right now, at the same time focusing on functionality and how the dock will be used.

Charles Davis is the owner of Tonka Toy Rentals. He moves a lot of equipment on and off boats for fishermen like bait sheds, skiffs, crab pots and other heavy gear. He talked with board members and Harbor Master Glorianne Wollen about the size of the dock and how close he could get his boom truck to the boats.

PND’s Dick Somerville took notes. He said he is planning on having the 90% design plan of the project available by the end of November.

Harbor Master Glorianne Wollen called the harbor board meeting a good start to the project and said they would follow up with internal discussions over the next month.