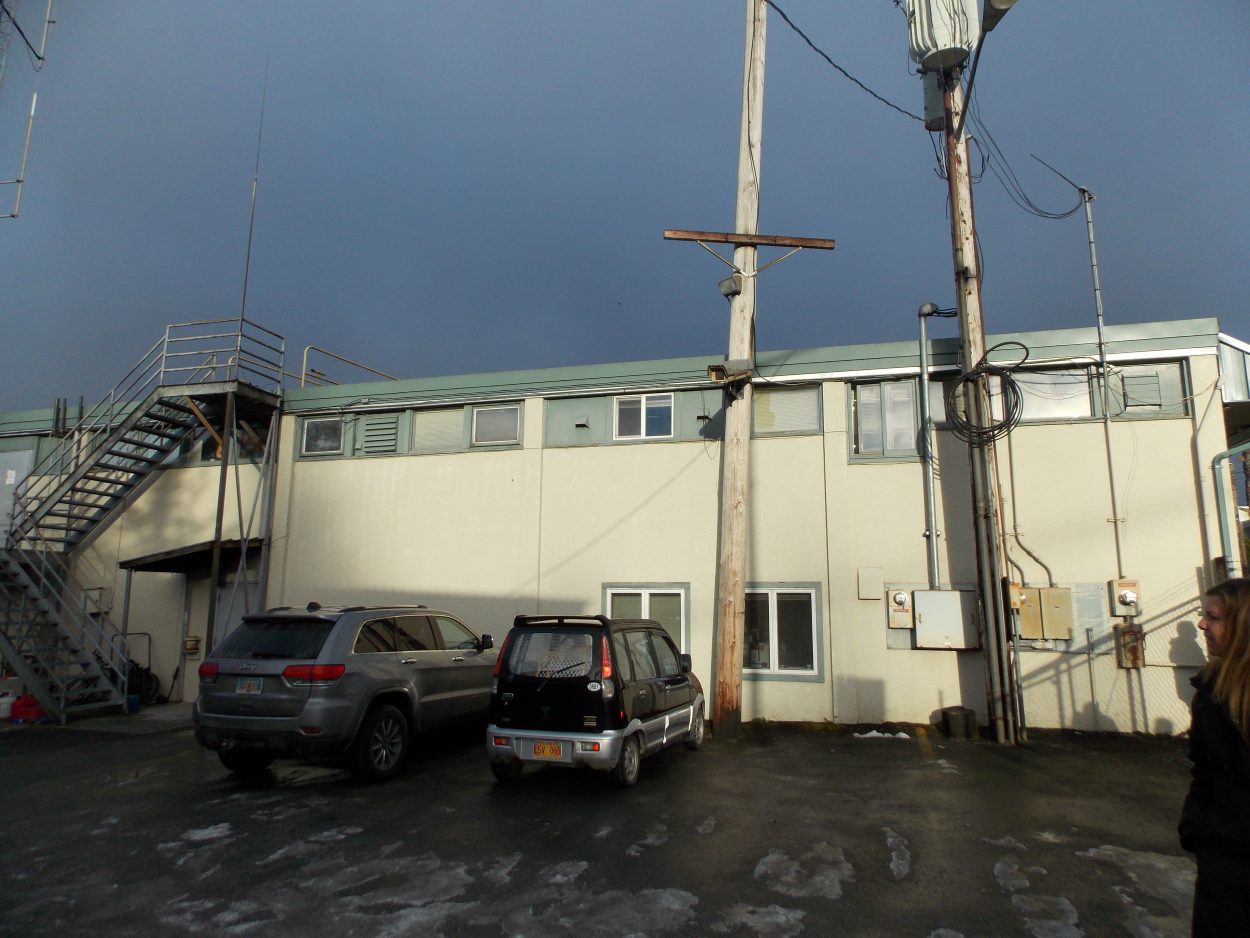 The Petersburg borough’s top capital project priority took a big step forward Monday. Petersburg’s borough assembly gave staff the go ahead to seek construction bids for the renovation of the police station and municipal building. The assembly also gave the first approval to a plan to fully fund the 10-million-dollar remodel, despite some misgivings about borrowing some of the money.
A new police station has been Petersburg’s top capital project need since 2012. That portion of the 58-year-old municipal building has a sinking floor and separating walls because of a failing concrete slab foundation. 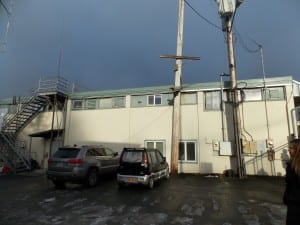 Public safety advisory board member Aimee Marsh read a letter from that board urging the assembly to go forward with the project. “The working condition for those inside the police station and other parts of the building are not adequate for officers, employees and dispatchers needs,” Marsh read. “The building itself is a safety hazard. The new proposed building will be a vast improvement for the police department.”

The board has recommended borrowing the remaining needed funds from the other borough enterprise funds to do the construction.

Several audience members were concerned about the borough borrowing that money from itself. Gerry Whitethorn was concerned with the long term impact of another project. “I’m not against the police department, I’ve been in there and that is a nightmare and they do need something obviously better than they have but I’m concerned about borrowing money from other departments to make this all work,” Whitethorn said. “I mean it looks like we’ve really scratched together enough money to try and get this three and a half million dollars we’re short.” 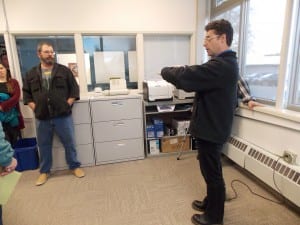 Architect Corey Wall of MRV Architects leads a tour through the municipal building Monday. Under the plans, this borough office space would be turned into new first floor offices for the police department.

Members of the public got a chance to tour the building Monday and ask questions during a work session with the architect that morning. During their regular meeting Monday, assembly members considered a resolution supporting the financing plan as well as authorization to seek construction bids.

Assembly member Bob Lynn asked about phasing the construction. “The way it’s designed now it’s kind of an all or nothing proposal as I see it,” Lynn said. “We either go for almost the full amount and the add-ons were about a million dollars less. Let’s say those bids come in higher, is there any way we could fall back and we could have it something less than the whole, so they could be done in different phases maybe sometime in the future?”

Architect Corey Wall of MRV Architects responded there were some possibilities for leaving out some of the pieces of the project. “There’s always things that can be done, absolutely there are things that can be done, but then it gets into a question of function,” Wall explained. “And so, just internally in the project team, we didn’t see there was any good easy way to just to a portion of it and still have the building function.”

The plan is to borough staff move out of the building and up to the Petersburg Indian Association’s Hallingstad–Peratrovich building for one year. Rent there would cost just over 100-thousand dollars during that time. Borough manager Steve Giesbrecht said staffers that would be moved include the finance office and administration for the borough.

“We’ve talked with PIA and we will rent space from them and move finance and admin to their building, as long as their board and my assembly agree that will work,” Giesbrecht said. “And we’ll be there during the construction phase until such time that we can move back into this building. The way we’ve phased the building, the PD can actually stay where they are until such time that the new space is available for them, then they move in.”

Overall, the construction is expected to take 14 months. It could start as soon as this summer, which would put the completion date the summer or fall of 2017.

With a 6-0 vote, the assembly approved the financing resolution but expressed interest in having more of a public discussion about the money for construction. The assembly also voted 6-0 to have the borough seek bids. Kurt Wohlhueter was on the phone for the start of Monday’s meeting but did not vote on those measures later in the meeting.