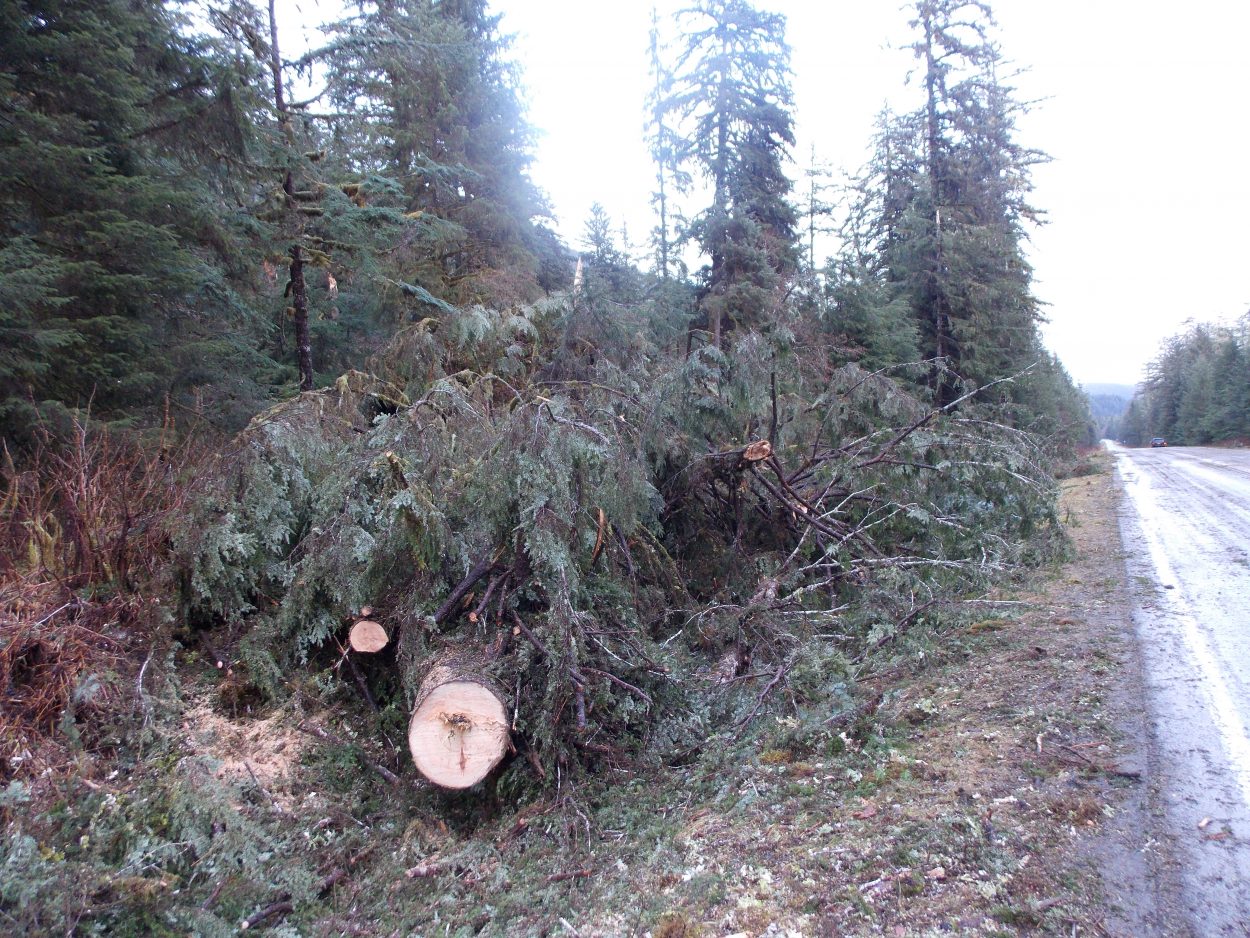 High winds knocked down trees and did other damage around Southeast Alaska early Tuesday morning.

Electrical customers on Mitkof Island south of Scow Bay were without power for about an hour and a half Tuesday morning.

The outage started around 4 a.m. and lasted until 5:30 and was caused by a tree on the power line about 8 miles south of downtown. Petersburg Municipal Power and Light superintendent Joe Nelson said in an email that employees checked the line for damage Tuesday.

Trees were also reported down across Mitkof Highway south of Petersburg. Mike Etcher is highway foreman and airport manager with the Alaska Department of Transportation in Petersburg. Etcher said there were nine trees down on or across Mitkof Highway in a two mile stretch starting about 15 miles south of Petersburg. Etcher said the highway was blocked in about six different places early this morning.
2
“So there was two of us and we cut and sliced and diced up the first three between 5:30 and 6:30 or so,” Etcher said. “But we came to some bigger ones and Power and Light was trying to get to the hydro out there as well and they come back and told us there’s some really big ones and a new pile just down the way so we had to go get the loader and come back and made short work of it, so everything’s good now.” 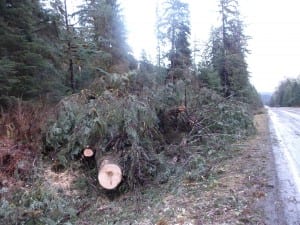 Mitkof Highway and the road to Papke’s Landing are cleared of downed trees. Etcher also reported a big area of trees knocked over not far from Crystal Lake Hatchery on southern Mitkof. “There’s a new clear cut between the highway and the power lines out there. A whole swath of timber blew down. Like I said it’s really impressive.”

One roof blew off a house about three miles south of Petersburg. Other trees were blown down near roadways in Juneau, Wrangell and Ketchikan.

Wind gusts were recorded at over 50-60 miles an hour at various spots around the region this morning.
The National Weather Service reports downed trees and power lines in Craig with wind debris throughout Prince of Wales Island.

DOT spokesman Jeremy Woodrow said there were no landslides reported from the storm. He said Alaska Marine Highway ferries are running on schedule in Southeast.

Meanwhile, Power and Light’s Nelson reported that Ketchikan is running on back-up diesel generators after a tree fell across the Southeast Alaska Power Agency transmission line near Ward Cove. That damage cut off power from Swan Lake, one of Ketchikan’s hydro-electric sources.