Biologist gives tips to trappers and hikers sharing the trail 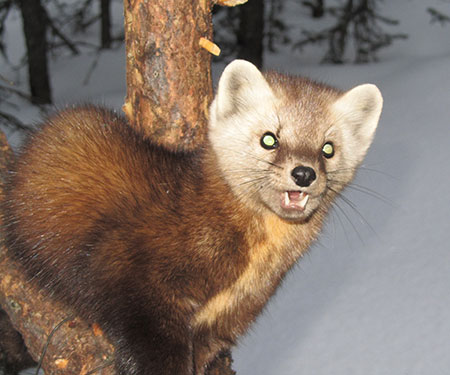 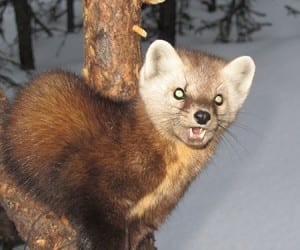 Martens are trapped in Alaska for their soft brown fur. Photo/ADF&G

About 15 people regularly trap animals in the Petersburg area. Trappers are targeting marten for the most part but also go after wolves, river otter, beaver, and the occasional wolverine. The local trappers must bring their furs to the Petersburg Fish and Game office to get sealed. Rich Lowell is the Area Wildlife Biologist at the office. He has worked there for about 15 years and has a good idea of the trapping that goes on around Mitkof and Kupreanof Islands and the nearby mainland. He tells me there are a variety of traps and snares being set in a variety of areas. While Petersburg Borough law prohibits trapping in the populated areas of town there are no state or federal laws regarding setbacks from trails; nothing to say that trappers can’t set along major recreational trails. Still, Lowell says he will intervene if there is what he calls an “inappropriate situation”.

This is the second story of a two part series on trapping near Petersburg. In the first story we heard from trappers and pet owners on sharing the trail. You can find tips on how to get your dog out of a trap or snare in ADF&G’s new pamphlet here.