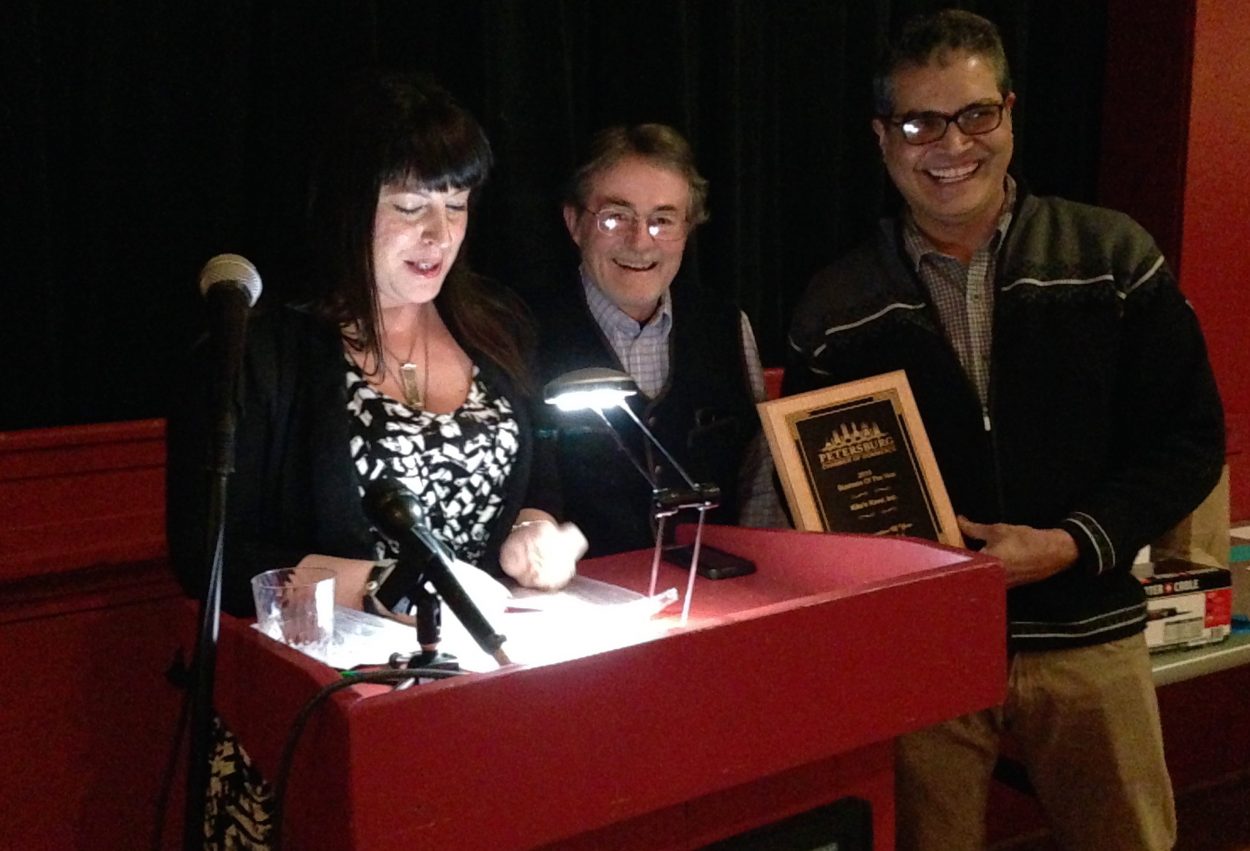 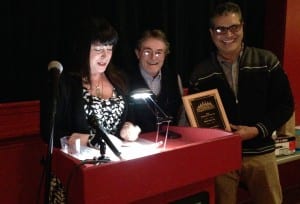 Petersburg’s Chamber of Commerce annual banquet was held Saturday night. An Alaska Airlines representative spoke about changes to planes coming and going from Petersburg and two lawmakers spoke on the budget cuts being discussed in Juneau.

The banquet drew a large crowd ready to eat, listen to the guest speakers, and win door prizes from local businesses. Several gift certificates were handed out as well as several hats from Alaska Airlines. One of the hats had 49,000 airline miles in it. It was given out by one of the guest speakers, Scott Habberstad, Director of Sales and Community Marketing in Alaska. He talked about how Alaska Airlines successfully competes with much larger companies like Delta, United, and Continental. The company employs about 1,900 people in the state in the wintertime.

Habberstad also spoke about the changes in airplanes the company plans to be flying in Southeast. Aircraft that carry half passengers, half cargo, known as “combi’s” will cease to operate in 2017. Instead the airline will start running some all-cargo planes.

“Alaska Airlines will have three 737-700s to operate in Alaska to better meet the cargo needs throughout Alaska,” Habberstad said. “I mean, right now we have five combi’s and one freighter. And in peak times, passengers and freight compete against each other.”

Habberstad said changing from combi’s to cargo planes will improve freight service throughout the state. When taking questions, he was asked how the change will affect shipping fresh seafood out of Petersburg. Without getting into specifics, he said he thought that would improve. 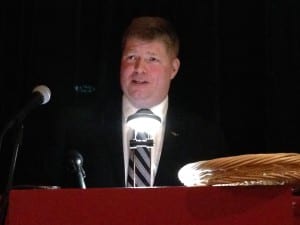 “The fact of the matter is we will have 700 freighters. We will be able to drop freighters in here on a scheduled basis and on an adhoc basis,” Habberstad said. “The thing about fishing and you guys know better than I, fish don’t come when we want it to come, fish come when they want to come. And so to schedule it on a daily basis is difficult because you don’t know when it’s going to be and you don’t know when the product’s going to be available. But we have a fantastic group of folks in our cargo team that I hope you’re working with and I hope you think are fantastic because I know they’re down here quite a bit working directly with you guys. We will have availability in the belly of the aircraft as well of the passenger side. So, I honestly believe that we will have a better mix of seats and cargo capacity with the new fleet mix we’re coming with.”

Habberstad said the company might start running smaller passenger planes in Southeast when the combi’s go away. He said they haven’t decided what kind of planes those would be but could include smaller prop planes. Other future plans include updating the 11 terminals they own, including Petersburg’s. And they plan to expand the Alaska Airlines terminals in Bethel, Barrow, and Nome.

Also speaking at the chamber banquet were two Southeast lawmakers: Senator Bert Stedman and Representative Jonathon Kreiss-Tomkins. Both said they didn’t want to be the downers of the banquet but recognized the grave state of affairs with the state budget. 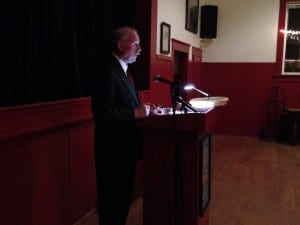 Stedman predicted that besides federal money coming in for roads and airports, there will be virtually no capitol budget for the next decade. And he told attendees to get used to operating budget cuts. He said, “It’s going to be painful.”

“Because frankly we have no choice,” Stedman said. “We either reduce the size and the footprint of state government or we’re going to have to tax everybody to oblivion to make the payroll.”

Kreiss-Tomkins said a variety of taxes will be on the table including a fish tax, aviation fuel tax and marine tax. He said he sees a debate starting between a statewide income tax and a statewide sales tax.

“I like the upside of an income tax that can capture some of the out of state payroll which is significant although not overwhelming in a percentage term,” Kreiss-Tomkins said. “They each have their pluses and minuses.”

Kreiss-Tomkins said there will likely be cuts to education similar to last year.

“You would see it, you would feel it,” he said. But it remains to be seen. We’re still in sort of the front side of the budget process.”

Stedman said he did not think the Governor’s PFD proposal will pass although he supports the concept of changing the permanent fund into some sort of endowment fund.

“I see very little chance of that passing this year,” Stedman said. “Maybe over a couple of winters as we work on it, some form of a restricting like that.”

Stedman said he didn’t like the dividend fund being tied to resource extraction while oil production is going down.

“When you tie your dividend to the titanic, I guarantee you, you’re going to sink,” Stedman said.

Stedman said Community Revenue Sharing will likely be cut in half from $60 million dollars to $30 million. That’s state money that goes to communities per population.
He said, in general, cuts will be across the state and all communities will feel it.

“I don’t want my district or my region of the state treated excessive in the reductions and I think DOT with the marine highway has been excessive,” Stedman said. “Too much, too fast and they can’t respond, as an example.”

Because there is so much on the table in the Legislature Stedman guessed the session could go into June.

Finally at the banquet, The Chamber’s Business of the Year award was announced. That went to Kito’s Kave for being active in the community and donating to local events.