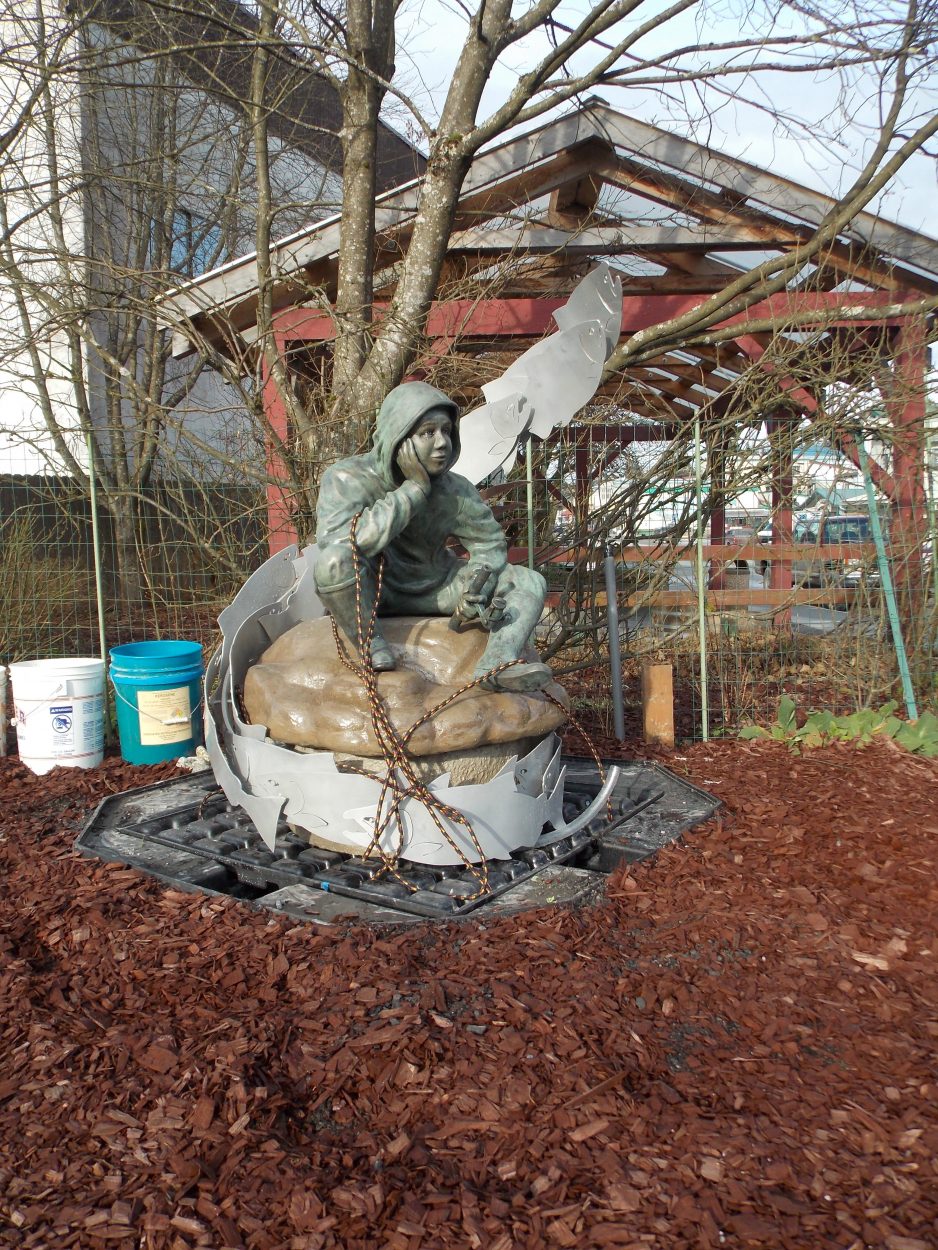 A new bronze sculpture was installed next to the Buschmann Park in downtown Petersburg on Friday.

The sculpture is called “Everything starts with a dream” and it’s the third public work in Petersburg done by artist Eric Larson. 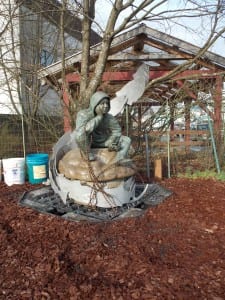 The fishing boy was cast in bronze and the piece has welded aluminum salmon schooling around the boy. A rock and pedestal are made of concrete. Larson estimates the overall piece weighs around 700 pounds. He paid for a crane truck to move the piece into position on Friday afternoon.

“Oh yeah if it was still in my garage I would still be fussing with it,” Larson said. “I was really apprehensive about bringing it down and worried that it wasn’t going to look right but no I like it.”

Larson first proposed this work in 2010 to commemorate the city of Petersburg’s centennial. Larson used a local boy, Gunnar Payne, as the model for the piece. Petersburg Arts Council members Cindi Lagoudakis and Michelle Pfundt championed the project and helped raise money and secure grants for the sculpture. The bulk of the 28-thousand dollars for the project came from Petersburg’s transient room tax revenue.

The finished piece will include a fountain with water raining down from the behind the boy into a basin of river rocks. It could be officially unveiled around Petersburg’s Little Norway Festival this year.