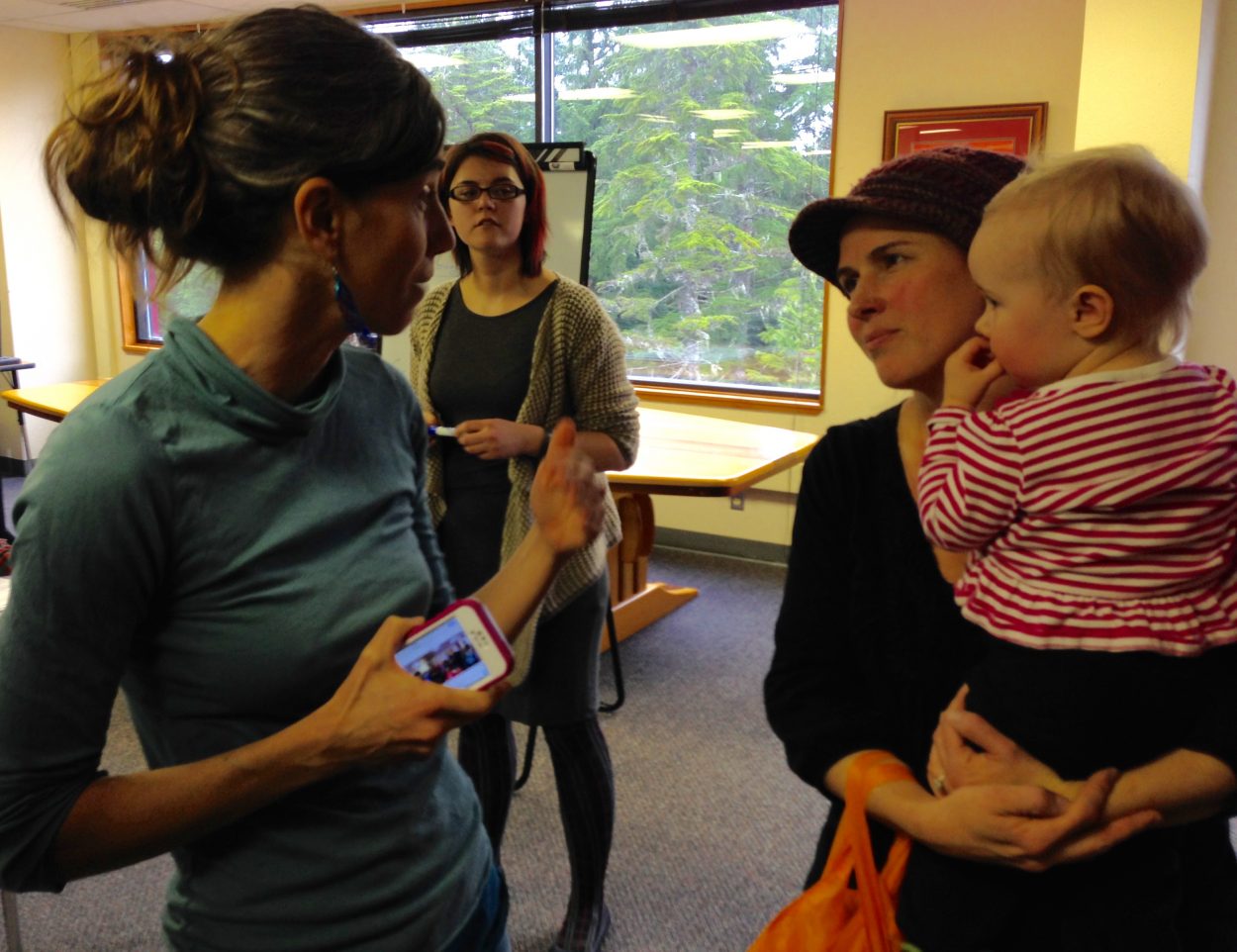 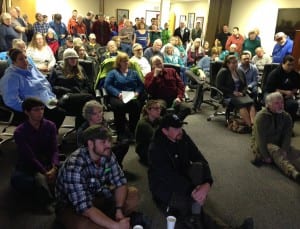 Over 100 people registered at the Democratic caucus held Saturday in Petersburg. The event was organized by Annette Wooton.

KFSK’s Angela Denning was there and created this audio postcard of the event: 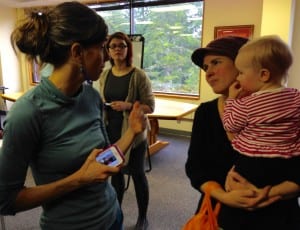 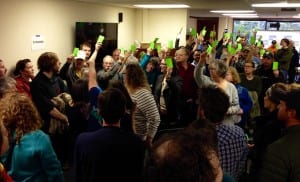 Petersburg’s Bernie Sanders supporters hold up green slips of paper to be counted at the Democratic caucus. Photo/Angela Denning

In the end, Bernie Sanders received 79 votes out of the 102 caucus goers; 20 voted for Hillary Clinton. In District 35, which also includes Sitka, Craig, and Thorne Bay, there were 439 caucus goers district wide, 342 voted for Bernie Sanders and 83 voted for Hillary Clinton. The district will send 14 delegates for Sanders and 4 delegates for Clinton to the state convention.

The Republican party did not hold a caucus in Petersburg. 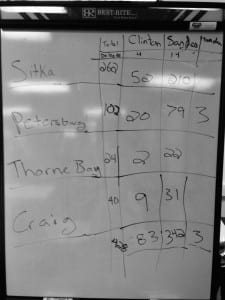 Votes in Southeast Alaska’s District 35 are displayed on a dry erase board at the Democratic caucus in Petersburg. Photo/Angela Denning