Petersburg building activity down a little in 2015 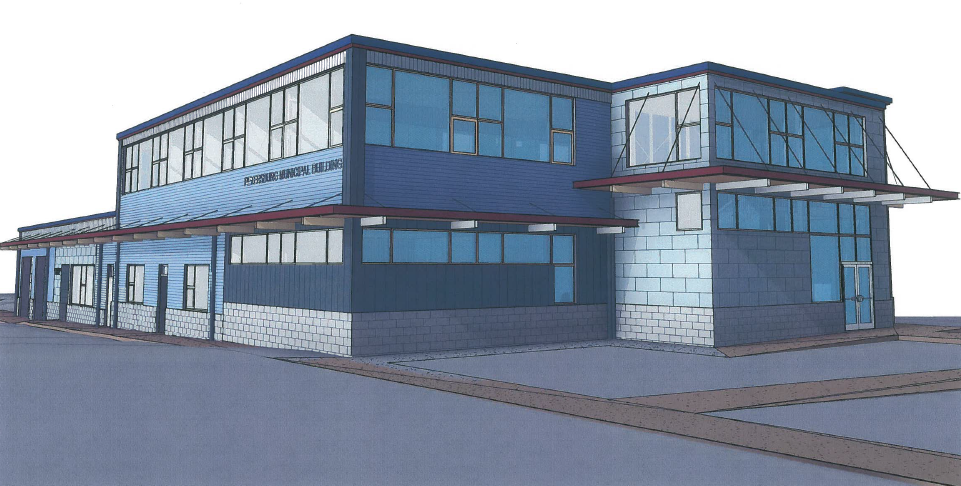 Overall building activity in the Petersburg borough was down slightly last year, despite an increase in the number of new homes under construction.
Those were some of the findings of a recently-released building report compiled by the borough annually.

The borough’s building official Joe Bertagnoli said construction has been pretty steady, with the exception of any public buildings last year. “(In) 2015 I mean we had no construction of public buildings, so that was a zero line,” he explained. “Whereas in 2014 we had the school project. That’s the only thing no public money spent in 2015.” That will change this year with the major renovation of the police station and municipal building starting up this spring. 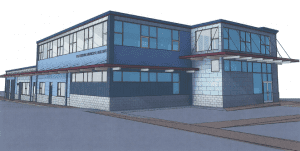 A 6.6 million dollar renovation of the borough’s police station and offices will be starting April 30th, the first major public building construction project in two years. (Drawing from MRV Architects)

Among the new housing starts last year were two permitted single-family homes outside service area one. Those permits are not required outside the old city of Petersburg limits. However more remote residents can opt to get permitted and inspected, leading to a certificate of occupancy. That can be a requirement for securing a home loan.

Building permits brought in more than 11-thousand dollars to the borough last year.

Building activity spiked here in the mid-90s, when Petersburg’s population was at historic highs. The past decade and a half have seen permit numbers much lower, at or below 100 each year. The town and the region as a whole both lost population last year.