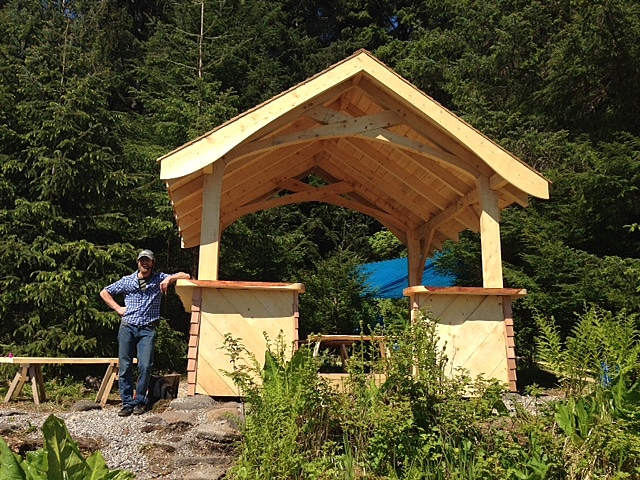 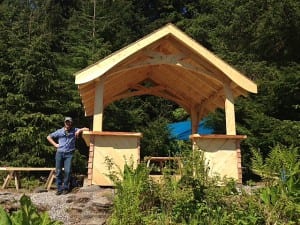 Michael Truex stands next to the Kupreanof shelter he built with locally milled wood. The shelter is near the Kupreanof dock. Photo/Angela Denning

Kupreanof is one of Alaska’s tiniest towns. Its 25 residents live on Kupreanof Island across the Wrangell Narrows from Petersburg. 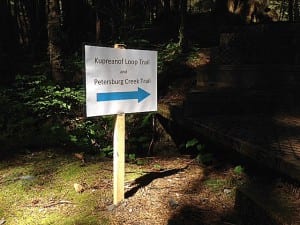 Signs were posted on Saturday to help guide the public to the trail options on Kupreanof Island. Photo/Angela Denning

The City of Kupreanof celebrated its 40th anniversary on Saturday. A few boats offered free rides back and forth from Petersburg all day. On Kupreanof there were games, food, music, and trails to hike.

KFSK’s Angela Denning made the trip over and created this audio story: 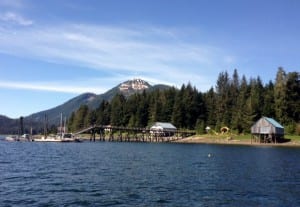 Row boats and kayaks were tied to the Kupreanof dock for people to take out on the water at the 40th anniversary event. Photo/Angela Denning