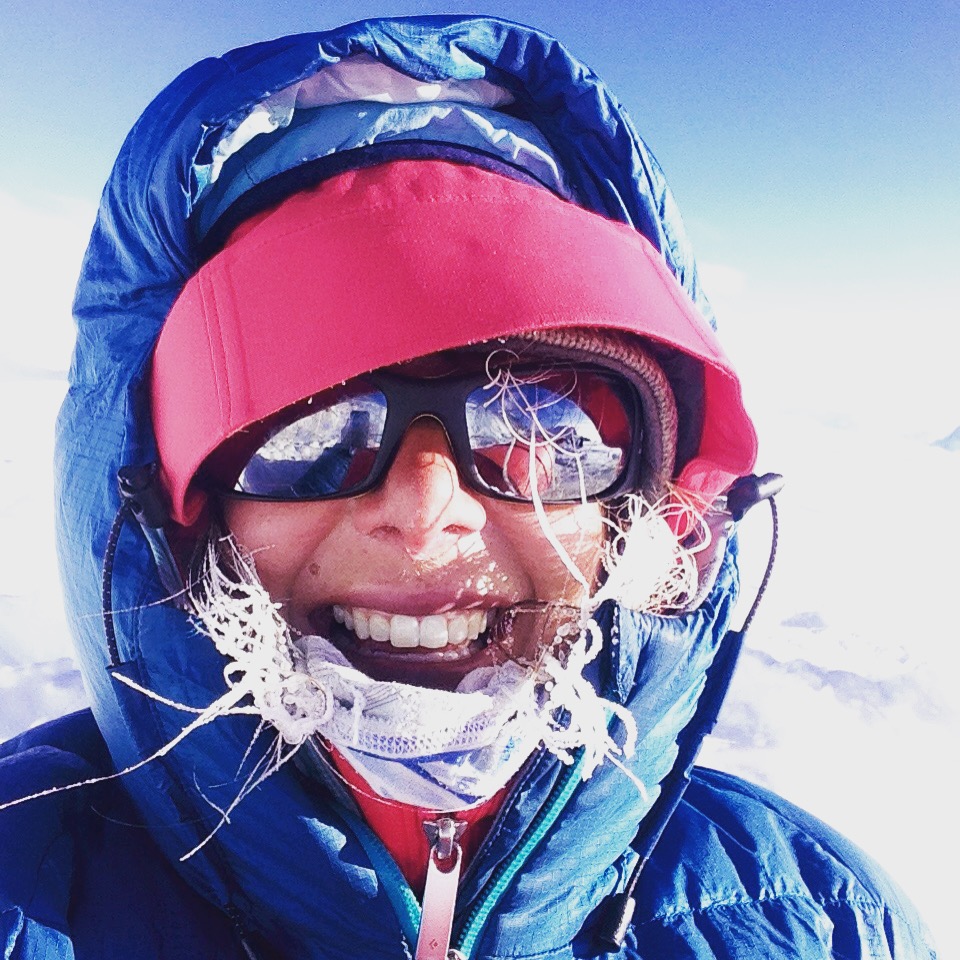 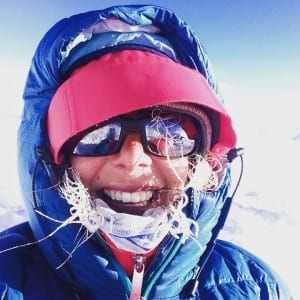 Frosty hair after getting to 17k, camp 4 (photo courtesy of Angela Henderson)

A former Petersburg resident returned to Alaska last month for a 21-day trek to the summit of Denali. Angela Henderson is an experienced mountaineer climbing peaks in the lower 48 and beyond, but this hike was special to her because it was in her home state. She spoke with KFSK’s Abbey Collins on a recent visit to Petersburg.

Denali is the highest peak in North America and at just over 23,000 feet it’s also the highest climb Angela Henderson has ever done.

Henderson works for the American Alpine Institute in Bellingham, Washington and she made the trip up Denali as a guide for that company, helping clients ascend the mountain. But there’s one catch – though she’s been climbing since graduating college in 2009, leading trips in the lower 48, she’d never actually climbed this particular mountain.

“As a third guide I was more in a learning role. I still had a ton of responsibility but the lead guide, it was his thirteenth trip in 11 years with our company. And then the other, there’s two assistant guides and the other assistant guide it was his first summit, but his third guided trip and he had done a personal trip before that.”

For most of the climb, she and the other two guides were responsible for six clients. In addition to hiking, it’s their job to do tasks like melting snow and cooking food.

Henderson is petite, and estimates her pack weighed somewhere around 70 pounds.

“And until you get to 14,000 ft. – that took us nine days – you’re pulling a sled and carrying a pack because you have so much stuff and the combination of sled and pack was definitely well more than my body weight.”

Being the third guide, Henderson says she didn’t actually expect to make it all the way to the top. She says she would have been the first one to turn around if one of the clients couldn’t continue the climb. 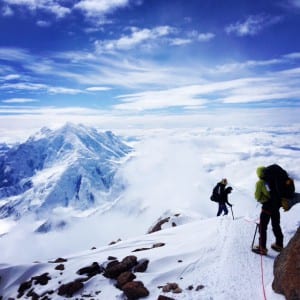 “So I went in with the expectation that I was there for work and I was going to learn a lot and hopefully come back one day on a personal trip or another work trip and hopefully climb it again.”

But she did make it and once she got high enough, Henderson says it was like being in a different world.

“The lower glacier feels in some ways really similar to glaciers in Washington and warmer. Once we got up to that camp there at 14,000 ft. it’s like wow, we’re really in the Alaska Range and you look out and have amazing views.”

She says summiting Denali wasn’t really a life goal, but it was significant to make the climb in her home state.

“I wouldn’t say it’s something I’ve been thinking about for years but it was actually the first time I ever wore a harness and was roped up in Alaska which is pretty special for me. I’ve done most of my climbing in the last 10 years in between California and Washington, Nevada and a couple of international places.”

Henderson says her group had good weather for most of the 21-day trip, with temperatures warmer than usual.

“We still had our fair share of weather but in general it wasn’t bad. There were several times where we had little snowstorms where it snowed a foot or two.” 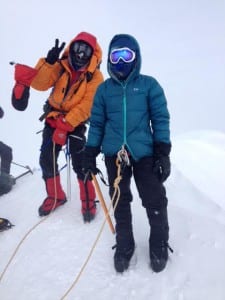 And, she says there was some unexpected wind as they climbed higher.

“So we had to build some snow walls pretty quickly to protect our tents from the wind and had some 60 mph gusts come through and then it leveled out.”

Henderson says the hike up Denali’s West Buttress, a common route, was significantly higher and colder than treks she’s done in the past. Still, she hopes to revisit the mountain in the future.