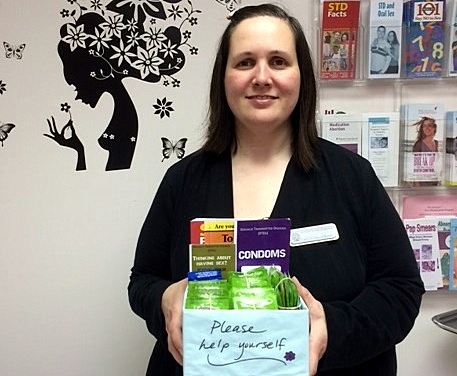 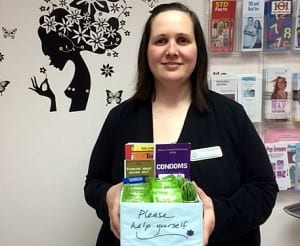 Erin Michael is the Public Health Nurse in Petersburg.

Public Health Nursing offices across Alaska are seeing changes after roughly a 20 percent state budget cut. Nurses are getting shuffled around and services are being stopped. Angela Denning looks at what’s happening in Petersburg.


The Petersburg Public Health office sees a variety of patients walk through its doors. Erin Michael is the public health nurse here, working alongside an office assistant.

But the number of patients will soon be less.

As of July 1, the Petersburg office is limiting many services according to age. Those over 29 can no longer get immunizations, STD checks, or birth control. And those over the age of six will no longer be able to get well child checkups which are like overall physicals. The office used to provide them to children up to 18.

“We’ll still be providing everything we had before, it’s just going to be some age limits that weren’t in place before,” Michael said.

The cut in services reflects a reduction in staff statewide. In Wrangell, on a nearby island, the public health nurse office closed down. Petersburg’s office is helping to fill that void by making biweekly visits to the community which will soon stretch into monthly visits.

Because Michael will be in Wrangell more often, she’s giving up her monthly trips to the remote communities of Port Protection and Point Baker. Those trips will be taken over by the public health nurses in Ketchikan.

Even though the local office is limiting services to certain age groups, Michael says it would open up more care if it was needed.

“If there’s an emergency or a pandemic or things like that, if there was a pandemic flu, I’m sure that they would do an emergency preparedness exercise and we’d be able to provide it hopefully to those over 29 years of age,” she said.

There are a few exceptions to the 29 and under age rule. One is pregnancy verification for services like the Indian Health Service or WIC-Women’s Infant, and Children or Denali Kid Care.

“Because sometimes women need that proof of pregnancy as part of getting their benefits,” said Michael.

The Petersburg office will also continue its infectious disease services for people, regardless of age. Patients can still get screened for tuberculosis or other diseases if they think they’ve been exposed. That goes for sexually transmitted diseases too, like HIV and syphilis.

Another change in children’s health throughout the state is through the school system. As of June 30, the state no longer requires entry physical exams.

Mary Bell is a School Health Nurse Consultant with the State of Alaska, based in Anchorage.

“Most of them are kindergartners, of course, but it was for a student entering an Alaska school for the first time,” Bell said.

She says now it’s up to the school districts to decide if the entry physicals are necessary. The change was included in House Bill 44, the Alaska Safe Children’s Act.

“The repeal was included in this bill as a means of reducing the financial and staff burdens,” said Bell.

While it might be saving schools and public health offices some money, annual checkups are still recommended by the American Academy of Pediatrics, says Michael.

“I would encourage people to go to their medical provider if they are seven or older to get that annual checkup,” Michael said.

Petersburg School District has decided not to require entry physicals.