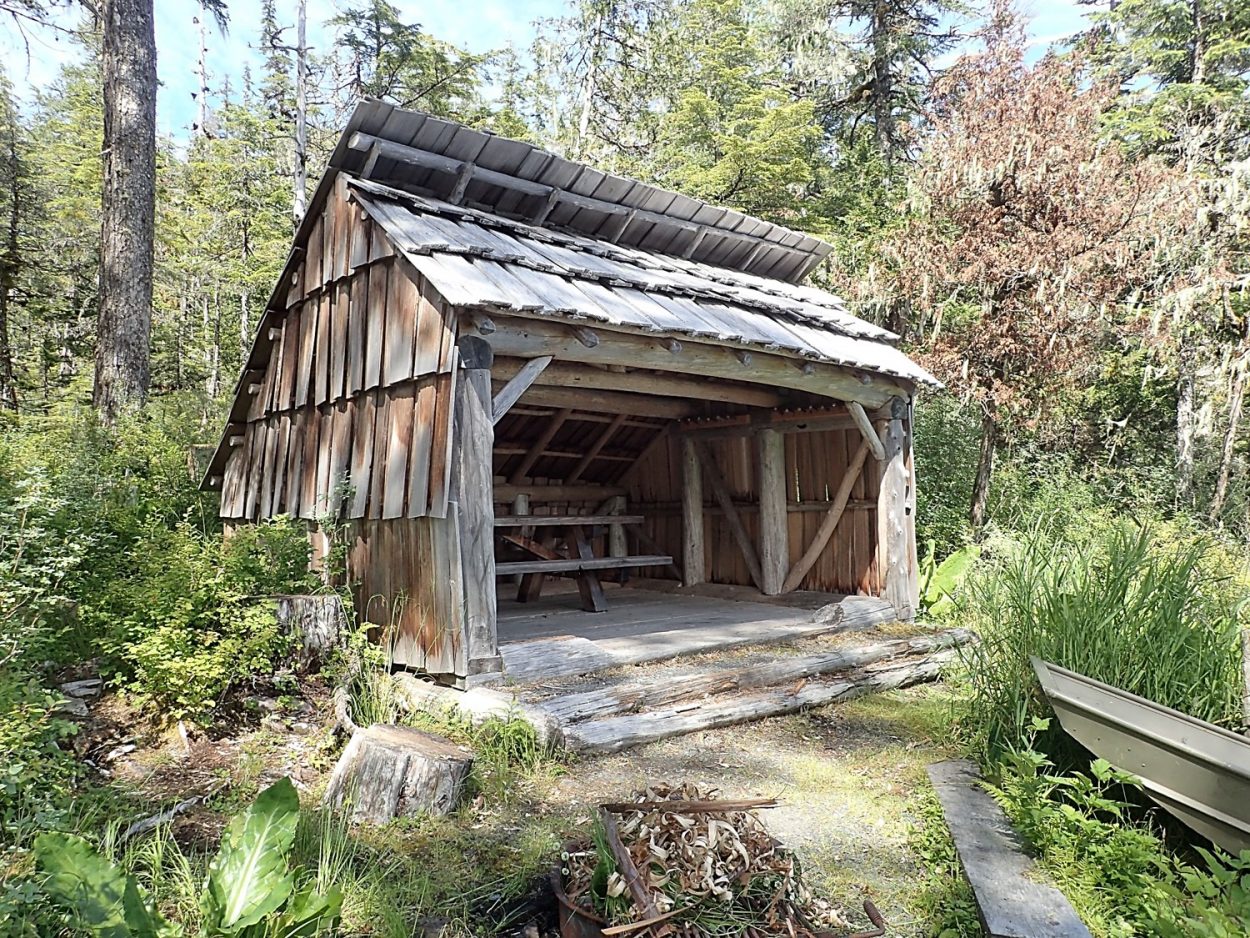 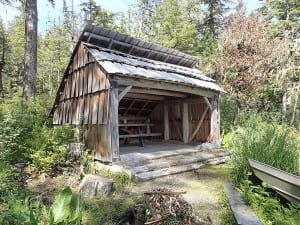 The Three Lakes Shelter was originally built in 1938 by the Civilian Conservation Corps. (Photo/U.S. Forest Service)

This year marks the 50th anniversary of the National Historic Preservation Act, an event the U.S. Forest Service is celebrating nationwide. Here in the Tongass, the Petersburg Ranger District is marking the occasion with a picnic at the Three Lakes Shelter.

According to Gina Esposito, an archaeologist with the U.S. Forest Service in Petersburg, the shelter was originally built in 1938 by the Civilian Conservation Corps, or CCC. She says it was originally used for recreation, and along with the nearby Ideal Cove Trail it provided shelter and safe access in largely isolated territory.

“It had fallen into disrepair and about 10 years ago the Petersburg Ranger District did a historic restoration on the site,” says Esposito.

Now, the Forest Service plans to unveil a historic property plaque at the site and to highlight it as part of a larger project celebrating the anniversary of the National Historic Preservation Act of 1966.

“We wanted the public to be able to see what kinds of sites the National Historic Preservation Act has helped preserve,” says Esposito. “So many of these sites are unreachable. They’re very remote or you just can’t visit them because of the sensitive nature of the site.”

They developed a website called “49 Sites in the 49th State” as a way to virtually share the sites. Esposito says the park service, forest service, and other federal agencies chose places to share on the web and Three Lakes was picked from this region.

Since it’s accessible by car from Petersburg, Three Lakes is convenient for a community gathering, too.

“It’s something that’s on the island that people can get to relatively easily,” says Esposito. “It’s a really beautiful spot and its summertime, we just thought it would be fun to get people out on the forest.”

Esposito says it gives the Forest Service a chance to show the public the work they do to preserve cultural sites like this one.

“Which I don’t know that the public always associates with us,” says Esposito. “We wanted to have this really fun even to do that.”

The Forest Service will provide hot dogs and there will be activities throughout the afternoon, including plant and dragonfly walks.

The event will be held rain or shine on Friday, July 15th from noon-3pm at the Three Lakes shelter. All are welcome and for more information visit the Petersburg Ranger District on Facebook or give them a call at 772-3871.