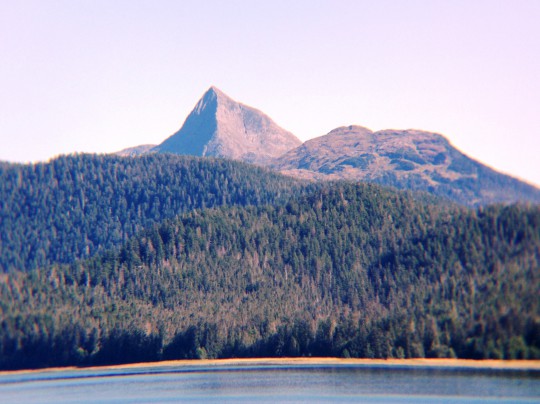 A bill before Congress would speed a timberland trade between the federal government and the Alaska Mental Health Trust. It’s part of a larger legislative effort to increase logging in the Tongass National Forest.

The Alaska Mental Health Trust uses its land to make money to fund programs around the state.

Grants go toward counseling, housing, employment and other assistance to those with mental illnesses, developmental disabilities, chronic substance abuse and dementia.

It owns a million acres, about a quarter of it in Southeast.

Wyn Menefee of the trust lands office said it wants to exchange a little more than 18,000 of those acres that face opposition to development.

“Certain lands that we own next to the communities would be given to the Forest Service. In exchange, the trust [would be] receiving some lands that are more removed from the communities, that would allow development,” he said.

The land is in or near Ketchikan, Juneau, Petersburg, Wrangell, Sitka and Meyers Chuck, on the mainland between Wrangell and Ketchikan.

“Some of the parcels that the trust has already received — above Mitkof Highway near Petersburg and Deer Mountain in Ketchikan — are very high-value public-use areas. And there’s been a lot of concern about their development,” he said.

In return, the trust would get about 21,000 acres of timberlands of equal value elsewhere in the Tongass.

Menefee of the trust lands office said the acreage would be near a different part of Ketchikan, and on Prince of Wales Island. 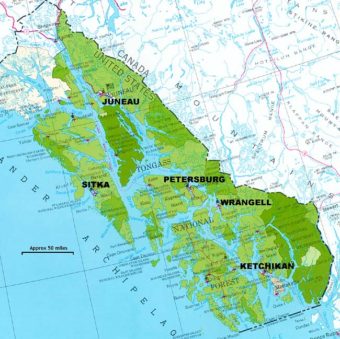 “By making land that we can actually use for timber harvest or for some other purpose available to us where we don’t have conflicts with cutting behind a community or something like that, that does make the asset available or the land available and the resources available for us to use for financial benefit,” he said.

SEACC’s Lindekugel said some listed parcels on or near Prince of Wales should not be part of the trade.

He calls one a wild and scenic river corridor near the El Capitan Lodge, off the northwest part of the island. Another is a cave-rich parcel near the small town of Naukati that includes a cavern that may have cultural value.

But he said he’s optimistic those will be replaced.

“So far the trust has been willing to work with folks to avoid those areas of high conflict and we’re hoping that we’re able to continue and resolve those issues,” he said.

The mental health trust and the Forest Service negotiated the land swap about a year ago. It’s already working its way through the bureaucracy.

The trust’s Menefee said the trade, and subsequent timber sales, would allow more than income for the trust. He said it will provide logs for the region’s mills, which owners say don’t have enough to continue operations much longer.

“In order to make this exchange happen in a reasonable time frame, it needs legislation. Because if you do it through the normal administrative process, it could be seven years or something like that before we get an exchange completed,” he said.

“It was not a question of whether or not the exchange should move forward, but simply to the point of how are we going to assess the value,” she said.

The measure is one of a group of recent Murkowski bills meant to increase Tongass logging.

“And now, in this situation, the government would buy back the lands that were logged? And Shee Atiká made a profit on them? It’s a strange situation,” he said.

Shee Atiká President, CEO and board chairman Ken Cameron said the Forest Service wants the acreage because it’s an inholding surrounded by a national monument.

“Congress has appropriated $4 million for the first phase of the acquisition, and the appropriation of the rest of the purchase price will be as government funds are available,” said a corporate press release. “The government’s reacquisition of Cube Cove is anticipated to proceed in installments as Congress appropriates funds for the purchase.”

The Forest Service isn’t commenting on the legislation, other than to say it will do Congress’s will.

“The bottom line is our actions will be guided by the legal mandates resulting from legislation,” said Tongass spokesperson Kent Cummins in an email.

SEACC has said proceeds from the sale would allow the corporation to purchase other federal land, possibly on Prince of Wales Island. But Cameron, who would not speak on tape, said its board has not decided what it would do with the proceeds.

The Sealaska regional Native corporation owns subsurface mineral rights at the Cube Cove property. Murkowski’s legislation would swap it for about 14,000 acres of forest on Prince of Wales Island.

“Sealaska identified potential lands to exchange at Lancaster Cove on Prince of Wales Island that are adjacent to other Native-owned lands. Some of these lands were originally considered in the Sealaska land entitlement bill,” said a prepared statement from the corporation.

“It said such a trade remains subject to negotiation with federal agencies.

A bill transferring about 70,000 acres of the Tongass National Forest to Sealaska passed Congress in 2014. It was described as completing the corporation’s land selections, but did not exclude further trades.