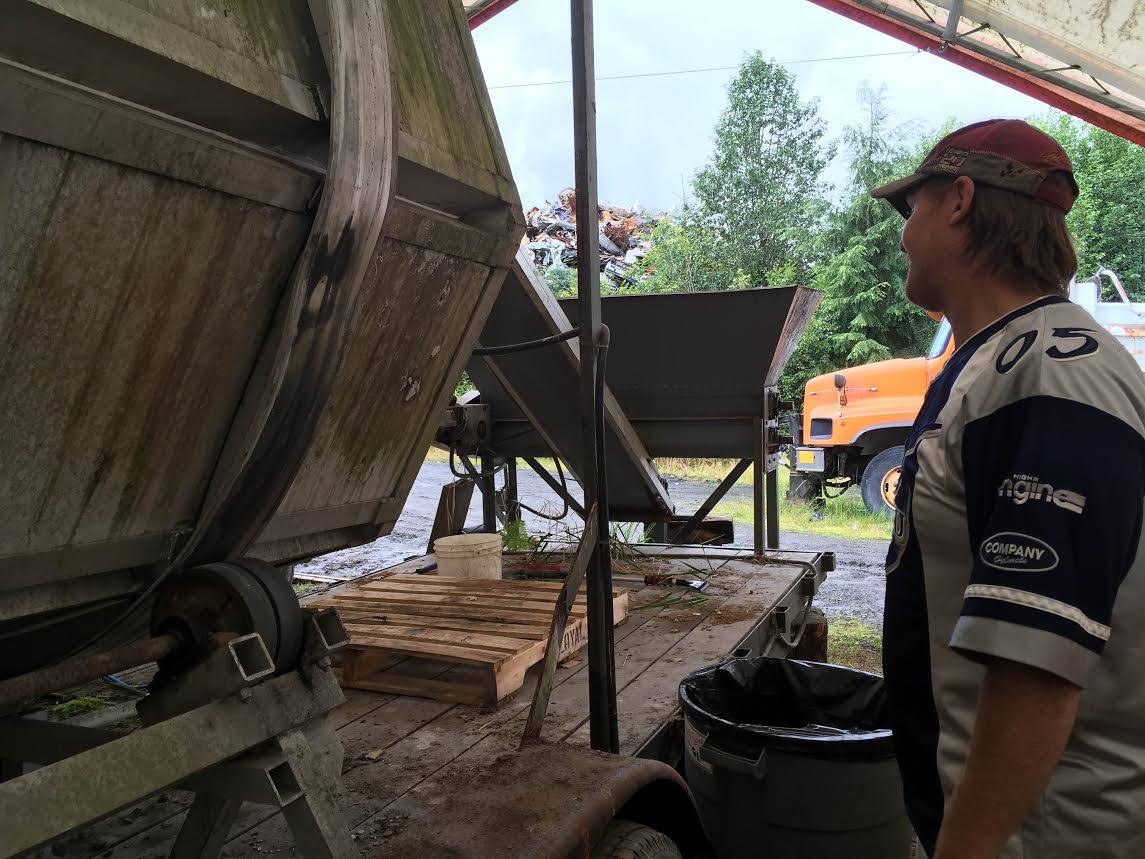 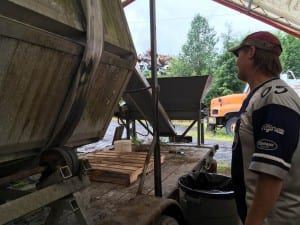 Brandon Thynes is planning to get the machine up-and-running soon. (photo/Abbey Collins)

A Petersburg project is one of the finalists in Sealaska’s Path to Prosperity contest. For the second year, Petersburg’s tribe is in the running for $40,000 to grow the business of making compost.

“This is pretty big,” I say to Brandon Thynes, director of the Indian Grant Assistance Program at the Petersburg Indian Association.

“Yeah, it should do quite a bit of material,” says Thynes.

As of April, part of his job includes getting the Sea Life Composting program back on track. He’s showing me the composter that’s not working right now, but should be soon.

Thynes says the SeaLife composting program has been around on and off again for over 10 years.

“And we’re trying to get it so that we can function year round and make compost for the community and then expand hopefully,” he says.

That’s why Thynes and PIA applied for the Path to Prosperity grant from Sealaska.

“There’s a lot of attempts to get it going and it just doesn’t go anywhere and it’s just like why?” says Thynes. “I want to get rid of the whys and just do it.” 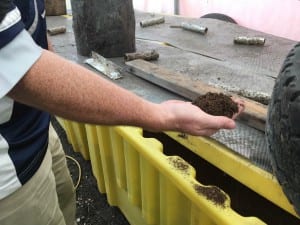 Thynes is hoping the grant would allow him to grow the composting project as he refers to it now, into a business.

But first things first, he has to fix the composter. In the past, the machine wasn’t always used and a lot was done manually. Thynes shows me some of the bins of product from last year.

“The compost that was done we actually have here,” he says. “We had it tested but like I said we’re researching how to read the compost test because I personally don’t know how to read it.”

He says that batch wasn’t done in the machine.

“No this was done in this bin system that they had over here,” says Thynes. “I was like why are we not using this machine? That way we don’t have to sit there and stir every day or every couple days.”

With the composter, they’ll just toss in the ingredients – local alder and fish scraps –it rotates and mixes everything around. That way the materials are evenly dispersed. That’s harder to do if you’re manually stirring.

Last year’s compost has been tested for the right balance of PH, Nitrogen, and other elements. The results will determine whether it’s sell-able material or not. The problem? Thynes has the results, but he’s so new to the operation that he doesn’t actually no how to read them. 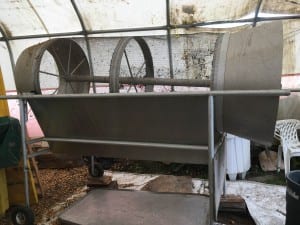 Thynes is working on a new bagging system as part of the composting process. (photo/Abbey Collins)

“We have the test results but as far as if it’s 100 percent ready to go I’m not quite sure yet,” says Thynes.

That’s the kind of training he’s hoping to gain from the Path to Prosperity grant, along with learning how to manage a business. The grant, a partnership between Haa Aani and the Nature Conservancy, aims at supporting local entrepreneurs. The winners will receive $40,000 toward consulting and technical business development.

Thynes is working to streamline the composting process to make it simpler and possible for just a few people to get it done. That means everything from the stirring, to sifting and bagging.

“We are working on a new bagging system too so we can make it quicker,” says Thynes. “Before this was our bagging system I think. You would put the outside here.”

It’s a rectangle frame, with a smaller rectangle cut out of the middle, but the cut is really jagged and there really are screws sticking out point up.

That’s what Thynes is doing throughout the project, trying to find better ways toward the same product. We take another look at last year’s compost and it really just looks like dirt.

Thynes says they’ll have someone in to repair the composter soon. After that, it takes about 4-6 weeks to complete a batch.

So they have the product, but Thynes wants to make sure it’s sellable and streamlined. He’ll join the other finalists in a business boot camp this September and will find out if PIA won the grant in February of next year.