Southeast pink harvest expected to be below recent years 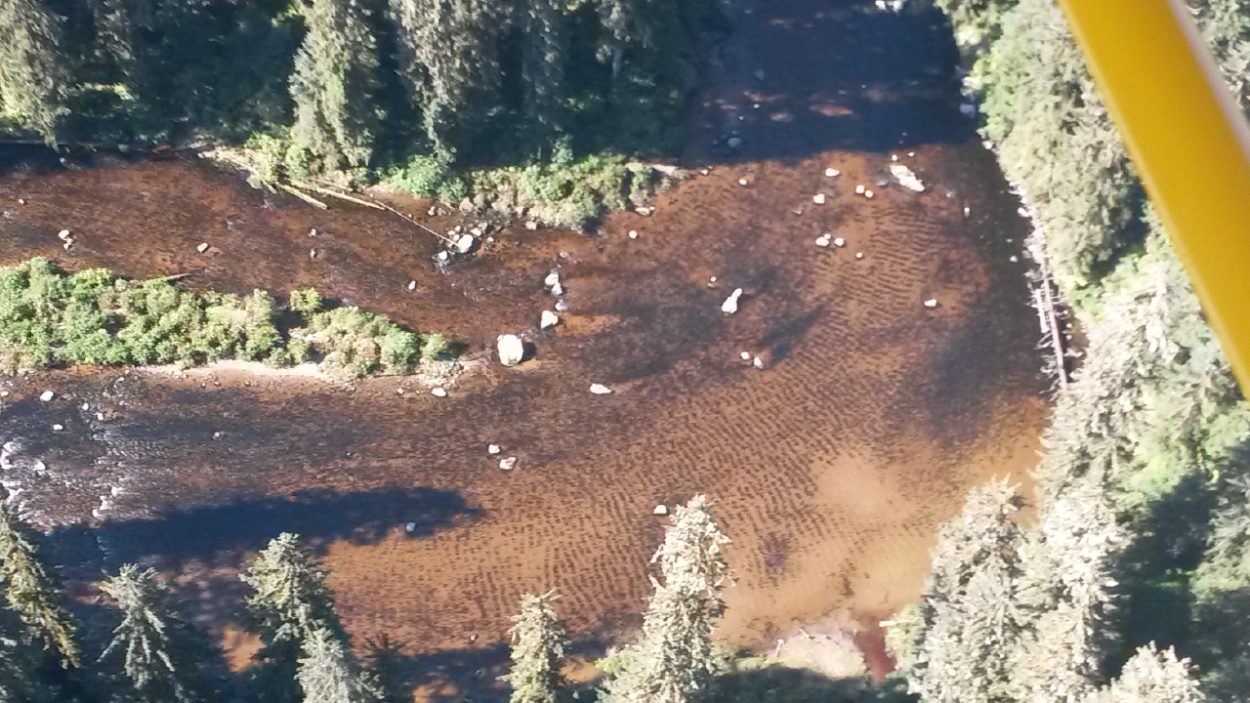 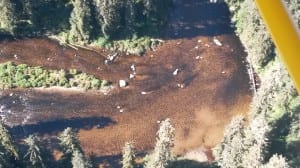 The dark areas are pink salmon between the falls in the Anan Creek south of Wrangell. Photo courtesy of Troy Thynes

The largest salmon harvest in Southeast Alaska, the pink salmon fishery, is ramping up. As Angela Denning reports from Petersburg, harvests are forecast to be below recent years.

There are more pink salmon in Southeast Alaska than any other salmon species. They are indigenous runs all over the region. This year’s harvest region-wide is predicted at 34 million fish. That may sound like a lot but other years have far surpassed that number. 2013 was record setting with nearly 90 million pink salmon harvested in the region.

Pinks return to spawn every two years so managers track escapements on a two year cycle.

“The even year cycle of pink salmon is generally a lot less than the odd year cycle,” Thynes said. “[This is] not a large harvest or run. There have certainly been a lot larger ones.”

Crunching salmon numbers and tracking returns is what managers like Thynes do. They estimate that the southern part of the Southeast region will have a stronger fishery than the northern part. Petersburg is located in about the middle so Thynes uses that as the half way point.

“We didn’t have high expectations north of Petersburg, north on the inside at least,” Thynes said. “And that, for all intents and purposes, appears to be meeting our expectations, unfortunately. We always like it when there’s more fish come back then what we expected.”

Most of the seine opportunity for pinks has been further south in the Ketchikan area. Seiners take over 90 percent of the total pink harvest in Southeast. One boat can bring in thousands of fish a day.

About 230 seining boats have been participating in the fishery. But seiners have to share the resource with other gear groups like gill netters. Most areas are designated for either seiners or gill netters. It’s estimated that there will be less than a hundred gill netters fishing for pinks.

Typically the peak of the pink season comes in mid-August.

As the season progresses managers will monitor harvest numbers and escapements to local systems to keep track of how the fishery is doing.

“So this is what it looks like from the back seat of the super cub,” Thynes said, showing me some aerial photos on the computer. 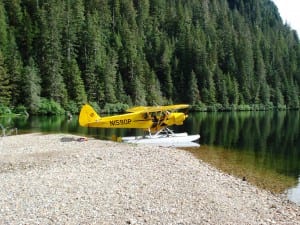 “This is the intertidal area in Eliza Creek,” said Thynes, “and you can see–this is from several years ago–but those lines are pink salmon. Zoom in further and you can start to see individual fish.”
Denning: “The dark?”
Thynes: “Mm-hm, it’ pretty neat when they get in corn rows like that. That’s what we call them I guess.”
Denning: “So that’s hundreds.”
Thynes: “Thousands.”

This month, Thynes will fly around the region looking for pink salmon coming in to creek systems to spawn. He’ll take notes on what he sees from a birds eye view.

“We’re looking along the stream mouths early on in the year, along the approaches into bays and into streams,” he said, “just looking for jumpers, looking for schools in the water. When we start getting later into the season, we’re actually flying up the creeks counting the fish in the creeks, so the mouth of the creek and the intertidal area, and the stream.”

Thynes is particularly interested in what happens at the Anan Creek south of Wrangell. Two years ago, biologists noticed a problem there. The pinks were making it past the first falls but were stalling and dying below the second falls. They just couldn’t make it up to the spawning grounds.

“Something was in there, had changed there that was restricting their passage,” Thynes said.

In the spring of 2015, workers built a retaining wall to temporarily divert the stream and drilled out a small passage of rock. It seemed to do the trick.

“The 2015 fish didn’t have a problem making it above both falls,” he said.

Because the 2014 pink run did have a problem, this year’s Anan Creek return will likely have low numbers. But those fish that do make it back should have an easier time navigating their path.