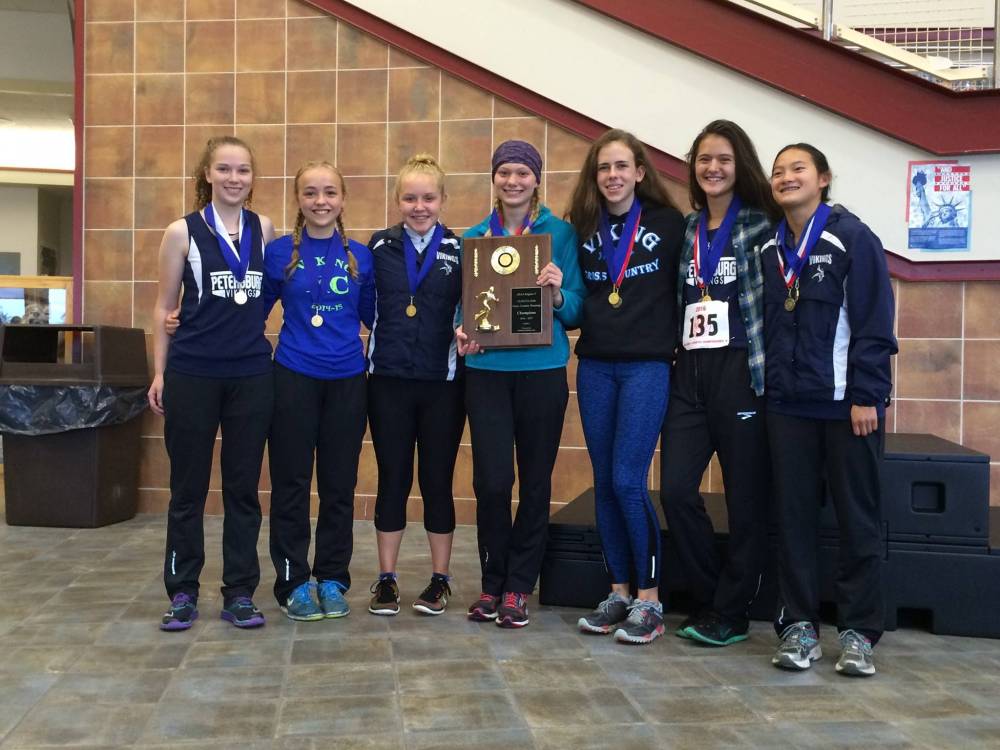 Petersburg High School girls cross country team took first place at the region meet in Sitka Saturday, nabbing four of the top five spots in the 1A, 2A, 3A regional race. Sitka came in second in the girls race, followed by Mt. Edgecumbe.

Wrangell’s Reyn Hutten took first with a time of 20 minutes and 11 seconds. Petersburg took the next four spots with Kayleigh Eddy in second, Shyla Cook in third, Melanie Chase in fourth and Erin Pfundt in fifth. Julia Murph placed 10th, Meghyn Parker was 18th and Eva Lenhard was 30th for Petersburg. 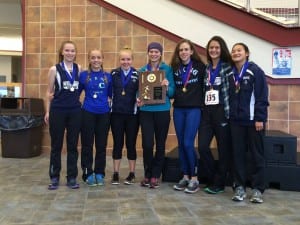 Eddy, a senior, ran her season best time and said she had two teammates not far behind. “Yeah Shyla and Melanie kept me on my toes through the whole race,” she said. “Shyla was actually right behind me side by side kind of chasing me down the whole race and Melanie stayed really close til about the last mile but she teetered off a little bit but she still had her personal best too so it was really good.” It’s Eddy’s fourth year in a row to qualify for the state race, and her third regional team title. She’s hoping to break 21 minutes in her final race, just four seconds under her regional time.

Senior Nathaniel Lenhard was Petersburg’s top runner coming in 12th, and he ran a personal record, or P-R, in Sitka. “I think the boys they did really well,” Lenhard said. “About five of ‘em got PRs and don’t think we could’ve done better. It’s too bad that we didn’t quite make it to state but there’s always next year. Most of those people who got PRs are freshmen actually and they’re doing really good. I’m sure the team will get better.”

Kole Sperl placed 22nd, Tolin Eddy was 24th, Thomas Durkin was 31st, Koren Sperl placed 33rd, Noah Sullivan came in 37th and Daniel Holmberg was 48th.
The girls qualify as a team for this weekend’s state race at Bartlett High School. It’s the fifth year in a row the girls have qualified for the state race and last year they came in fourth as a team. Nathaniel Lenhard qualifies as an individual runner at this weekend’s state championships.