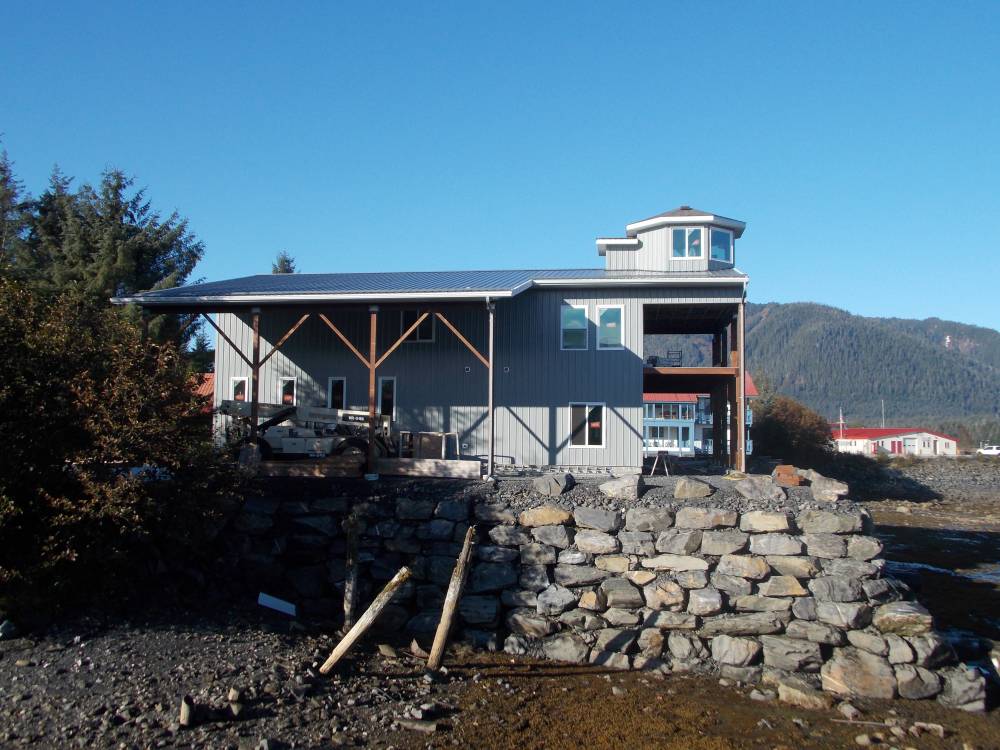 A property owner won’t be able to build additional residential dwelling space into a warehouse on Petersburg’s waterfront. That’s after Petersburg’s borough assembly Friday morning voted to deny an appeal of a Planning and Zoning Commission decision.

Bill Menish applied for a conditional use permit for a warehouse on his property at 710 South Nordic Drive, right next to the public cold storage building. Menish was hoping to put in a bed and breakfast or rental apartment in addition to the residential space he’s already had constructed.
Borough code allows a care taker’s dwelling on industrial land, although that allowance is not defined. Additional dwellings require a conditional use permit. The planning commission denied Menish that permit this summer because of conflicts with nearby industrial land uses. 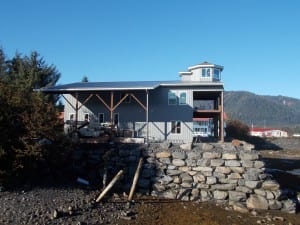 The Menish warehouse at 710 South Nordic Drive is next to Petersburg’s cold storage and the state float plane dock. Menish was hoping to add a bed and breakfast or rental apartment in the building.

On Friday, October 7, assembly members read an opinion on the issue from the borough’s attorney during a closed door executive session and the borough declined to release that memo following the meeting.

Kurt Wohlhueter wanted the borough to clarify what is and what isn’t allowed on industrial waterfront land. “We don’t have a lot of industrial area that people can put up boat sheds and store gear and all that but on the other hand we weren’t specifically clear,” said Wohlhueter. “I know what our intent was but in writing as she has stated in this brief, it could go either way in a court of law.”

The assembly was sitting as the borough’s board of appeals. It can overturn a planning commission decision based on four reasons, if they find the commission made mistakes or made uninformed decisions, didn’t follow procedures or misrepresented the facts. Assembly members agreed that the burden of proof was on Menish to show that the planning commission made one of those mistake and also agreed he did not make that argument during an appeal hearing October 3rd.

Vice mayor Cindi Lagoudakis said she would not vote to grant the appeal and pointed out one of the letters from Menish’s neighbors in support of his case. “The comprehensive plan speaks to not setting precedent by granting conditional use,” Lagoudakis said. “So there’s a letter that says, he’s establishing a precedent, I might want to do the same thing. We’re setting up a conflict whether we intended to do that or not.”

Petersburg adopted a new comprehensive plan and waterfront master plan this year. In it, the land near South Harbor is designated as waterfront industrial A land. That’s designated for water dependent commercial and industrial uses with other uses allowed but only on an interim basis.

In a letter to the borough, Menish argued that an apartment or B&B was an allowable secondary use of that land. He wrote that it did fit in with the borough’s waterfront master plan, which encourages important secondary uses like recreational fishing, outdoor excursions, and waterfront access on waterfront land.

On October 3rd, assembly members struggled with denying the conditional use permit based on other bed and breakfast establishments and homes that are already in that neighborhood.

But on Friday Bob Lynn agreed that Menish did not make a case for the commission making any of those mistakes. “I do think we have to clean up our own act a bit here after this appeal,” Lynn said. That work may include a better definition of caretaker dwellings.

The vote was 6-0 against granting the appeal, with mayor Mark Jensen not at the meeting. That means Menish does not get his conditional use permit for additional dwellings in the warehouse. Menish can still challenge the borough’s decision in court.