Those testifying at a legislative hearing Wednesday said the 2014 Mount Polley Mine tailings dam break is an example of what could happen to Southeast rivers. (Photo courtesy B.C. Ministry of Mines)

Critics of British Columbia mining told a legislative committee Wednesday about the dangers of mineral extraction along transboundary rivers.

The focus was on the Taku, Unuk and Stikine Rivers, which begin in British Columbia and flow through Southeast Alaska to the ocean.

One speaker was Central Council of Tlingit and Haida Indian Tribes of Alaska President Richard Peterson of Juneau. He pointed to 2014’s Mount Polley Mine disaster, when a damn holding back silty, polluted water broke and spilled millions of gallons into nearby waterways. 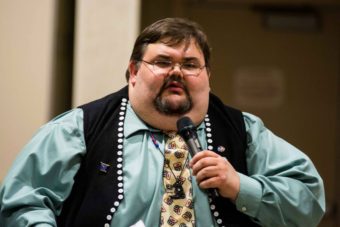 The B.C. government and the mine owner have said the Mount Polley spill caused no long-term damage.

The fisheries committee heard from several scientists who addressed the frequency and impacts of mine spills.

One was Center for Science in Public Participation Founder Dave Chambers. He said his research shows falling metals prices and rising costs putting a lot of pressure on mines to boost production.

“We’re seeing an increasing number … of large tailings dam failures because they’re being built and operated by companies under financial stress,” he said.

The state and British Columbia recently signed a statement of cooperation on transboundary mining. It promised Alaskans will play a larger role in resource development planning and permitting.

But tribal, or First Nations, leaders from across the border warned that the province has a bad track record of living up to such deals. 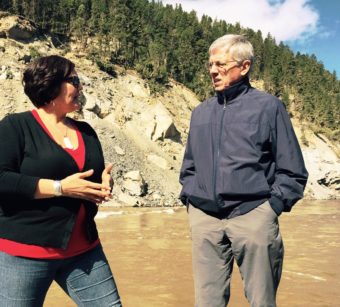 “My recommendation based on my lifelong experience with the British Columbia government … is to try to get a solid country-to-country agreement on paper. Don’t put all your trust in the province of British Columbia,” she said.

She said the state should instead push for involvement of the International Joint Commission. That’s a U.S.-Canada body charged with resolving boundary water disputes. The Walker administration and Alaska’s Congressional delegation have asked for that action.

Like Sellars, Jacinda Mack is from a community directly affected by the Mount Polley spill. She said federal involvement is needed because there was little or no advanced planning for the Mount Polley disaster.

“It will be an adaptive management or a figure-it-out-as-we-go approach. And that is not good enough. And it’s something we’ve had to deal with and this is something I think we can get out in front of with these transboundary mines,” she said.

The hearing, held in Juneau, was attended by most Southeast lawmakers. Chairwoman Rep. Louise Stutes, who represents Kodiak, Yakutat and Cordova, acknowledged the importance of the issue. She said she plans to hold more hearings to continue looking into the impacts.