Father and son team up to study glacier retreat near Petersburg 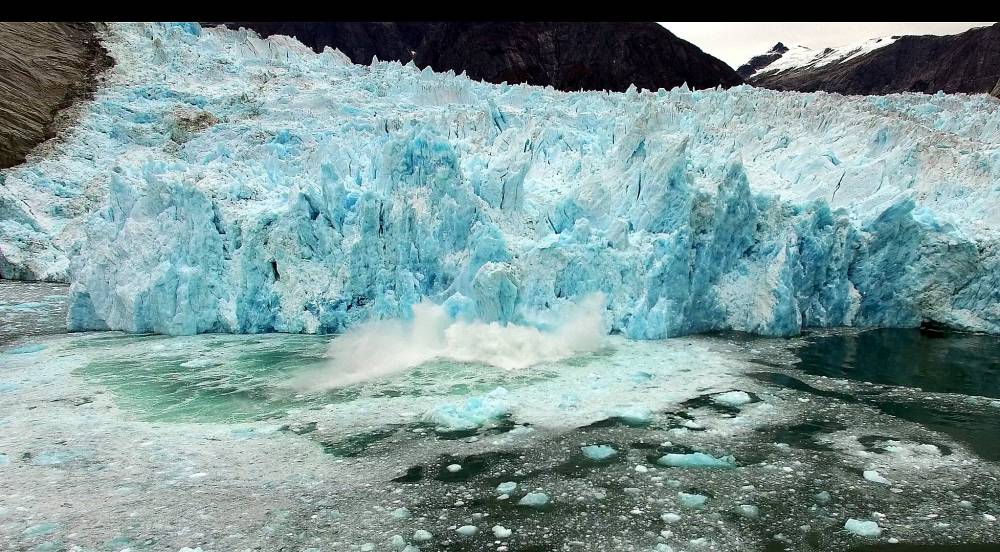 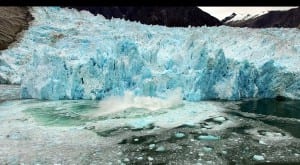 Research continues at Leconte Glacier near Petersburg for clues as to how fast melting ice could affect sea levels all over the world. As Angela Denning reports, one father-son pair from Oregon teamed up this month to get a closer look at the process.


I’m sitting in front a laptop computer looking at recent footage of an icy blue Leconte Glacier taken by a flying drone. Oceanographer Jonathan Nash is pointing out areas of the glacier near the water.

“This is classic sort of little calving events where little parts of things fall off,” Nash says.

“And then the video stops, of course,” Elliot says. 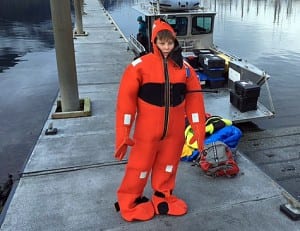 Elliot Nash, age 12, tries on a survival suit at the South Harbor in Petersburg. Photo/Jonathan Nash

While it was Elliot’s first trip to the glacier, his dad and other researchers had be there several times before. Leconte is the southern-most tidewater glacier in the northern hemisphere. It’s easily accessible for scientists who want to understand what accelerates the rate of glacial loss and what keeps it stable.

What they do know already is that glaciers suck in warm water from the deep ocean into bays and fjords. What happens is the glacier drains cold fresh water through subglacial channels, kind of like rivers underneath the glacier. And that cold water rises against the glacier surface and pulls the deeper warm water along with it.

“And so the more rapidly that warm water enters the bay and reaches the glacier face the more it will erode the glacier,” Nash says.

Nash is trying to figure out just how quickly that process—known as feedback–happens by using Leconte as an example. What’s the speed of the sub-glacier river, what’s the temperature of the ocean water? The answers could lead to knowing how rapidly the glacier is retreating.

“The question is how these feedbacks work,” Nash says. “The strength of that feedback is very poorly known, especially in any of these climate models and models that are predicting sea level rise and projections of climate over the next 10, 50, 100 years don’t have the dynamics of these processes properly sort of incorporated into the models. They have big fudge factors that they use. ‘Oh, this happens, maybe that happens.’ And what we want to do is study what’s happening there.” 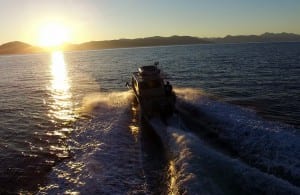 Elliot Nash takes a photo of the research boat from his flying drone. Photo/Elliot Nash

Denning: “So, ideally there could be some sort of calculation where if you figured out more details about the river and the incoming warm water then you could make more predictions globally about the different glaciers?”

Melting glacier ice matters because it would raise sea levels all over the world. Higher water would mean populated coastal areas are more susceptible to floods and storms. Nash says it won’t happen overnight but it will happen.

“The amount risen now is relatively small, you know, its centimeters, so less than a foot. But if all of the ice on Greenland melts sea level will rise by about five meters so roughly 15 to 20 feet,” Nash says. “So, the predictions are in the hundred year time frame that sea levels could rise as much as a meter and that would have huge implications.”

Nash is part of a team of scientists from multiple universities and disciplines funded from the National Science Foundation to study Leconte.

To help gather glacier data, Nash normally uses drone-operated unmanned kayaks. There was too much surface ice on this trip so he took measurements from a boat and had his son’s flying drone for a bird’s eye view of the glacier.

Elliot was happy to oblige. 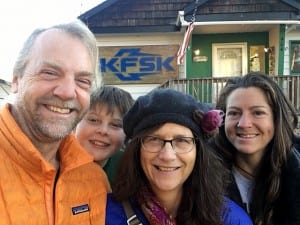 “Because I can get way closer to it than in a boat,” Elliot says. “In a boat you can’t really get that close to it because as you can see there’s the calving, which makes giant waves.”

Elliot has grown up in a generation where global warming and rising sea levels are in the news. It was a known fact when he was born. His dad, on the other hand, who is Professor of Oceanography at Oregon State University, remembers a time when it wasn’t so clear.

“I was super skeptical at the onset too when people would ask me, ‘Oh, is climate change real? Is sea level rising?’ I would say, ‘Well, we don’t really know,’ Nash says. “And then now in the last decade there’s been a tremendous amount of effort in the scientific community to try to pin these things down and it’s absolutely, all the evidence is conclusive and it points to one thing and that is carbon dioxide levels have increased due to humans.”

And in turn temperatures have risen globally.

It’s not a question of if glaciers will melt and sea levels will rise, but how soon. While Nash is using the Southeast glacier to help figure out the details, perhaps his son’s tech savvy generation will soon be able to help too.

Similar work on glacial feedback is going on in Greenland through Oregon State University.