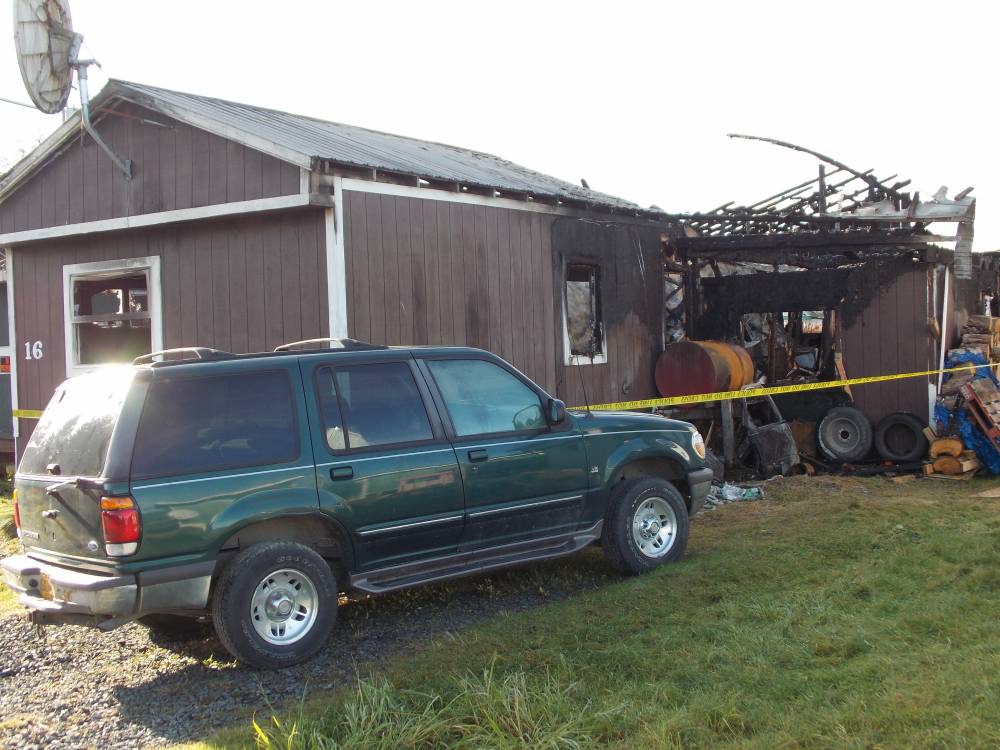 Fire destroyed a mobile home on south Fifth Street in Petersburg Saturday night but no one was injured in the blaze.
The police department received the call around midnight on Saturday, October 22nd. The Petersburg Volunteer Fire Department responded with two engines and an ambulance crew, about 10 volunteers in all.

“Upon arrival we found the trailer fully engulfed in flames and also flames impinging on a neighboring residence and had also threatened that structure and set the outside of it on fire,” said Dave Berg, spokesman for the volunteer fire department. “The crews quickly deployed two speed lines to try and keep the fire contained and also to keep the heat down on the adjacent structure so that the fire wouldn’t transfer to other buildings that were close by,” he said. 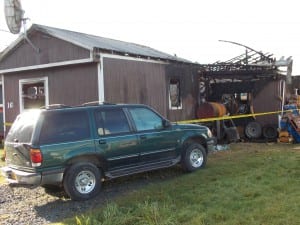 The mobile home at 16 South Fifth Street was gutted in Saturday night’s fire.

He said volunteers received some help. “We certainly appreciate the residents, local residents who were able to help us get some hose and quickly get connected to the hydrant system. Our numbers were rather low with the hunting season the way it is and some members out fishing. So it always nice to have extra people on hand to help when we have something like this that really stretches our manpower quite thin.”

The cause of the blaze is still under investigation and may be from several electrical appliances or a wood stove used to heat the residence.