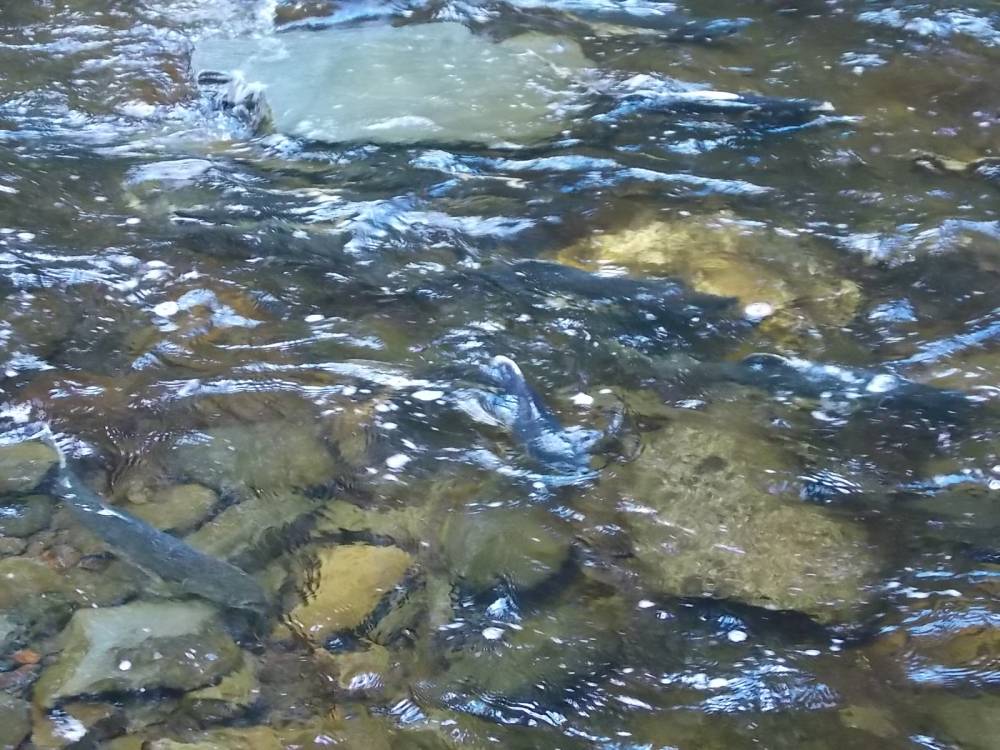 Next year’s harvest of pink salmon in Southeast could be more than double this year’s according to a forecast out this month from the Alaska Department of Fish and Game. The state agency is forecasting a commercial catch of 43 million pinks in 2017. That compares to this year’s harvest of over 18 million humpies.

The state agency comes up with a forecast based on an average of the annual catch with additional adjustment using the results of an annual trawl survey done by staff at the National Oceanic and Atmospheric Administration’s Alaska Auke Bay lab in Juneau.

“If we just take our trend forecast it’s about 38 million,” said Andy Piston, Fish and Game’s pink and chum salmon project leader for Southeast. “Then when we add in the juvenile pink salmon abundance information we get from NOAA, that that increased our forecast by about five million fish. So our forecast is for 43 million which would be pretty good. It would be slightly higher than 2015 when we had 35 million so hopefully it will pan out.”

Piston calls forecasting pink salmon returns “notoriously difficult,” with annual catches fluctuating dramatically in the past decade alone, from a low of 11 million fish to a high of 95 million. Pinks have a two-year life cycle, with one year in fresh water streams followed by one year in the ocean. Unlike other salmon, pinks don’t provide early indications of run strength with fish of different ages returning to spawn.

Piston noted there are so many unknown variables with survival in the ocean, including unusual water conditions. Warm water in the Gulf of Alaska since 2013 has corresponded with under-performing runs last year and this year and Piston is hopeful that won’t continue.

“The main difference between last year and this year currently, I was just looking at some sea surface temperature maps is that there’s now a big blob of cooler water kind of when you get down towards Vancouver Island,” he explained. “So some of the waters south of us have cooled considerably, especially when you get offshore a little bit. So it is possible these fish are experiencing conditions that are a bit different and hopefully it’ll be more conducive to strong survival.” 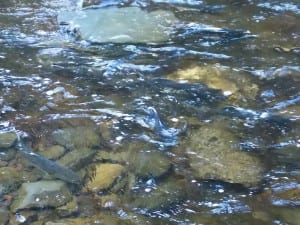 Pink salmon return to spawn every summer in most waterways large and small in Southeast Alaska.

Pinks are targeted mainly by the region’s purse seine fleet and many are canned and sold domestically. At over 18 million fish, the harvest in 2016 was a little over half of what the state forecast and most of the catch came from the southern part of Southeast. Fishing opportunity was limited on the northern end this year, as managers sought to meet goals for fish returning to spawn and some seiners ended their season early because of the disappointing pink run. Piston thinks the way this year’s catch was distributed around the region pretty much met expectations.

The price this year averaged 23 cents a pound making the catch worth just under 18 million dollars at the docks. NOAA Fisheries puts out its own pink salmon forecast later in the fall. Seine fleet members and processors meet with state fishery managers about next year’s season December 1st in Juneau.