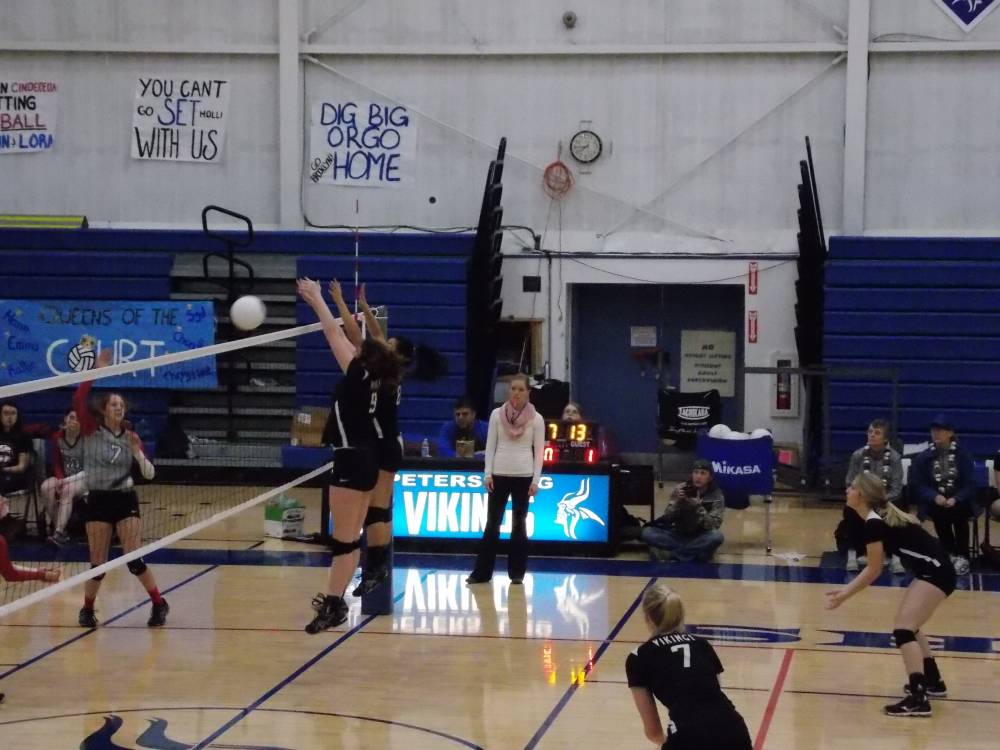 Petersburg’s varsity volleyball team won both its matches against Wrangell Friday and Saturday to close out the regular season.
The Vikings won a home match in three games Friday and then an away match in Wrangell Saturday by the same score. 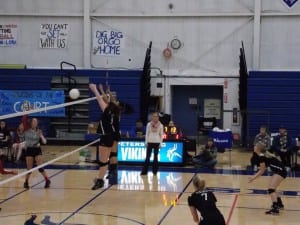 “Our (junior varsity) squads did extremely well from their performance Friday night to Saturday,” said coach Jaime Cabral. “They played great Saturday with a real young crew playing the first game and then our second group playing that second JV game won in three and played fantastic over there against Wrangell with Gillian Witstock, Jasmine Ohmer, Kallie Caples was playing in that game, Claire Byrer, Rikki Lewis, Martha Johnson, Leann Lapeyrie, Julia Evens, they did wonderful in that one,” Cabral said. “And then our varsity game, played really, really well. Game two, was, we were firing on all cylinders and it was fun to watch. Good last tune up before we head to regions.” 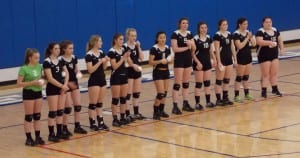 “They stuck it through all the way from when I first started middle school to now,” he said. “Just a really fun group to be around. Very hard working crew that is very self-motivated. So that’s something to take note of them. They do a great job of grabbing the young ones and leading by example, which is something that I try to enforce to where, some teams have their freshmen do everything, oh you gotta carry the cooler, or you gotta carry the extension cord. I kind of flip it and I make the seniors do it because I want them to lead by example.”

The number two seeded Vikings open up the regional tournament in Craig Thursday December 1st at 10:45 a.m. against the seventh seed Skagway Panthers. The top two teams in the region will qualify for a berth in the state tournament.