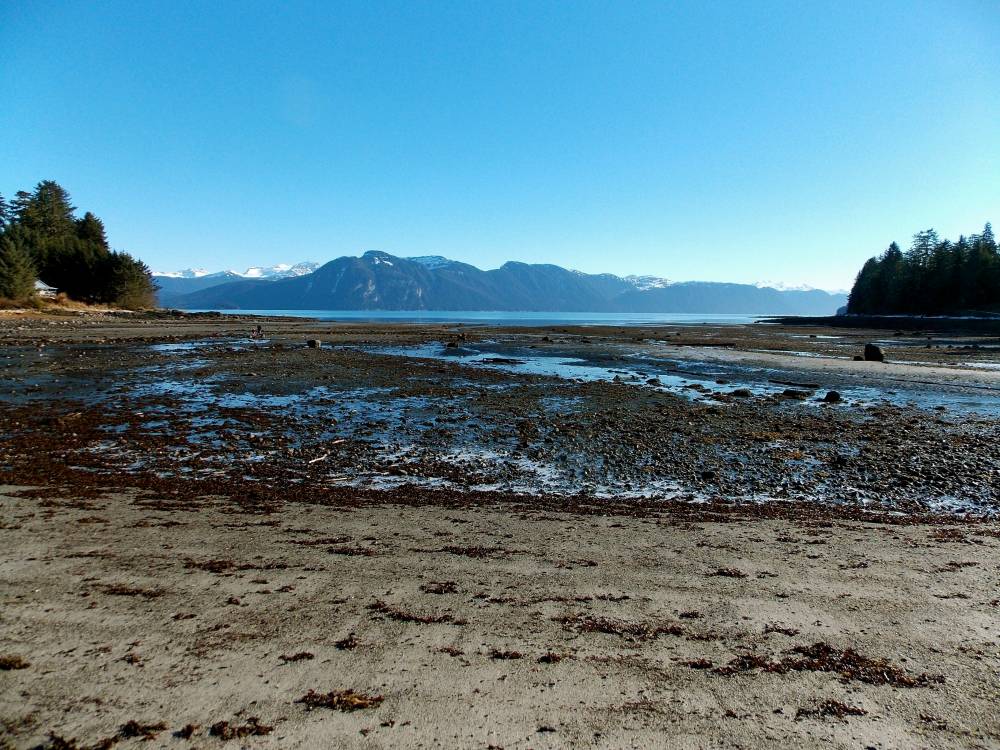 Petersburg’s borough assembly Monday, November 21st advanced the rezoning of a controversial piece of borough property on Sandy Beach Road in Petersburg and decided against a driveway easement on the parcel for a neighboring land owner.
The borough plans to auction off the land at 919 Sandy Beach Road early next year and is changing the zoning of the land to make it more attractive for a private buyer. The land would go from public use property to single family residential, a change that essentially makes it clear the land is meant for one or more homes.

“At the time that this was zoned public use, the zone single family was also in existence and that was not chosen for this parcel,” said assembly member Cindi Lagoudakis, who opposed the change. “I believe the intent for this parcel was to be in public use. And so that is the way that I will be voting.”

Public use lands can be for parks and public buildings but uses allowed on single family residential land are also allowed. Borough officials want to sell the land to make money for the renovation of the municipal building and police station. Around 50 local residents petitioned the municipality not to sell the land but to keep it as is. 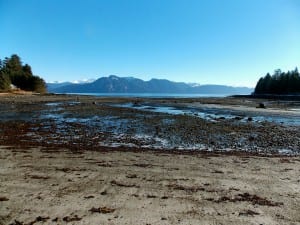 The tide is out at the borough’s Sandy Beach Park. Native petroglyphs, fish traps and the borough property to be sold in January are near the point at the left of the photo. (KFSK file photo)

Assembly member Eric Castro said his major concern was whether a home on the land would impact the Native petroglyphs and fish traps on the tide flats of Sandy Beach. But he said he visited the parcel and didn’t think that was a problem.

“I feel that if a residence were put there it could benefit the borough financially and wouldn’t affect the character of Sandy Beach Cove or the petroglyphs.”
The second reading of an ordinance making the change at 919 Sandy Beach passed on a 6-1 vote with only Lagoudakis voting no. The rezoning needs one more assembly approval before going through.

On a related note, assembly members also voted against granting a private land right on the property to a neighboring property owner. Kris Norosz said she’s been using a driveway space that has been on the borough land as a way to turnaround her vehicle since 1979. Norosz wanted the borough to grant her an easement for her continued use of that driveway space.

“This is a very large lot compared to most found along Sandy Beach Road, Norosz said. “The easement I am seeking is approximately 280 square feet, a mere 1.8 percent of the vacated public easement and far less than that of the total lot size.”

That turnaround is on an existing easement on the borough lot. Earlier this month the assembly changed that land right from a public access corridor to a private utility corridor for the future land owner.

Assembly member Jeigh Stanton Gregor was not interested in extending the land right on the borough property. “I empathize with Ms Norosz and her historical use of that turnout but I can’t support granting her that easement,” he said. “Ms Norosz like the rest of us in Petersburg I would think would find a way to use her driveway as it is, use the alternative route as it was. I don’t know if it’s a precedent we’d be setting or not but I’d be a little bit nervous to be granting an easement such as this.”

The rest of the assembly, with the exception of Cindi Lagoudakis, joined Stanton Gregor in voting down the turnaround easement. The borough expects to sell the property along with two other parcels in January.