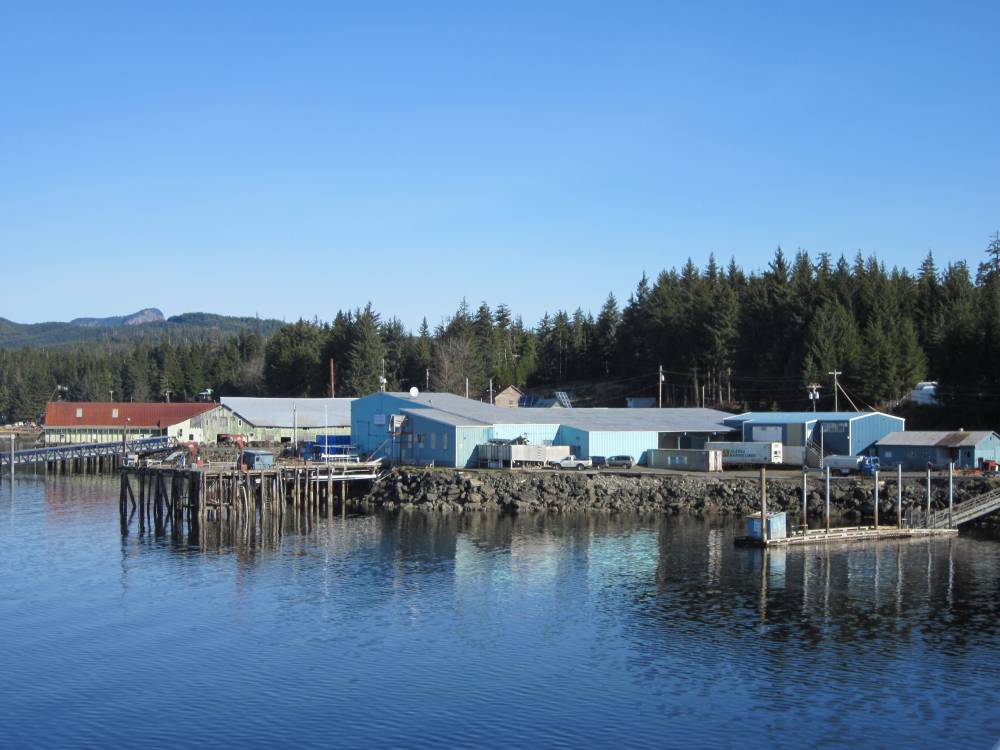 The U.S. Forest Service has completed environmental review of a proposed electrical powerline between the Southeast communities of Kake and Petersburg. The federal agency issued a decision at the end of November authorizing a 60-mile transmission line across National Forest land on Kupreanof Island. The powerline could bring relatively cheap electricity to the village of Kake but still needs construction funding and other permit approvals.

The final record of decision for the Kake Petersburg Intertie selects a 60-mile route across northern Kupreanof Island with some of the route following existing logging roads.

The Southeast Alaska Power Agency is looking to build the transmission line to sell hydro-electricity to customers in Kake. CEO Trey Acteson said the next phase of the project is final engineering and design. “That’ll take a considerable amount of time,” Acteson explained. “There’s considerable geo-technical work and we’ve got to do some mapping of underwater features and routing for sub cables and things of that nature. That’s gotta be done before the Forest Service issues the construction permit. But we do have funding in place to address most of those requirements leading up to that.”

While funding is in place to do planning and design work, the $50-60 million dollars needed to build the power line is the big question mark. SEAPA sells wholesale electrical power to Ketchikan, Wrangell and Petersburg and has only agreed to take on the line to Kake if the project does not raise electrical bills for customers in those other communities.

Acteson explained that construction will have to be entirely funded by the state. “And of course that’s the big challenge as we look at the current fiscal climate in the state,” he said. “But as a long term Alaskan myself, I realize, we’re all too familiar with the boom and bust cycles of the state. I still remain optimistic down the road that those funding conduits will open back up.”

The Forest Service decision authorizes clearing trees along the length of the proposed power line. The project also would mean an undersea transmission line near the northern end of the Wrangell Narrows to connect Mitkof and Kupreanof islands. 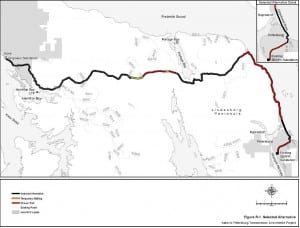 The agency looked at three action alternatives, different routes across Kupreanof and one no action alternative. The selected route was the one proposed by SEAPA and is also identified for a road link across the island. In making the decision, Forest supervisor Earl Stewart wrote that the other routes would not result in substantially lower environmental impacts.

“It was a long process with several different turns along the way but I think the big thing to note is we had really good public participation from Petersburg as well as Kake and people on the outlying communities and I think we ended up with a pretty good product,” said Tom Parker, the agency’s project manager.
Parker said SEAPA will still need other approvals from the Forest Service, including a special use permit and an easement to build the power line across National Forest lands.

The city of Kupreanof, which is near the eastern end of the proposed power line, objected to the project over concerns with impacts from power line construction to deer and other wildlife habitat. Kupreanof mayor Tom Reinarts said his community supports getting cheaper power to Kake but is disappointed in the decision for a number of reasons. 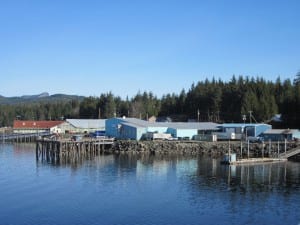 Kake relies on diesel generated electricity and power cost equalization funding from the state. Still the cost of power for homes in Kake is twice that of nearby Petersburg and as much as five times the cost for businesses which don’t qualify for the state payment. Kake leaders have long lobbied for a connection to cheaper electricity. At the same time, Kake’s power provider, the Inside Passage Electrical Cooperative is looking into building a hydro plant on Gunnuk Creek in Kake. That project could provide a portion, but not all of the electrical demand for the village of about 620 people.
IPEC has applied for state funding from Alaska’s Renewable Energy Fund. The state legislature last session did not appropriate any money for projects recommended for grants from that fund and the state isn’t seeking any new grant applications this year.