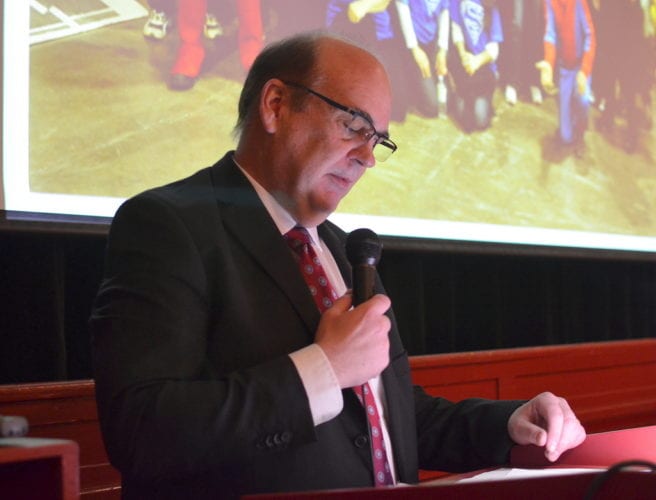 But at the annual Chamber dinner Petersburg residents–including fishermen—were a more welcoming crowd.

The Sons of Norway Hall was packed with people sitting at round tables covered in white table cloths. Glenn Cooke sat at the front along with local, state, and federal politicians. The dinner is a big event for small-town Petersburg. But when Cooke gave his speech he said he’s also from a small fishing town.

“We all speak the language of seafood and the ocean,” Cooke said. “And we all depend on the sea for our livelihood and for the health and well-being of our communities.”

Cooke grew up in the Canadian coastal town of Blacks Harbour in the New Brunswick Province. The population was less than a thousand people and relied on the town’s only fish plant.

“In the early days the houses were company houses. People bought the groceries at the company store and they even voted for the people that the company wanted them to vote for,” Cooke said. “I’m glad to say that’s not that way anymore.”

Blacks Harbour is where his family business is run now…but it’s far from being the only place. Cooke Aquaculture has grown into a global company and the core of its business is farmed fish. The company farms salmon in Eastern Canada, Scotland, Chile, Maine, and Washington State. They farm sea bass and sea bream in Spain. But Cooke says he believes that farmed and wild seafood go hand in hand. They’ve invested in wild salmon in recent years because they think it could be a premium product. 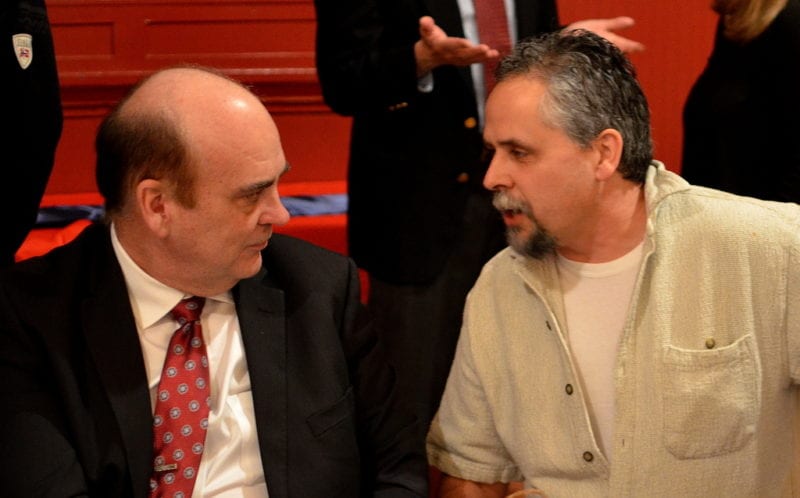 “I believe the Alaskan wild salmon has an incredible place in the marketplace,” Cooke said. “It’s a product that needs to be promoted. It needs to get huge coverage. The product is an incredible product and should be respected as that in the marketplace and we plan on doing that as a company. We believe the wild salmon has its niche. And we believe with working together with the farm product on the side enables us to be able to position that right with the retailers so they can get the premium and the benefit of what the wild should bring.”

Cooke says they want to become a seafood company not just an aquaculture company. Purchasing Icicle Seafoods, Inc. last summer brings them closer to that goal.

Icicle is the largest private employer in the town of Petersburg drawing around 600 workers to its local cannery in the summer fishing season. The company got its start in Petersburg in 1965 and was owned by local fishermen before it sold to a private investment firm which eventually sold to Cooke Aquaculture.

Cooke says he’s a very hands-on CEO. He brought his wife, children, and parents to visit Petersburg last summer. He says he invested in Icicle because he liked the people he met.

“I’ve said this many times, you look at buildings and you look at assets but if it’s not the people if you don’t fit with you have nothing for a company,” Cooke said. “And when I early toured, before we bought Icicle and I toured the communities and the plants and the people I was impressed with the people. And in the end it’s the people that you invest in and I’m very excited….(applause).”

After Cooke’s speech and after the dinner was over the CEO stuck around and visited with local fishermen attending the event.