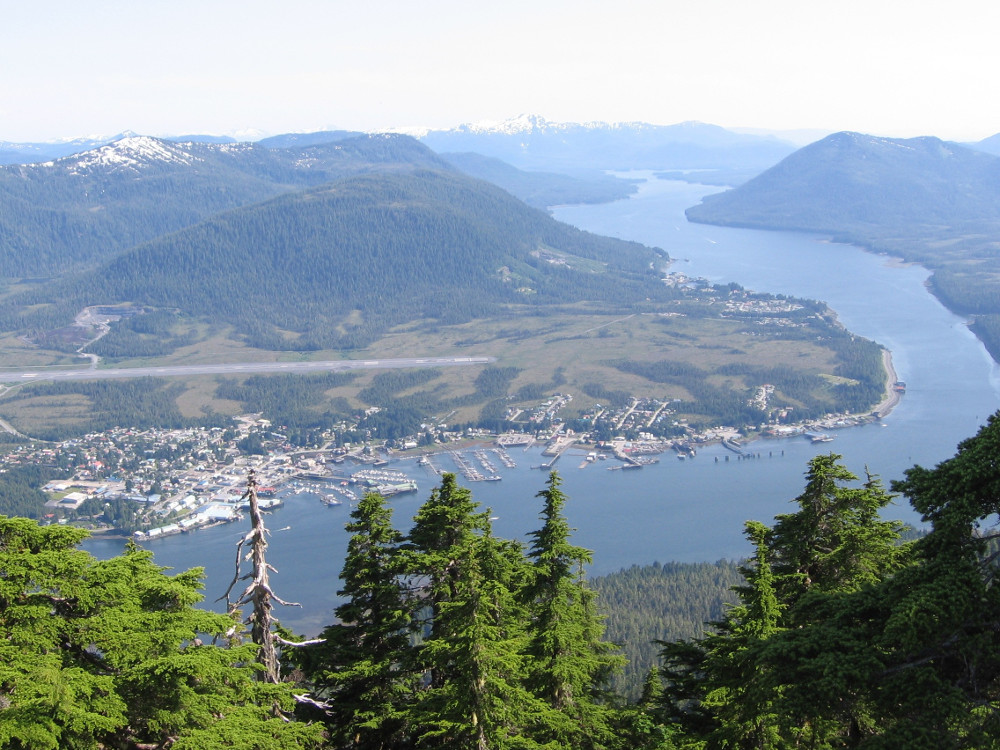 Part of the hillside near Petersburg is owned by the Alaska Mental Health Trust and part of a proposed land exchange. (KFSK file photo)

A bill for a land swap between the Alaska Mental Health Trust Authority and the U.S. Forest Service is making its way through the state legislature.

The bill would transfer around 18,000 acres of Mental Health Trust land to the federal government in exchange for about 20,000 acres of the Tongass National Forest, near Ketchikan and on Prince of Wales Island. The Trust lands that would be exchanged are near Ketchikan, Petersburg, Juneau, Wrangell, Sitka, Meyers Chuck and on Kuiu Island

The Mental Health Trust wants to log their lands to make money for the Trust. Plans to log the parcels near some of the communities have sparked opposition, prompting the proposed exchange.

The bill has already passed the Alaska Senate and had hearings on the House side. One version of the bill had a hearing in the House Finance committee April 18.

“The concerns that some of the communities brought forward to deal with this conflict of if we were gonna go in and have Mental Health harvest a substantial amount of volume right behind some of the communities is how to mitigate that impact and frankly swap it out for some other property,” bill sponsor Republican Senator Bert Stedman of Sitka told the committee.

The exchange has support from the timber industry in Alaska and Washington state, along with Southeast Conference and some communities and businesses in the region.

“The bill and the timber supply it will create are extremely important to Prince of Wales Island and to the city of Craig,” said Craig mayor Dennis Watson. “It will keep the island’s timber industry and our economy going while efforts to lift restrictions on federal timber sales are allowed to bear fruit. This timber supply will also keep our largest sawmill Viking Lumber in operation.”

The exchange has opposition from several environmental groups and individuals in Southeast.

Larry Edwards of Sitka testified in support of a buyout of the Mental Health land instead of a swap, because of logging impacts on the lands on Prince of Wales Island and near Ketchikan. “There’s been no consideration at all for the impacts that would happen from this kind of logging on this scale in those places,” Edwards said. “Fish and Game was not invited to testify. I think that the legislature has an obligation to look at what the impacts would be for that side of this proposed exchange and a buyout would be a far better solution.”

The bill was moved out of the House Finance committee and sent to the House Rules committee. Federal legislation to enact the exchange is also before Congress this year.