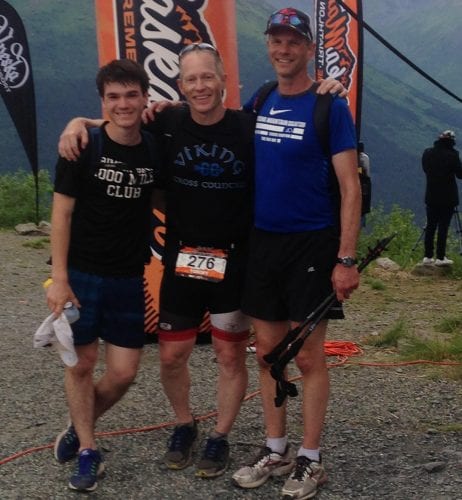 Imagine a swim of over two and a half miles in the chilly waters off Alaska’s coast, after that a bike ride of 111 miles and to finish it off a run of 27 miles. That’s what 159 athletes from around the world completed in Resurrection Bay and around Seward July 15th. It was the first year for an event called the Alaska Man Extreme Triathlon and Petersburg high school math teacher and cross country coach Tommy Thompson was among those finishing the grueling course in its first year. The 54-year-old has done one other full-length triathlon before. He finished this one in 52nd place in a time of fifteen hours, 27 minutes and 18 seconds. Joe Viechnicki spoke with Thompson about the experience.

Thompson doesn’t think he’ll do the Alaska race again but says he hopes to enter the Norseman Extreme Triathlon in Norway some day.