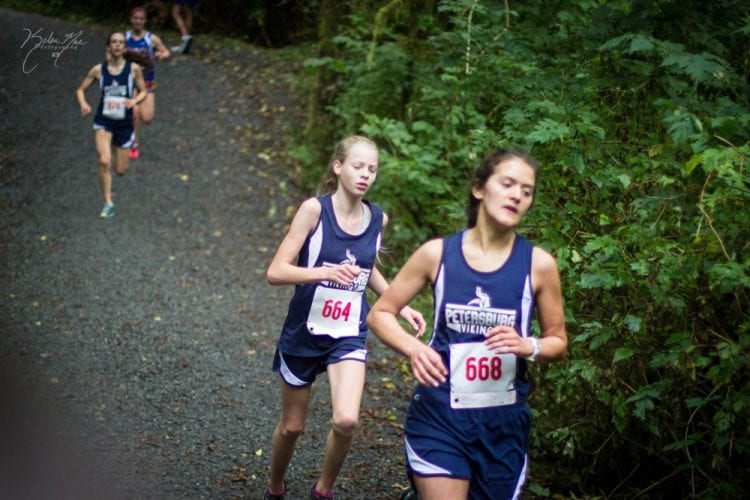 The Petersburg High School girls cross country team took second place and the boys team was fifth at a meet Saturday in Sitka. It was the last race of the regular season before the regional meet.

For the girls, freshman Maia Cowan was second overall, behind only Sadie Tuckwood of Juneau-Douglas. Cowan finished the five kilometer course in 20 minutes and 24 seconds. The Vikings had five girls in the top 20. Kendra Coonrad, Melanie Chase and Julia Murph were 13th, 14th and 15th and Erin Pfundt came in 20th. 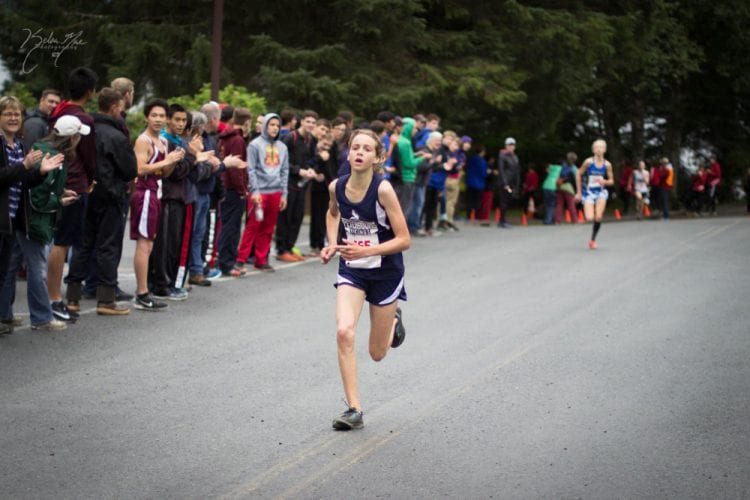 The Juneau Douglas girls won the race. This week Petersburg edged out Thunder Mountain for second place. Petersburg was third behind those two teams the week before.

“Yes always fun to beat our good friend (Thunder Mountain) coach (Scott) May who’s retiring this year,” said Petersburg coach Tommy Thompson. “Their number two or three runner didn’t run this weekend because of injury so it was a little bit skewed in our favor but it still feels good to sometimes beat the bigger schools and we had really great performances by the girls and the boys on both sides. So it was great ‘cause both teams were able to do that.” 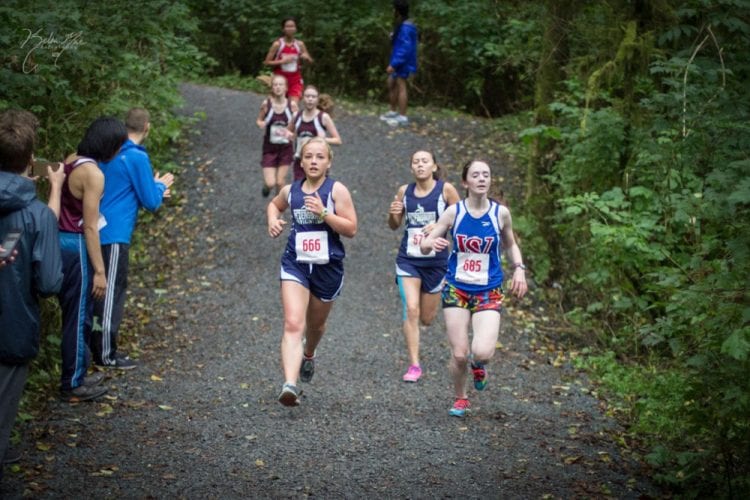 In the boys race, Sitka took the top spot, followed by Juneau-Douglas, Ketchikan, Haines and Petersburg. For the Vikings, Tolin Eddy was Petersburg’s fastest runner, coming in 17th in a time of 18 minutes and 25 seconds. Kole Sperl was 22nd, Brennan Skeek took 25th, Koren Sperl was 34th and Thomas Durkin was 39th. 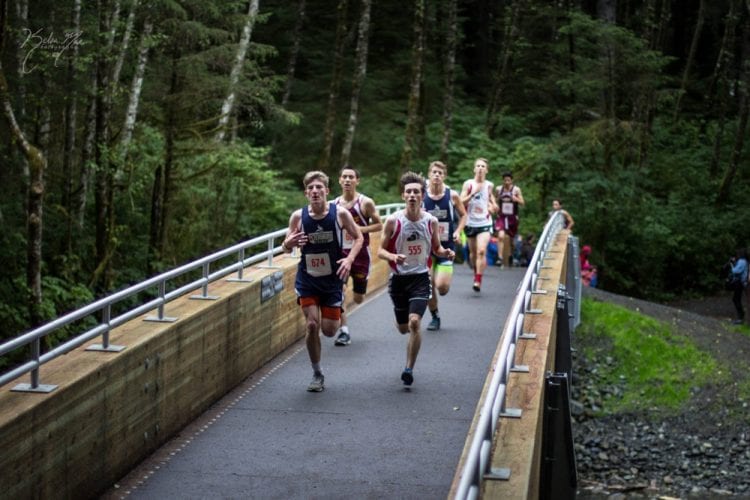 That wraps up the regular season for the cross country teams. Next up it’s on to the regional race, held this year in Ketchikan. At the regional race, Petersburg competes only against 1A, 2A and 3A schools, or what is now being called the division two programs, not the largest schools in Southeast.

Thompson said it’s the fastest girls team Petersburg has had going into the regional race and has a chance at sweeping the top five spots.

“If everything went really well we could be pretty close to a perfect score but you never know how the injuries and illnesses go or if one of the other teams, they have their great race at regions which is always super,” Thompson said. “The boys are similar to a team we had two or three years ago that went to state. They’re right on the cusp. Sitka is incredibly talented; they’re gonna compete for a state title. Our boys are right in there with Haines for a number two or three spot.”

The teams run Saturday in Ketchikan. 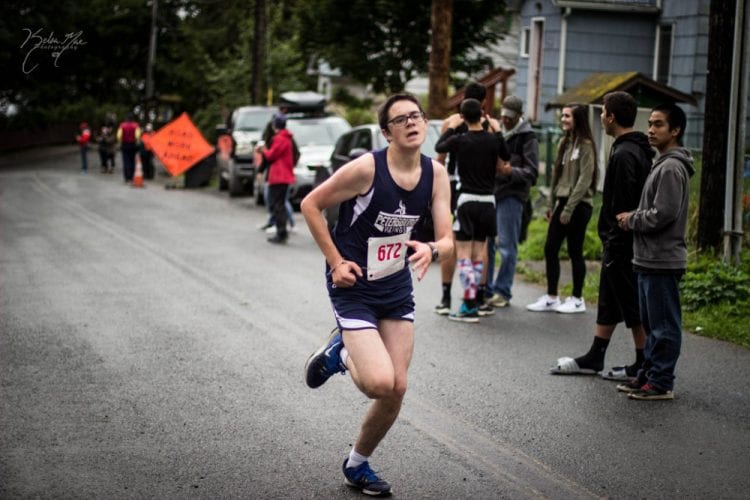