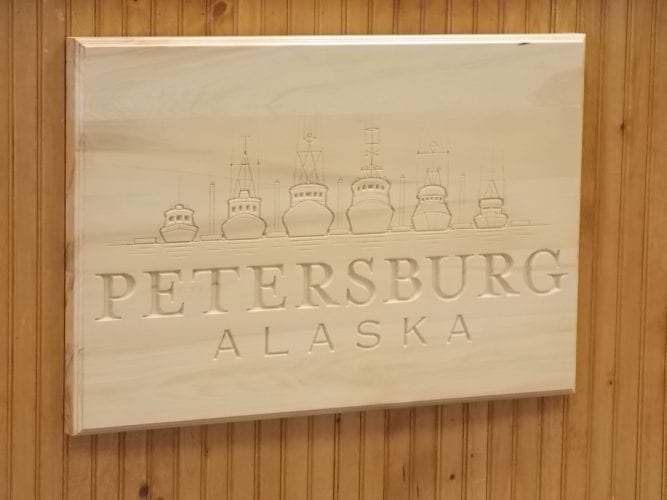 Petersburg’s assembly Monday approved sending the mayor and borough manager to Washington D.C. to lobby for the community’s interests. That trip could happen sometime in January or February. Not everyone was on board with spending the money for travel.

The D.C. trip was a recommendation of Brad Gillman, the borough’s lobbyist in the nation’s capital and was something the assembly voted down in early November.

Kurt Wohlhueter supported sending someone for face to face meetings instead of trying to teleconference or meet electronically. “I think it’s critical that we send at least one person back there to at least voice our concerns and our opinions here in Petersburg,” Wohlhueter said.

Staff thought travel for three people could cost 10-11 thousand dollars. That would go beyond the remaining travel money in the assembly budget. However, mayor Mark Jensen thought the borough had other money to cover the expense.

“If three went for instance it would probably tap out the assembly travel but there’s other places to get money for the travel for non-assembly members even if you had to do a supplemental budget or something because I think it’s important,” Jensen said. “There’s some pretty important topics to talk about the Coast Guard and dredging and for Scow Bay, transboundary rivers, Secure Rural Schools, Essential Air Service. There’s a whole list of ‘em.”

That list was prepared by the lobbyist Gillman, who also phoned into a November meeting to update the assembly. The list includes concern over the loss of a Coast Guard vessel as that agency works to phase out the 110 foot island class cutters like the Petersburg-based Anacapa. Elected officials also hope for continued federal funding under programs like the Payment in Lieu of Taxes money the borough receives along with Secure Rural Schools funding. The borough could lose hundreds of thousands of dollars of funding a year if those programs are not renewed.

Other items topping Petersburg’s priority list in the past year were management of sea otters, dredging for South Harbor and the potential for mining pollution in rivers that flow into Southeast Alaska.

Jeff Meucci was opposed to the travel, saying he was not clear who they’d be talking to and about what. “So I’m gonna vote against it until we get a, like I said earlier, clear list of priorities and where we’re gonna come up with the money that we spend out of the budget when we’re looking for it in the spring,” Meucci said.

Meucci thought the borough’s lobbyist could represent the community. However, support was there from other assembly members for at least the mayor and manager making the trip. Meucci and Nancy Strand were the only no votes and the travel was approved 5-2. By the way, the vote was also 5-2 back in November against the travel. At the time, some on the assembly said they wanted to wait on it.

This month, a few assembly members voiced their top priorities but the group did not take a vote on that. Instead they’ll wait for input from lobbyist Brad Gillman about which issues to bring to the forefront.

The assembly also voted 7-0 to re-up with the borough’s lobbyist in Juneau Ray Matiashowski. He’ll represent the municipality in the state capital for 42-thousand dollars for the upcoming year.