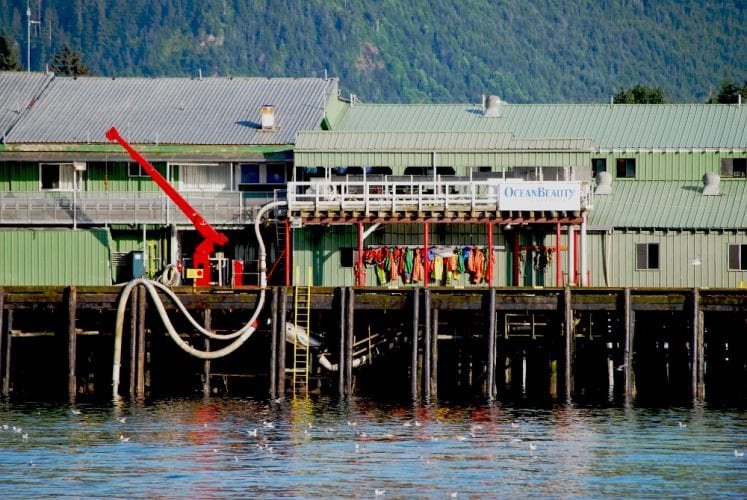 One of two salmon canneries in Petersburg won’t be operating in 2018 for the second year in a row. Ocean Beauty Seafoods says it won’t have its can lines running in Petersburg again this year.

The company’s vice president of marketing Tom Sunderland explained the low harvest of pink salmon forecast in 2018 is part of the reason. “There’s two things together, one is the low harvest doesn’t really justify it and the other is the fact that the market is a lot hotter for frozen product as opposed to cans and that plant is primarily a cannery,” Sunderland said. “So there’s not expected to be a lot of fish in Southeast and we have plenty of canning capacity other places.”

The company also kept the cannery closed in 2017 and instead sent salmon to its plant in Excursion Inlet, about 40 miles west of Juneau. That plant produces frozen salmon, instead of canned. The cannery was also shut down in 2010 because of a weak pink salmon run and in 2012 after the state ferry Matanuska damaged that building.

So will the cannery open again in future years?

“You know I don’t know the answer to that, I wish I did,” Sunderland said. “I think that depends a lot on market conditions, cause as I said that plant is an efficient cannery but not necessarily an efficient freezing facility. So some of that depends on market conditions. If the market moves to where canning is more lucrative relative to the value we get for freezing fish right now then it would make sense to operate it.”

Sunderland said the demand for frozen pink salmon is strong and expects that trend to continue in the next year.

Ocean Beauty’s office will still be open in Petersburg and the company will still be providing support for its fishing fleet and buying fish in the area. Sunderland says a floating processor also could be brought to Petersburg if the pink salmon harvest comes in larger than expected. When the cannery is operating it employs about 200 processing workers during the summer months.