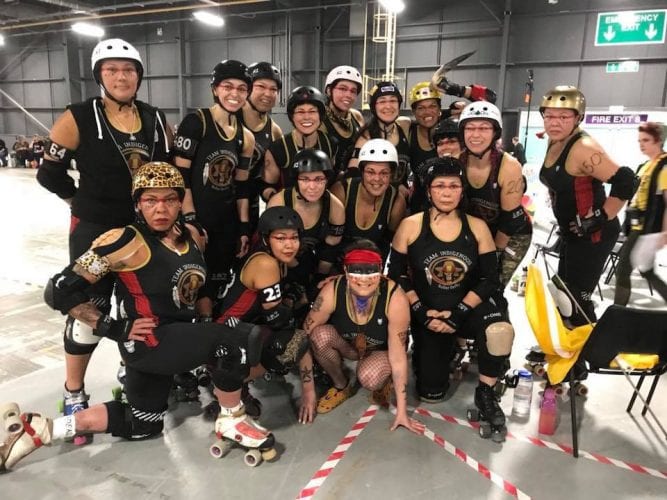 For one woman from Petersburg, her first trip outside of the country was to compete at the Roller Derby World Cup early this month in Manchester, England.
Victoria Moore, who goes by the derby name “Deckem,” was one of 17 skaters on Team Indigenous, a new entry at the World Cup. The competition, February 1st-4th, featured 38 teams from around the globe.

Moore was the only skater from Alaska on Team Indigenous, made up of Native and First Nation women from the U.S., Canada and New Zealand. They’d only met online before the competition and didn’t have their first practice until January 30th, days before the first competitive bouts. Team Indigenous had four bouts, three losses and one win. Moore says she skated in two of those. Joe Viechnicki spoke with Moore about her experience.

Moore is also thankful for the fund raising support she received helping her cover expenses from the trip. Moore skates with Petersburg’s derby team, the Ragnarök Rollers. That team may be sending some skaters to a bout in Wrangell in March and may have home bouts in April or May.