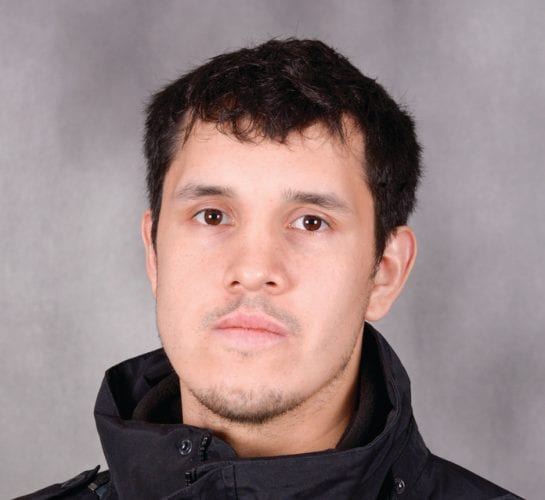 For the first time in about two years, the Southeast community of Kake has a village public safety officer and is in line to get another. The rural village of about 600 residents on Kupreanof Island has had no local law enforcement presence during that time. Alaska State Troopers and Alaska Wildlife Troopers in larger Southeast communities have been the first response, sometimes hours away by plane or boat.

The Central Council of Tlingit and Haida Indian Tribes of Alaska in April announced the hiring of Dean Cavanaugh, who was raised in Kake and graduated high school there in the class of 2007. He’s been living and working in Anchorage for nine years but has decided to move back to Kake with his fiancé and two kids. Cavanaugh’s first day on the job was April 13th. He’ll be attending a 16-week training course in Sitka later this year. In the meantime, other VPSOs are helping to train him.

“I think with every law enforcement agency right now law enforcement is facing a challenge of recruitment,” Wilson said. “But it has been two years, I think it’s been roughly two years since we’ve had a VPSO is the community of Kake. Extremely excited we had a young gentleman step up to the plate and decided to take on this huge task that’s actually from Kake.”

State grants are paid to Native non-profit corporations for the VPSO positions. In rural communities in Alaska, the officers serve as law enforcement and perform as first responders in fire, medical emergencies and searches. Wilson thinks Cavanaugh’s ties to the community will be both a benefit and a challenge.

“He’s grown up there so everybody knows Dean,” Wilson said. “It’s also harder in the respect that Dean has family there so there may be situations that Dean comes face to in dealing with potential family members in certain matters. That’s a huge challenge to ask anyone to do. So, extremely proud of Dean for stepping up to the plate. I very much look forward for Dean. Everything looks promising for Dean to do a good job in the community of Kake and provide a good service.”

Kake has been approved for a second VPSO and Wilson says that job in the process of being filled. Tlingit and Haida Central Council has funding for eight positions in seven Southeast communities. Two are currently vacant, one in Pelican and one in Hydaburg.