Norwegian ambassador celebrates May 17 in Ballard and Petersburg 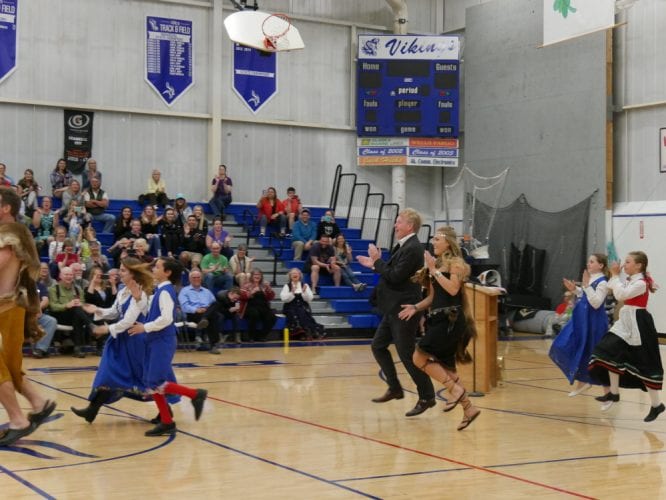 Norwegian Ambassador to the U.S. Kåre Aas joins a dance in the festival pageant at the Petersburg High School gym Saturday, May 19, 2018 with Valkyrie Samantha Marifern. (Joe Viechnicki/KFSK)

Norway’s ambassador to the U.S. this year celebrated a national holiday in two communities with strong Norwegian heritage in Ballard, Washington and Petersburg, Alaska.

Ambassador Kåre Aas was grand marshal of the May 17 parade in Ballard and the next day came to Petersburg, for the community’s Little Norway Festival. It’s the third visit to Petersburg for Aas and he’s in town until Tuesday.

Joe Viechnicki sat down with him to talk about the ties between the two countries and his latest visit.