At last week’s “Diving For Science” event in Petersburg, kids, adults, and at least one dog got acquainted with some of the sea creatures that live in Southeast Alaska. Two divers brought urchins and crabs from elsewhere in the region to North Harbor and then dove in to see what animals were hanging around the dock. Alanna Elder filed this audio postcard from the dive. 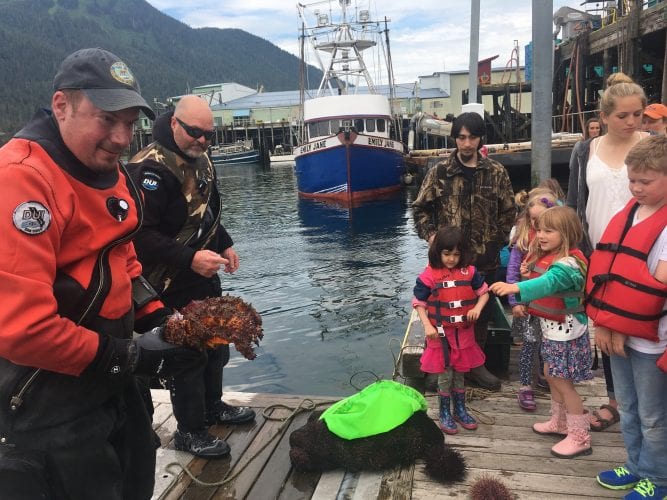 Diver Joe Stratman shows a Puget Sound king crab to a group of kids while Jeff Meucci prepares for the dive next to a cluster of sea urchins. Photo Credit Alanna Elder 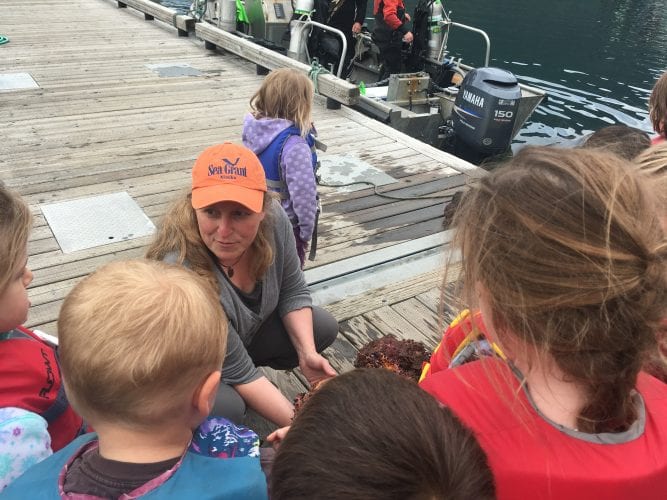