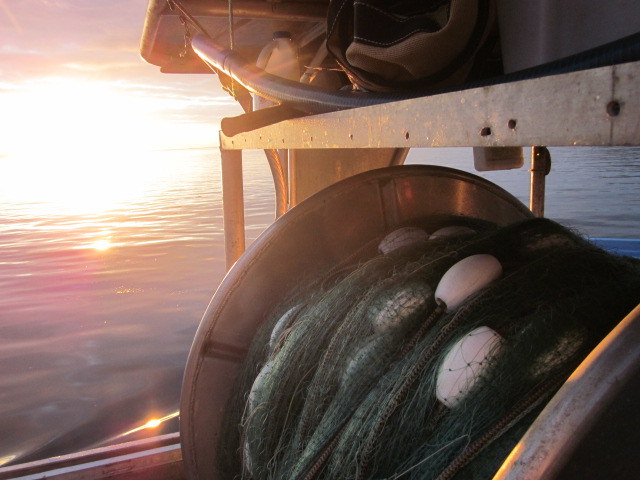 Returns of sockeye salmon in central Southeast Alaska have been disappointing this summer and fishing effort in this area has been low.

It’s not unusual in the start of the season for the bulk of the gillnet fleet to focus on the northern end of Southeast, chasing hatchery chums returning to the Juneau area and Lynn Canal. That normally leaves fishing effort low in districts 6 and 8 near Wrangell and Petersburg.

“That was particularly exacerbated this year by the low abundance of sockeye in the district 6 and district 8 area,” said Troy Thynes, area management biologist with the ADF&G in Petersburg. “There wasn’t enough to keep boats around. So we lost even more than usual.”

District 8 around the Stikine River has seen only a couple dozen boats fishing in the early part of July but that increased toward the end of the month. Effort in district 6 near the northern end of Prince of Wales Island was a little higher, topping 40 gillnetters by the middle of the month and nearing 70 boats by late July.

Openings for the areas in central Southeast were delayed because of a small forecast for sockeye along with concerns over returns of king salmon to the Stikine River. District 6 didn’t open until June 17, a week later than it could have opened. District 8 didn’t open until July 1st.That’s three weeks later than it could have opened.

Thynes said catches have been lower than expected. “Sockeye catches in both districts have been relatively low all season long, partly due to we’ve had extremely low effort in both areas, but it’s also because sockeye abundance is down. Out first in-season estimates Stikine sockeye came in much lower than the pre-season forecast and continue to be low.”

The pre-season forecast for the Stikine was 185,000 sockeye. Now it’s looking like the run will come in more like 100,000-125,000 fish, well below the recent 10-year average. Those red salmon make up the bulk of the sockeye caught in district 8; in district 6 there are other sockeye stocks mixed in. But Thynes explains they’re all under-performing.

“Overall it’s looking like we’re having a pretty poor sockeye run to, whether it be the Stikine or our local island systems,” he said.

Besides delayed openings, Fish and Game also restricted fishing area and even had a maximum mesh size to reduce catches of Stikine River king salmon. That run is experiencing historically low returns and is not expected to meet its goal for fish returning to spawn. By late July the mesh restriction was lifted as the bulk of Stikine kings that were going to return had already made it back to the river. Gillnetters were able to catch some hatchery kings on their way back to a release site to Anita Bay near Wrangell in early July.