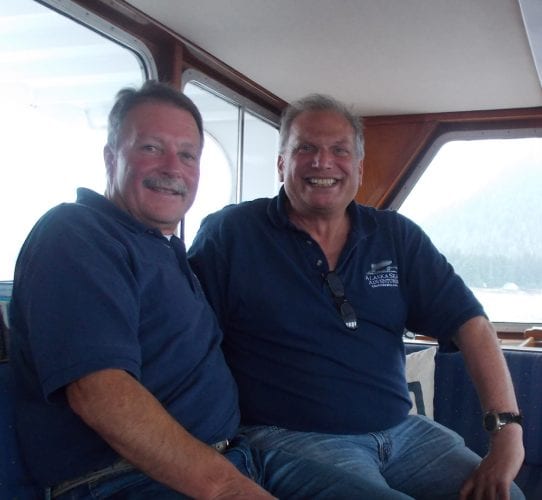 A long-time researcher on the behavior of humpback whales will be speaking Monday, July 30 in Petersburg. Adam Pack is a professor at the University of Hawaii at Hilo and has been studying dolphins, whales and sea lions for over three decades. His work has been featured in the New York Times, as well as national magazines and television shows. He’s also a guide on week-long whale research expeditions with Alaska Sea Adventures along with Dennis Rogers onboard the Petersburg-based charter yacht Northern Song. Pack is helping lead more of those trips this summer, studying the whales that spend part of their year in Hawaii and part in Southeast Alaska. Joe Viechnicki spoke with Pack about his latest research.

Adam Pack will be speaking Monday, July 30 at 7 p.m. at borough assembly chambers.