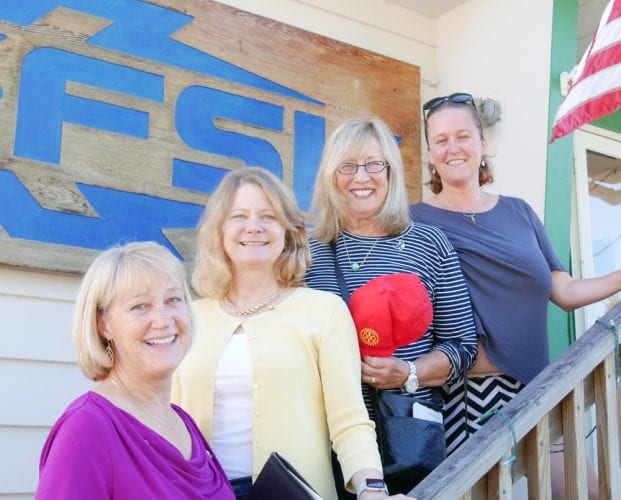 Petersburg’s Rotary club welcomed the district governor for the Yukon and Alaska last week. Rotary, an international service organization, works to eradicate polio and do other health and sanitation projects in communities around the globe. It’s also well known for its student exchange program.

Diane Fejes of Anchorage started her year-long term as the governor for District 5010 in July. The district encompasses 40 clubs in Alaska and the Yukon and Fejes is visiting as many as she can over the next year. She stopped by KFSK along with the president of the Petersburg club Chandra Thornburg, Rosie Roppel of Ketchikan and Kim Erickson of Willow. Joe Viechnicki spoke with them about Rotary’s service projects and started out asking Fejes about Rotary’s focus in the district.