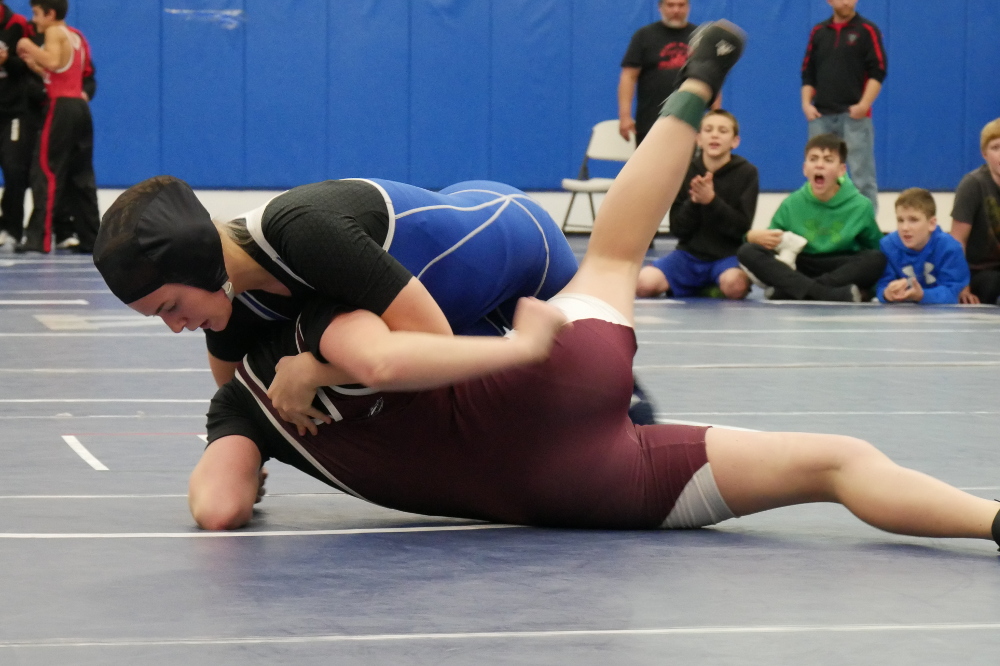 The team is not wrestling this weekend and next goes to Ketchikan at the end of the month. The Vikings are fund raising Saturday, October 21 selling firewood in the parking lot behind the community pool starting at 12:30 p.m. 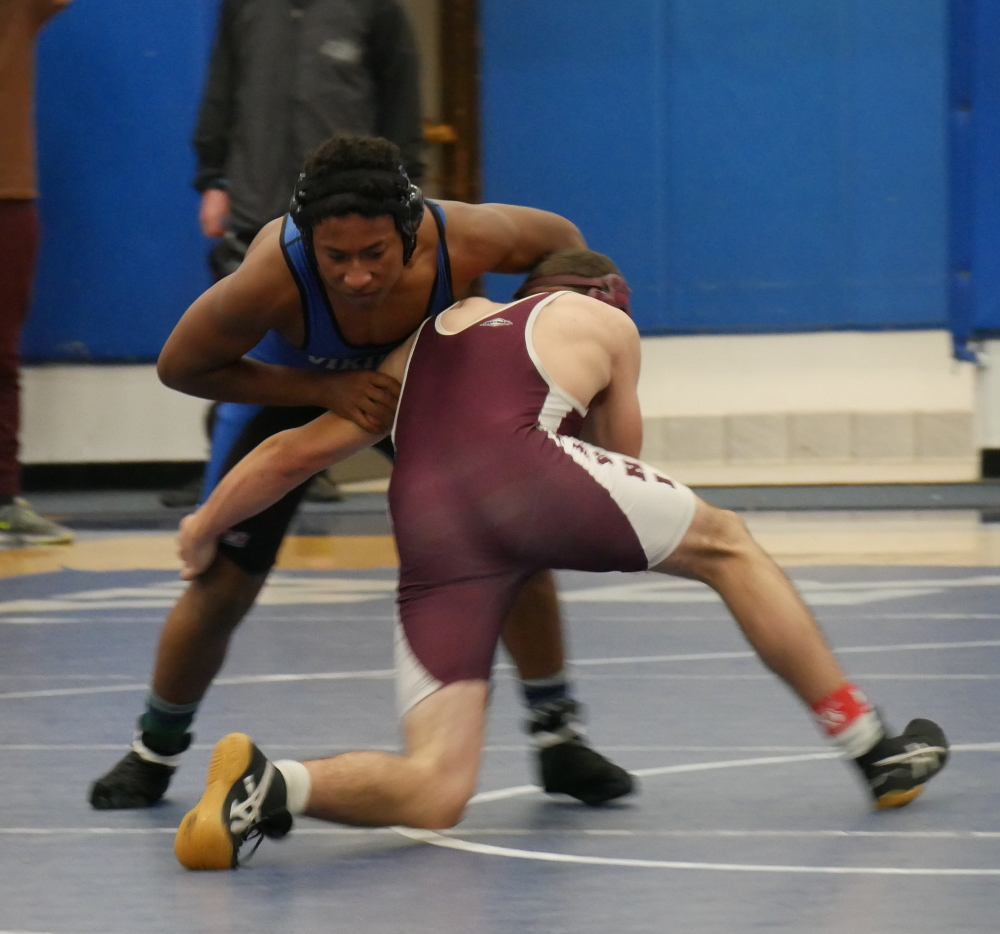 A Ketchikan wrestler shoots in for a takedown against Sawyer Bryner of Petersburg Saturday, October 13, 2018 at the PHS gym. (Joe Viechnicki/KFSK)