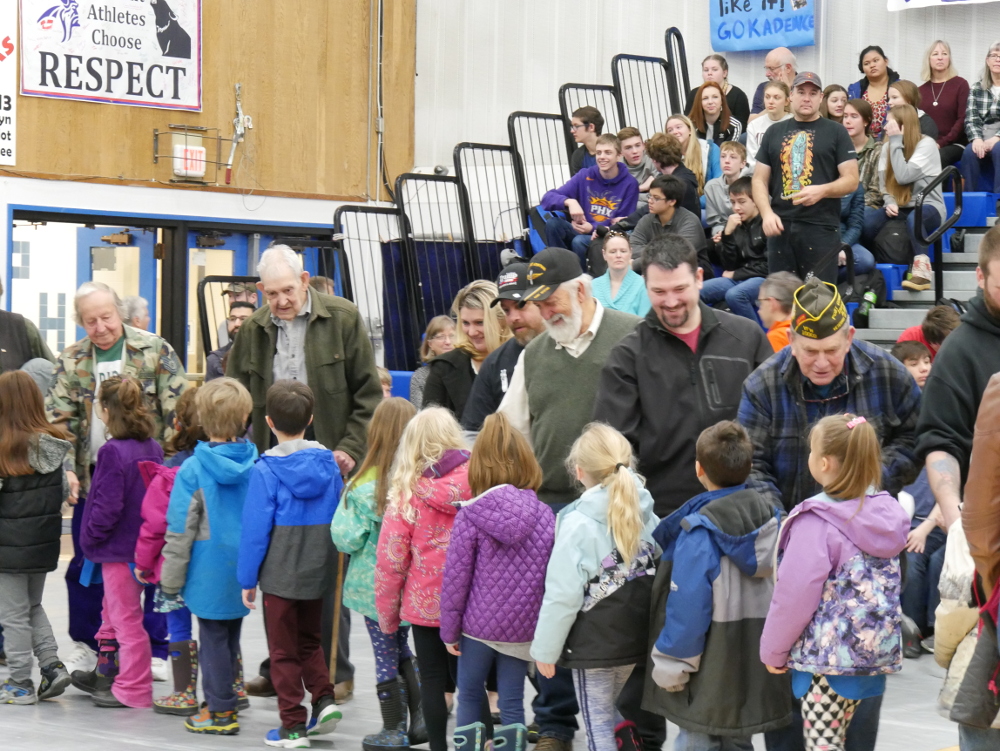 Petersburg’s three schools Monday honored those who have served our country. Dozens of local veterans were there to shake hands with students and hear their thoughts on that service. And on the day after the 100th anniversary of the end World War One, Vietnam War veteran Grant Trask wore an infantry uniform from World War One. It belonged to Carl Schiller, the grandfather of two former Petersburg students, Glorianne Wollen and her brother J.P. DeBoer. 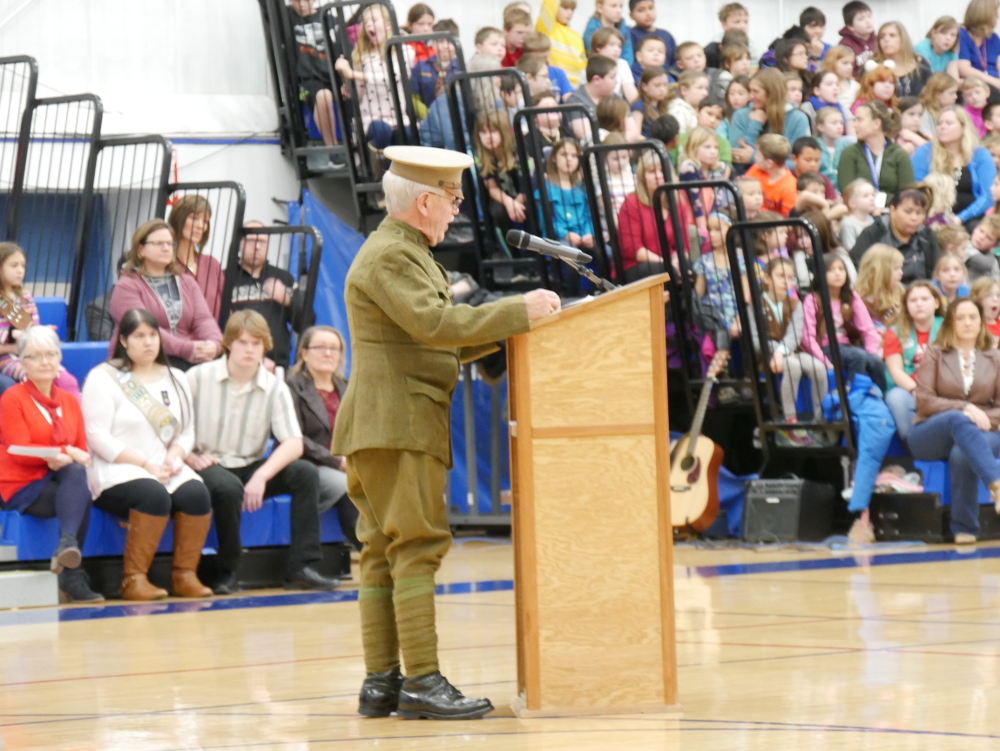 Marking the 100th anniversary of the end of World War I, Vietnam War veteran Grant Trask wears an infantry uniform from Carl Schiller, grandfather of two former students at the schools. (Joe Viechnicki/KFSK) 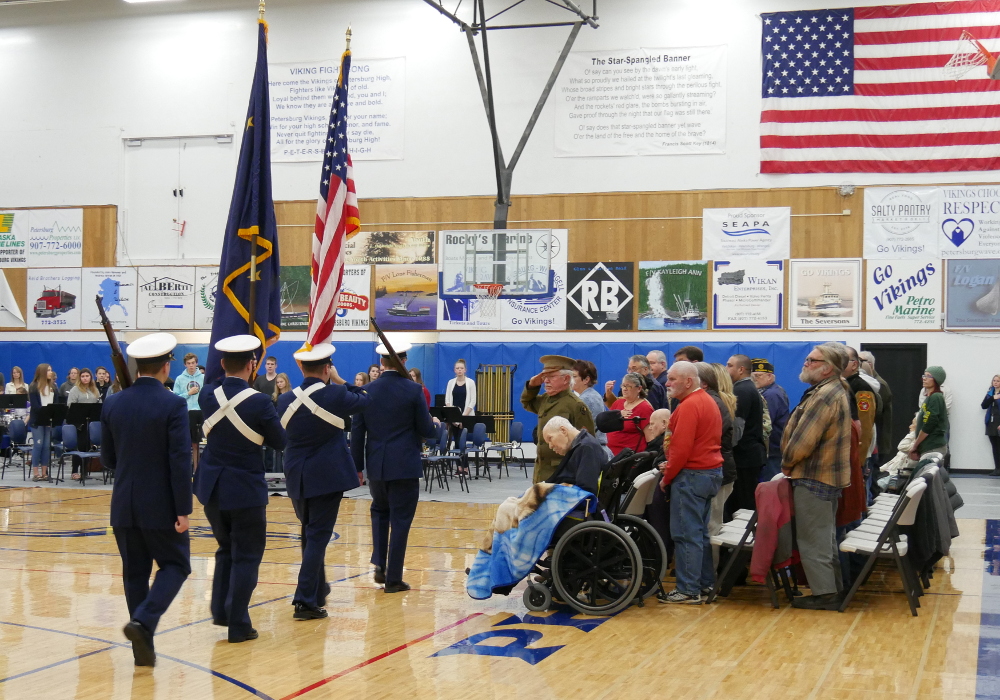 If you missed it, you can watch the Veterans Day ceremony on the school district’s youtube page.