Game board to take up shooting from a boat, other regional changes to hunting rules 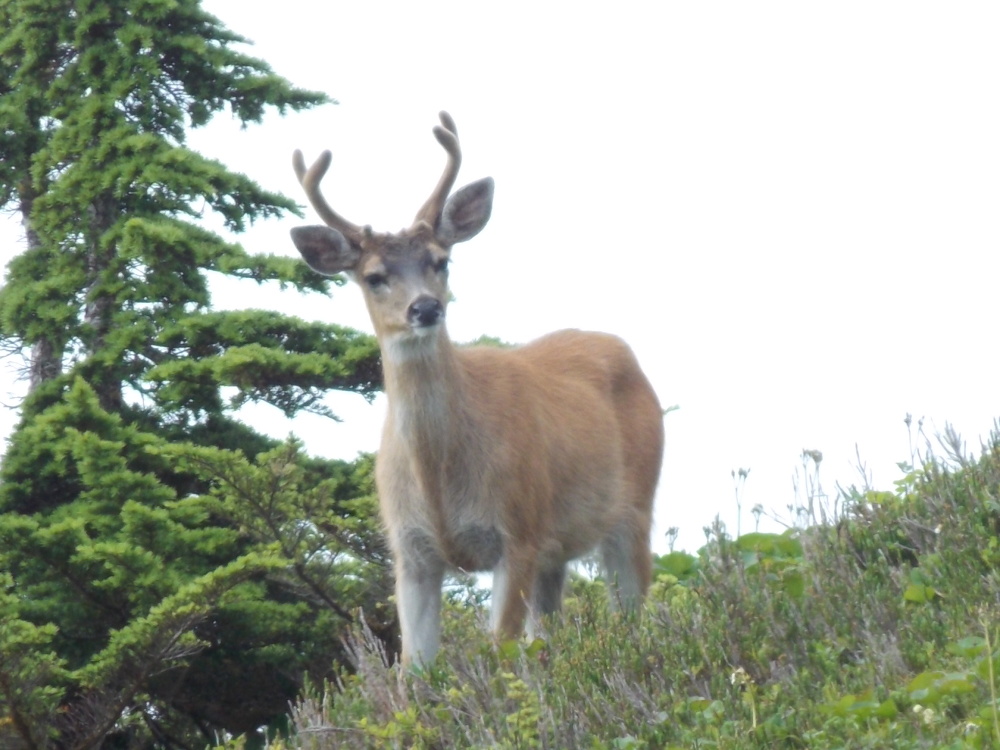 The state’s Board of Game meets in Petersburg this month to consider over 50 proposals to change hunting and trapping regulations in Southeast Alaska. While many of the proposals are limited to one part of the region, 16 of those would make region-wide changes for how people can hunt deer, black bear, waterfowl and trap beaver and other animals. Petersburg’s Fish and Game advisory committee weighed in on some of those regional changes at a meeting last month.

One of the regional proposals seeks to allow shooting animals from a boat that’s no longer under power. It’s a practice allowed in other parts of the state. Proponent Nicholas Orr says hunters are already engaging in the practice and it should be allowed.

Petersburg advisory committee member Ben Case didn’t like the idea because of safety concerns. “You know when you’re on the beach hunting, the idea of somebody shooting from a boat in Southeast where it’s pretty wooded, a lot of times I don’t think it’s a sound practice personally,” Case said at a committee meeting in December. “And I don’t think a lot of times you can get as good of a shot.”

But others on the committee thought it would work in this part of the state. Kirt Marsh supported the change “Having hunted a little bit up north and down here and it’s legal to float a river and shoot from boat where there’s a lot of brush and there’s a lot of stuff, thicker than what we have here, I don’t think that’s much of an argument,” Marsh said. “It seems kind of ridiculous to me that all over the state they can hunt from a boat, shoot from a boat, but here we have boats and lots of boats, we can’t.”

In Southeast shooting from a boat was legal before 1972. Since the mid-1990s it has also been allowed for subsistence hunting on federal land, but not along shorelines of marine waters.

Fish and Game is neutral on the proposal but notes it could “significantly increase deer harvests particularly in deep snow conditions when deer tend to congregate on beaches.”
Ten on the committee supported it, one was opposed with one abstention.

The same proponent for that change also is seeking to relax the salvage requirement for deer rib meat. Hunters are required to remove and use rib meat, but this change would make that optional. Nicholas Orr says there’s little usable meat, especially if a hunter shoots a deer in the ribs. And he argues that the time it takes to remove that meat adds to the chance of encountering a bear while field dressing or butchering a kill. Petersburg’s committee was unanimously opposed to that change.

Another proposal seeks to allow feeding deer or use of a food plot on private property in the region. It’s a tactic used in other states to attract deer for hunting. The proponent Lucas Shilts submitted the change arguing it would help deer populations survive Southeast winters and help hunters focus on more mature bucks.

“You know feeding deer concentrates deer which just promotes the spread of disease and it’s been shown to do that in other states,” said Tom Schumacher, regional supervisor for the Alaska Department of Fish and Game’s Division of Wildlife. He listened in to the meeting by phone and said the department had serious concerns about the proposal. Schumacher said some states are prohibiting the practice because of the spread of chronic wasting disease (CWD) and other health problems impacting animals.

Committee member Don Spigelmyre agreed the proposal was a bad idea. “I come from a state that allows feeding and I agree completely,” he said. “We got CWD, blue tongue (virus) and the major cause of this is caused from food plots, corn, that type of thing where the animal’s mucus membranes come into touch with one another or they feed on something and it drops out of the mouth of a diseased deer and it can pass and spread through the herd really quickly.” Petersburg’s committee was unanimous in opposition to that change.

Another proposal seeks to lengthen the season for waterfowl hunting into January. The season length is limited to 107 days while the start and end dates are constrained by federal wildlife managers. Yet another proposal seeks to shift the hunting season for migratory birds in game management units 1-4 two weeks earlier for its start and finish. Proponent Mike Vaughn wants to be able to start hunting September 1st instead of September 16th. Vaughn submitted a proposal in 2008 to change to the current start date but says hunters are missing opportunity for sandhill cranes, pintail, teal and wigeons.

Committee member David Benitz agreed with a change back to an earlier start. “We’ve been missing most of the sandhill crane migration the last several years. They come through in September and when they changed this, we don’t get to hunt them on the river like we used to,” Benitz said. “Plus the teal and wigeon hunting is really good in September if we can get over there. And the duck hunting the last two weeks of December is kinda cold and hard on the dogs and I don’t think it’s that great.”

Others on the committee liked the late season mallard hunting at the end of December. “I’ve seen in the past where there’s a lot of young kids that are in school that don’t get to go very much until Christmas break, Christmas vacation, and they get to go,” Marsh said. Only two on the committee were in support of that change. The rest were opposed or abstained.

Other regional proposals seek to reinstate a requirement for identification tags for traps, or create a requirement that trap lines be marked with signs. The Board in 2016 voted to remove the trap ID requirement for Southeast. It was meant to help with conflicts between trappers and other people who have seen pets or wild animals caught in traps.
One proposal seeks to extend the trapping season for beaver. Others seek to change black bear hunting requirements.