February 16th is Elizabeth Peratrovich Day in Alaska, commemorating the life of the civil rights leader, born in Petersburg. Peratrovich and her husband Roy lobbied the Territorial Legislature for the successful passage of the Anti-Discrimination Act in 1945. There are several events to mark the day locally, including a film and discussion this evening at the Petersburg Indian Association’s Seaside House restaurant. The film is called “For the rights of all” and the featured speaker is Jackie Martin of Juneau. 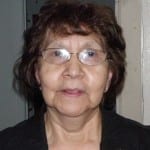 Like Peratrovich, Martin is a former president of the Alaska Native Sisterhood Grand Camp. She has researched the founding fathers and mothers of the ANS and the Alaska Native Brotherhood, which formed 100 years ago. Joe Viechnicki spoke with Martin about what she’s learned in her research.