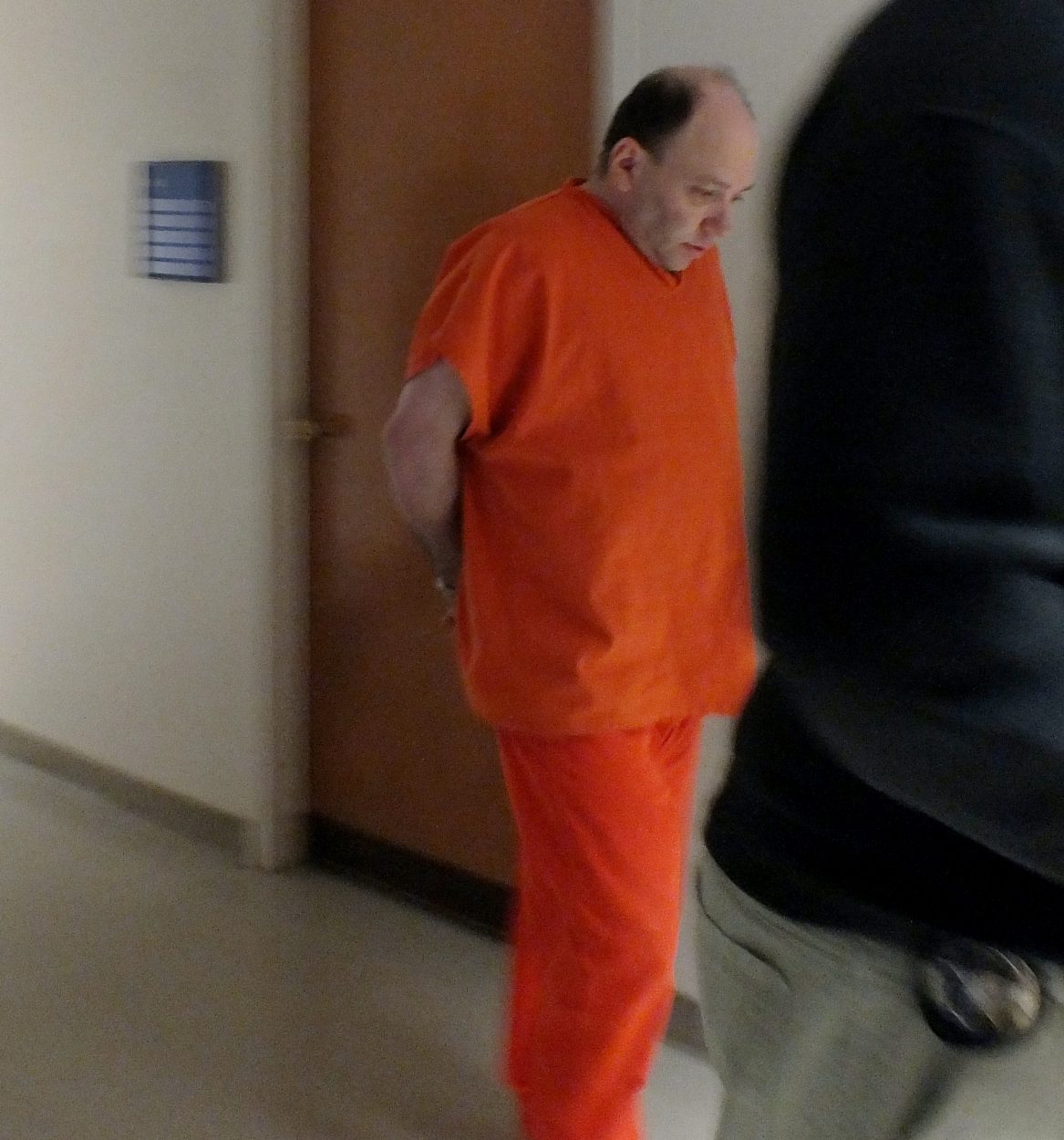 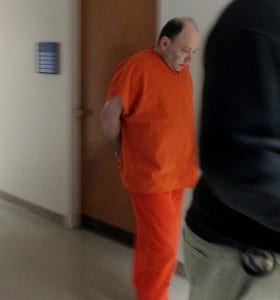 Tye Leif Petersen is escorted by U.S. Marshals to his sentencing hearing on child pornography charges in Juneau on Jan. 7, 2015. (Photo by Matt Miller/KTOO)

46-year old Tye Leif Petersen, the former maintenance director of the Petersburg City School District, was sentenced to 12 years in prison for acquiring, possessing, and distributing child pornography. He was arrested at the end of October while he was traveling to Seattle.

Petersen was sentenced in U-S District Court on Wednesday after a reaching plea agreement with prosecutors last March. He was also ordered to spend 25 years on supervised release during which he cannot have contact with any child under 18 without an adult present.

Investigators say they recovered nearly 300 images and 22 videos of child pornography on Petersen’s home computer and found evidence that he traded over 2000 images and nearly forty videos through various email accounts.

Assistant U-S Attorney Jack Schmidt says it was “beyond someone who only kind of fell into it.”

Although not part of the original charges, Schmidt noted that Petersen took and collected non-pornographic images of Petersburg children for distribution on child pornography sharing networks. Schmidt says ‘the images will be traded forever without the victims’ knowledge or consent. Once on the internet, they’re impossible to retract or destroy.

Schmidt also says Petersen used his position at the school to recover images stored on computers that were distributed to students for their use during the school year. Petersen also used a peephole in a maintenance room to watch and photograph visiting student athletes who may have been using or staying overnight in an adjacent room at the school.

Petersen’s mother and sister spoke in support of him. Traci Hansen says her brother has always been a quiet and reserved person, a loving and caring man. She said the offense “does not define him as a person.”

Tye Petersen referred to a letter that he earlier wrote to the judge, and said he deeply regretted what he had done and he wanted to apologize to all the people he had wronged. He said he did not fully understand the impact on other people.

Judge Timothy Burgess said Petersen’s conduct reflected a high level of betrayal and deceit. The twelve years handed down for each of the charges for acquiring, possessing, and distributing child pornography will be served concurrently, or at the same time. Judge Burgess ordered that Petersen be incarcerated at a Colorado facility that provides treatment for sexual offenders.

In addition, Petersen must pay restitution of 3-thousand dollars each to two unnamed victims of child pornography. The victims are not Petersburg residents, but children identified by the F-B-I as subjects in some of the pictures that Petersen received by email.