PHS student plays in a 230 piece band at festival 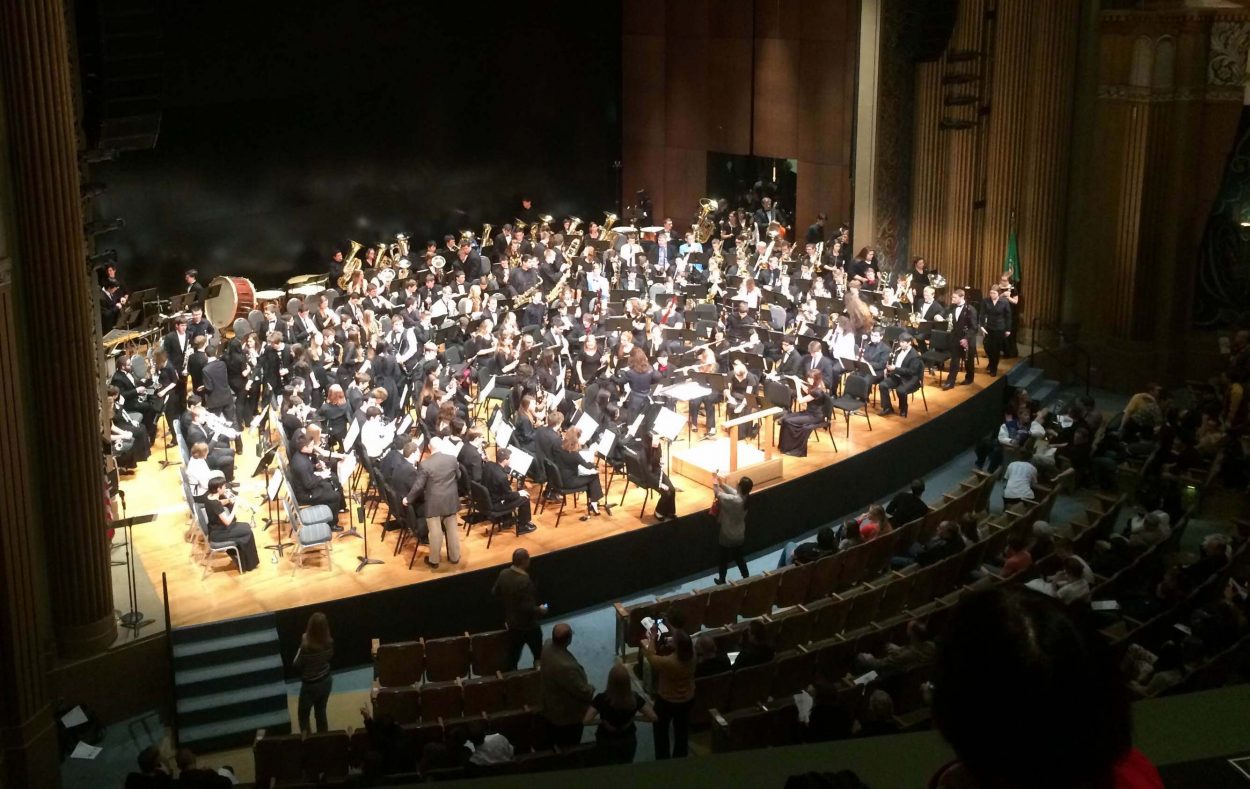 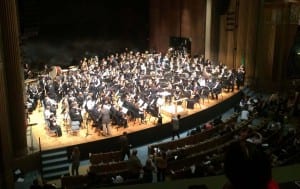 Skipper Erickson played in a band with 230 students from six states. Photo/Matt Lenhard

At the three-day festival, Erickson played music with 230 other students, a different experience from the 55 piece band he’s used to playing with at school.

The students came from six Northwest states: Alaska, Washington, Oregon, Montanan, Idaho and Wyoming. They practiced everyday leading up to a final concert.

Erickson was accepted into the festival after auditioning. He worked on preparing for it all last summer and sent in recordings of himself playing in the fall. He is the first player from Petersburg to make the festival since 1999.

The All Northwest Music Festival is put on by the National Association for Music Educators.

“It takes a lot of work for someone to make it into these bands,” Lenhard says. “You have to spend a long time with your instrument and really have it down as perfect as you can.”

Lenhard accompanied Erickson to the festival and says it’s a unique experience.

“You know, in a band that size you have to be rhythmically accurate to keep this whole machine clicking together,” Lenhard says. “Every single one, every single one of those 230 are like power house all-star players. I mean, there is no weak link in that band.”

“It was really big and powerful sounding in the room we were in,” Erickson says. “There was a lot of. . .it echoed a lot like an auditorium. So, when we cut off a note you could still hear the sound for seconds after. It was, it was really cool.” 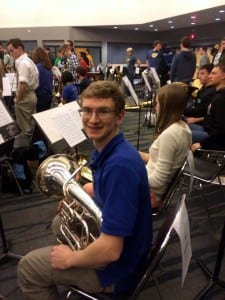 Erickson was one of 11 euphonium players in the big band. Photo/Matt Lenhard

Erickson started playing the trombone in the sixth grade and moved on to the euphonium. He says he plays music mainly because it’s fun.

“And sometimes it’s challenging, you have to work at it but I just really enjoy it,” Erickson says.

“You know with music, the value of music in schools and really for humanity is it brings people together to express something, to express a shared emotion that as you see, words can fail to describe,” Lenhard says. “And it’s a great feeling that we look forward to everyday in our music classes at the high school, a chance to work things through together, to persevere towards a goal and to enjoy how we sound together.”

Lenhard says Erickson goes to extra lengths when it comes to learning music. He says he often brings in other students to the music room to play music that is not assigned.

As a senior, Erickson has a limited time left for playing with his classmates but he says he’d like to continue music in college.

“Maybe not as a major but I’d still like to play in a concert band or a jazz band and pep band,” Erickson says.