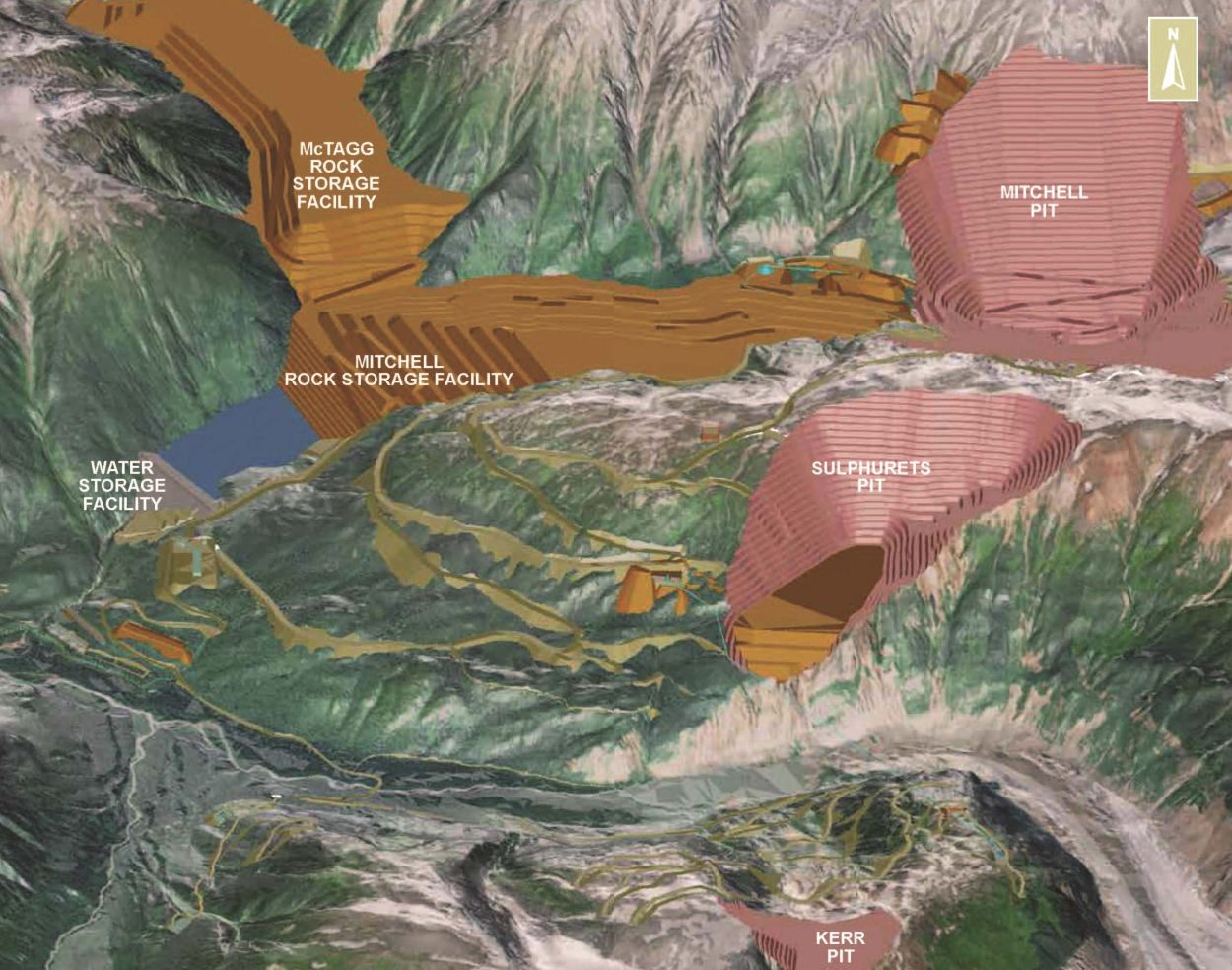 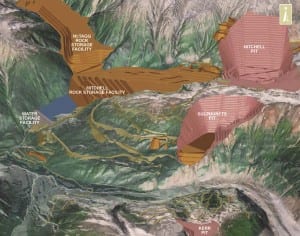 The KSM project’s mine site layout during the operation phase, from its environmental assessment certificate application. (Image courtesy Seabridge Gold)

A new report from two environmental groups claims a proposed gold and copper mine northeast of Ketchikan is too risky to build.

“The most significant risk associated with what KSM is proposing is the unprecedented volume of water that the mine is planning to manage and treat,” says Bonnie Gestring, of the Montana office of Earthworks, a conservation organization focused on mines.

She says it will handle more than 20 billion gallons a year, nearly eight times the volume of the next-largest open pit mine in North America.

Another major concern is the tailings dam, which will store waste rock. The report calls it a failed technology condemned by a Canadian report on another mine’s dam breach last summer.

Gestring says what’s new is an examination of the KSM’s financial feasibility. Construction of the remote mine is estimated to cost more than $5 billion, Canadian. She says the numbers just don’t work.

“We looked at the company’s economic analysis and the metal prices it based that it based its analysis on and compared that with current metal prices to show that its forecast or economic assumptions are unrealistic,” she says.

The report says that would make it difficult for the company to pay for long-term storage and treatment of mine wastewater.

The KSM prospect is owned by Toronto-based Seabridge Gold. It’s in the watersheds of two rivers that enter the ocean within 50 miles of Ketchikan.

The company’s spokesman is at the remote mine site and couldn’t be reached for a response.

In an earlier interview, Environmental Affairs Vice President Brent Murphy said the mine design is safe and can generate profits.

“We have confidentiality agreements with major mining companies and discussions are ongoing. So we have people who are going through our files,” he said.