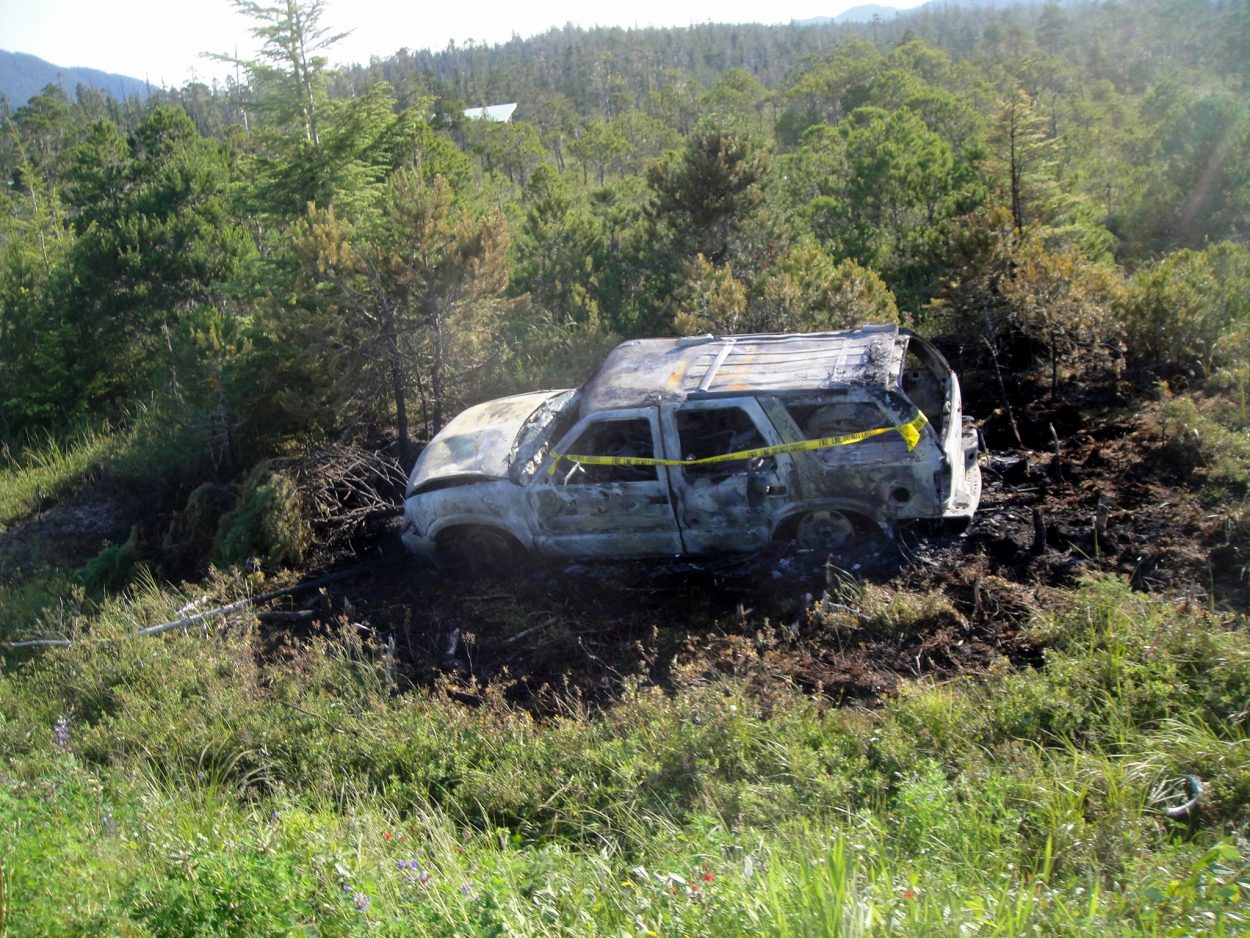 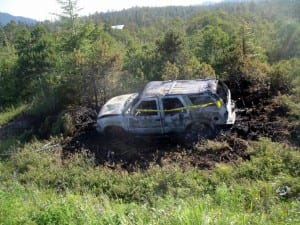 The car is believed to have gone off the road prior to being set on fire. Photo courtesy of the Alaska Wildlife Troopers

A car was destroyed in a suspicious fire outside of Petersburg.The volunteer fire department received a call about it at midnight Sunday. The car was located about 13 miles out of town just off the Mitkof Highway.

Dave Berg is spokesman for the fire department and talked with Angela Denning about what happened:

The car fire is the second suspicious Petersburg fire in a week. Last week, a vault toilet was destroyed at the Man Made Hole recreation area outside of town. It was believed to be set on fire as well.