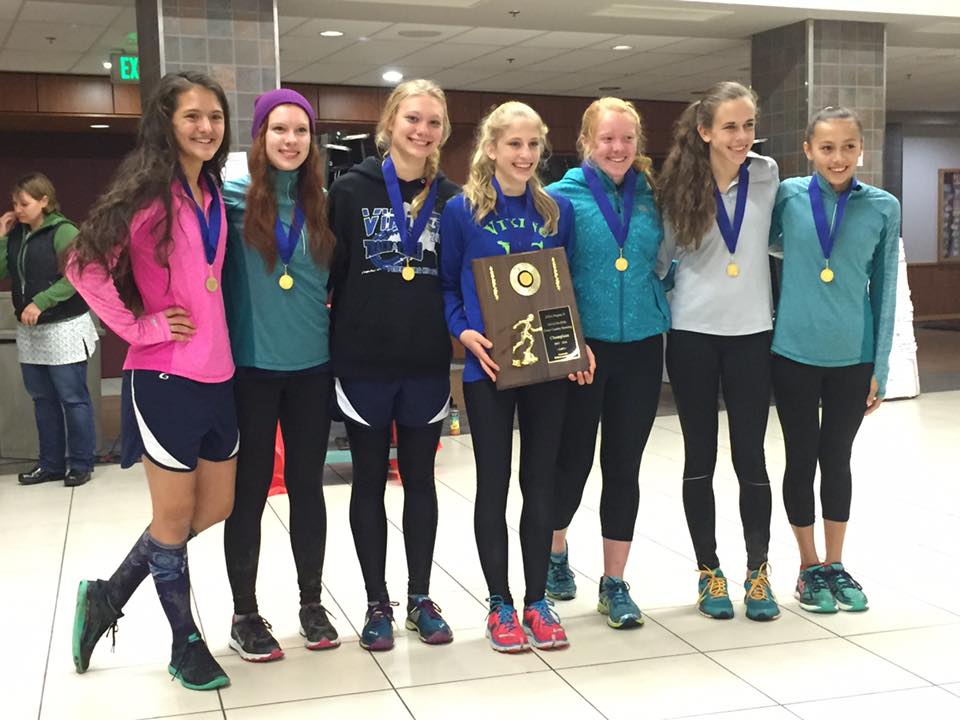 The Petersburg High School girls cross country team took first place among the 1A-2A and 3A schools at the regional meet on Douglas Island near Juneau Saturday. Four PHS runners finished the five kilometer course in under 23 minutes and five were in the top 10. 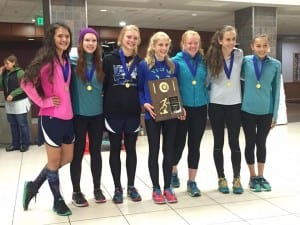 The boys finished in fourth place, second for 2A schools behind Craig. Sitka took first place, followed by Craig and Mt. Edgecumbe. Tucker Hagerman was ninth overall with a time of 18 minutes and 22 seconds. Nathaniel Lenhard was 12th.

Joe Viechnicki spoke with coach Tommy Thompson about Saturday’s effort.
All seven girls team members qualify for the state meet along with Tucker Hagerman and Nathaniel Lenhard for the boys. They run again this Saturday at Bartlett High School in Anchorage.