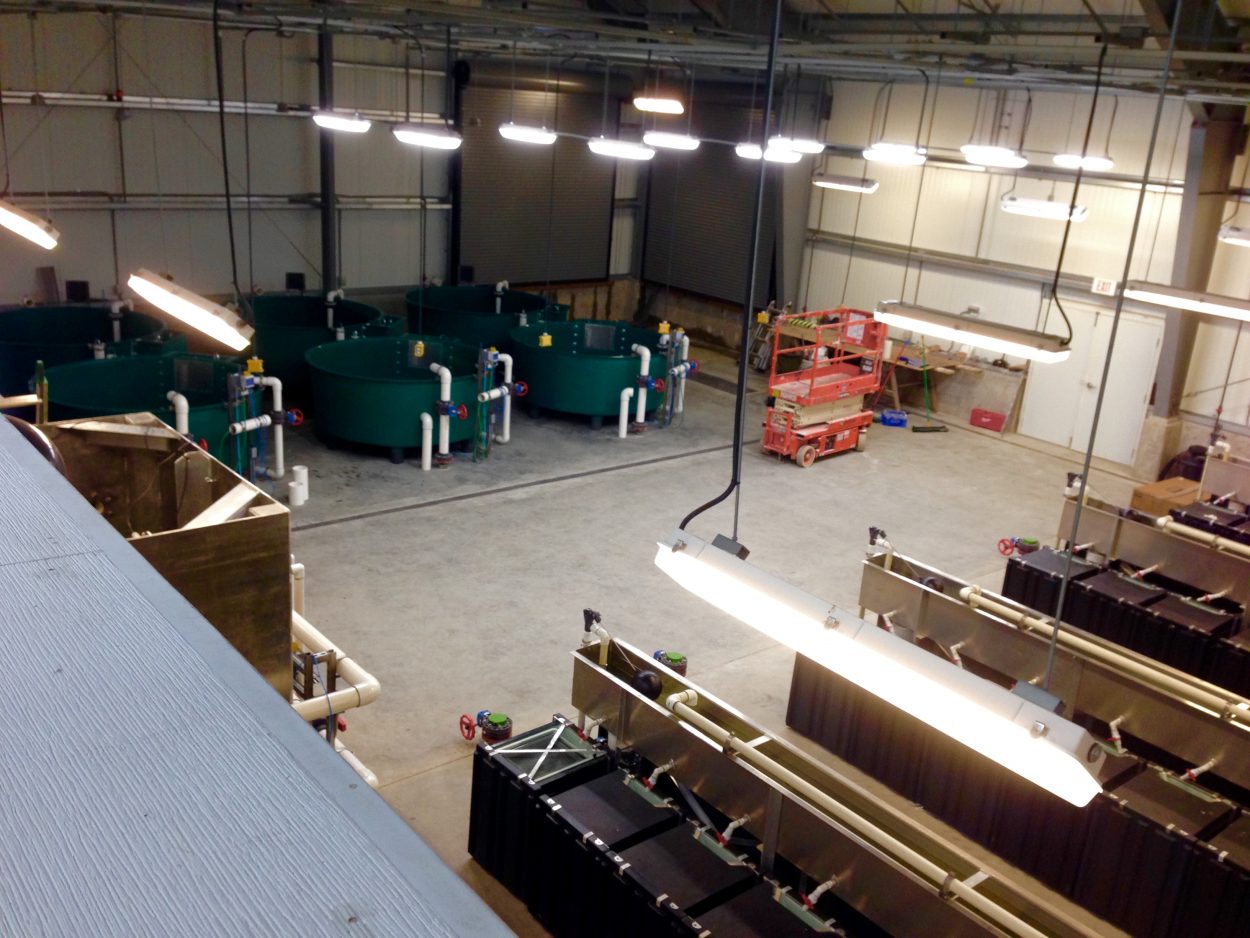 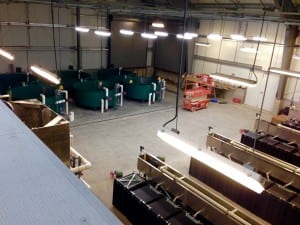 Millions of tiny baby King salmon are growing at Petersburg’s hatchery in brand new equipment. After the Crystal Lake Hatchery’s incubators and generator shed were destroyed in a fire in March of 2014 the facility was rebuilt with new technology. As Angela Denning reports, it’s helping to fine tune the fish rearing process.

The fire raged through the early morning hours on March 3. Located 18 miles south of Petersburg, the facility was just too far away for responders to stop the flames. The hatchery’s main incubation area burned. Over a million King eggs were lost.

Now, over a year later, a new facility stands in its place.

Loren Thompson is the manager at the Crystal Lake Hatchery. He’s been working here for 15 years for the Southern Southeast Regional Aquaculture Association or SSRAA. The association operates the facility but the state owns it.

The old wall heater was suspected as the source of the fire. But it wasn’t just the wall heater that was dated. Thompson shows me into the main building where we are met with the buzz of new technology. They couldn’t replace the equipment with the same 30-year-old machinery because it’s not made anymore. But it could be a blessing in disguise.

“Even the cost of running things, everything is so much more efficient now,” Thompson said.

The new equipment is all about control. Thompson points to the hatchery incubators where the eggs are right now.

“We can recirculate this water and run it through the chiller and knock off probably four degrees,” Thompson said. “If it’s 16 we can get it down to 12 or 11. So we can cool things down and that slows the development of the egg.”

The system controls the environment to grow the salmon eggs the way you want. If they let the eggs go at 16 degrees for example?

“It just happens too fast, the development would be too fast,” Thompson said. “We’d have to actually almost pull these things out the incubators at Christmas time. And we don’t want to do that. We’d rather wait until March or so.”

The little fry could then enter a world of warmer spring water spurring them to eat and grow well.

Hatchery workers know when the fry are ready to come out of the incubators by how much their yolk sacs weigh. The yolk sacs are attached to their body and when that equals six percent of their body weight, it’s time to move to a bigger tank. The workers keep close tabs on the fish by doing test weights every week.

Thompson and I walk over to six large green tubs on the other side of the incubation shed.

“What we can do is put about a quarter million fish within these six ponds,” Thompson said. “It goes back, what we’ll do is probably have 25 percent new water coming in and we’ll recirculate 75 percent of water that’s been used. It goes back to this sump unit back here.”

The water is filtered, heated, re-oxygenated. It’s basically tricking the fish into growing a certain way.

“We can use this system to kind of manipulate the temperature,” Thompson said. “The lights above are all computerized. It simulates photo period, whatever you want the photo period to be. You can set that, they’ll gradually come on and simulate day light, they’ll stay on until you tell it to it to turn off and then it will kind of turn off slowly like the sun setting.”

This kind of accuracy is important. It’s technical control that will help trouble shoot any potential problems mother nature throws out. Say for example weather gets unseasonable cold like it did some winters ago.

“We got 20 feet of snow out here one certain winter and the snow pack didn’t leave the mountain until probably July,” Thompson said. “So, we had two degree water for months. And our fish just didn’t want to grow in that. In a situation like that these would come in really handy.”

New technology is not without its problems. As Thompson points out, it comes with equipment that must be maintained. But if all things go according to plans the eggs in the incubators will eventually grow into strong healthy smolt which will be released from the hatchery in the spring of 2017.