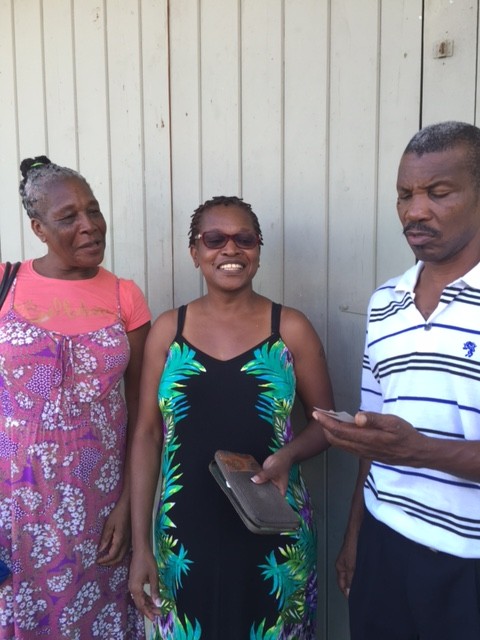 In mid-September, Petersburg resident Marina Leblanc returned to Dominica, where she spent part of her childhood and still has family. Leblanc brought food and supplies from her new island home in Alaska to her storm-damaged former island home in the Caribbean. In late August, tropical storm Erika brought 12 inches of rain to part of that island in a 12-hour period. That sparked torrential flooding and mudslides killing at least 13 people. The floods and wiped out roads and bridges and damage totaled nearly half a billion dollars. 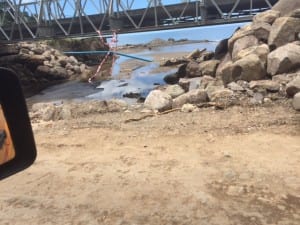 It was Leblanc’s first visit back since 2002. She struggled to make the journey, with her additional bags full of smoked salmon, clothing and everyday necessities. By plane she was rerouted from Puerto Rico to Guadeloupe and from Guadeloupe had to take a ferry to Dominica, as both airports were closed by mid-September. 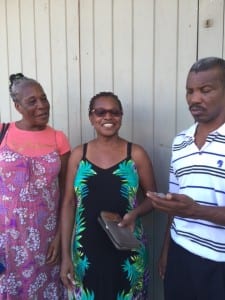 Marina Leblanc, center, during her trip to Dominica in September (Submitted photo)

Joe Viechnicki spoke with Leblanc about the trip.
Leblanc thanks the people and businesses in Petersburg that helped her collect food and supplies and get to Dominica. She wishes she were still there helping out, especially this week, as the people of the former British colony celebrate the country’s independence day every year on November 3rd.